Favorite Quote:
To see the world, things dangerous to come to, to see behind walls, to draw closer, to find each other, and to feel. That is the purpose of life.

By the time I was 16, my relationship with my surfboard might have been better than the one I had with my grandma. And apparently, my ardour for the waves was infectious, as I had quickly assembled a motley crew of surfing all-stars. Although the unreliable nature of the South Coast surf and life just generally getting in the way meant we didn’t always all surf together, I remember one sublime June morning when we did. When we all fell into place. With a splash.

Seb and Ruari were to arrive at my house for a start so early it felt like sneaking out after dark. Southwick’s MO was rarely having offshore winds and good swell at the same time, and when it did decide to, of course the timing of the tide meant that we were going to have to get up at half 3 in the morning. Mother Nature nurtured and nourished us, which was enough to get us up for her ruthlessly early starts. While Seb’s surfing prowess was quite cultivated already, Ruari had a particularly unique style that…isn’t shared in surfers who are of high capabilities, shall we say. But he compensated for this with his confidence-inspiring hoots when you caught a wave near him. Half asleep and half wishing we were still fully asleep, we set off for Southwick Beach.

It must have been quarter past 4 in the morning when we finally arrived at the beach, just as light was beginning to trickle into the sky and was beginning to light up the sea, revealing California-quality waves at a small beach off the South Coast of England. In my mind, the sight of clean lines of waves is almost an acquired taste. I couldn’t believe it the other day when I showed my non-surfer friend a picture of some squeaky-clean sets, and I wasn’t met with the same drooling excitement that I was feeling. I suppose we’re just ‘special’ like that.

This sight also apparently has the ability to break down all sense of rationality and planning. Myself, Seb and Ruari had planned to wait for Lucy and Darcey to arrive before we got in. We didn’t. We couldn’t. The pull. Too strong.

Marley Hollingdale-Tong was also supposed to meet us at the beach, but we’ll get to his intervention later. The perfection of this session has layers, one of which was the fact that Seb made the executive decision to get in at ‘Our Beach’ (dubbed as such due to the godly session of October 2019, in which the waves were pumping yet also empty, an advantage of this beach because it isn’t the regular surfing spot, but occasionally you can find its pulse, and it’s pumping). Despite my weariness of it at first, I thanked Seb profusely for his decision later, for the waves were, as Ruari most eloquently put: ‘Yummy’. As well as being absolutely empty. 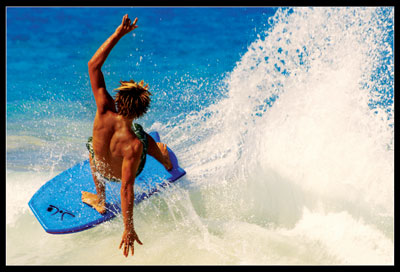 Maya Angelou esque piece of writing for an English Literature and Language A level exercise. Surf literature is growing!