On a typical day, Mrs. S. works long and hectic hours as a nursepractitioner, then comes home to her four energetic children. One time she walked in the door todiscover that they had squirted mustard all over the house. She had to deal with punishing them andcleaning the house. I don’t know how she can work, attend meetings and focus on her childrenall in one day. I find her astonishing.

Alison’s home away from home is Nicaragua,where she heads a medical team. She describes the country as “like nothing you’ve everimagined. You have to really be flexible because things usually don’t go as planned.”Mrs. S. has been on seven trips and I think it’s great that she dedicates so much time tothat country. She expects to go again soon with Nicaragua Research Network as she has in the past.In Managua, the nation’s capital, her medical team sees 80 patients a day. They work quicklyto prescribe medicine for those who need it. She hopes to hire a nurse for the school there andalways looks forward to spending time with the children whose education her group sponsors.

I think for many of the Nicaraguans, people like Alison give them hope. I know that not aday passes without her thinking of Nicaragua: “I think about the friends I have made thereand wonder what they would do without the food and funds we provide and I wonder about theirfuture.” Living in a country like ours is a luxury we sometimes don’t grasp and I thinkthat’s a lesson Nicaragua teaches.

Not only has Mrs. S. done great things inNicaragua but she also has performed miracles at home. One of her children was invited to a partyand the hostess was so busy she didn’t notice her three-year-old fall into the pool. Thelifeguards were teenagers and did not know what to do, but Mrs. S. immediately performed CPR andthe child began to breathe again. I don’t think he would have had a chance without her there- she saved his life!

Alison is a very comforting person to be around. She is involved withher job, family, and the people of Nicaragua. I hope that someday I can perform miracles like shedoes. Every time I see Alison I realize that there really are true heroes in the world. 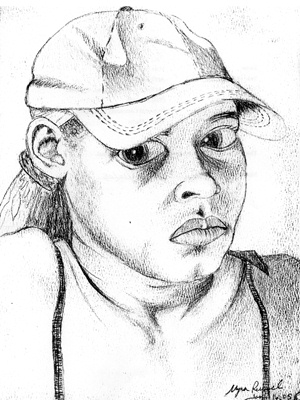