Before I first stepped into the frigid atmosphere of Mr. Scalo's realm, I pulled on my fur-lined parka and took out my sealskin gloves, well-prepared and ready to brave the cold.

Well, actually, I just shivered and tugged at the ends of my T-shirt, wishing I had brought a jacket. I stepped through the door and craned my neck to look for familiar faces that first day of school. Unfortunately, I did not get to sit with my friends since the assigned seats were arranged in alphabetical order. I was forced to sit in the front column of desks while my friends sat far away, in the other half of the frozen tundra of a classroom.

I have an abundance of friends who had Mr. Scalo as their history teacher, and I heard he was challenging. I heard his classroom was an icebox. But all my friends described him as funny. Whether they meant odd or humorous, I wasn't sure. Now I consider him to be both.

Mr. Scalo was a contestant on “Jeopardy” a few years ago. On the last day of school before winter break, he showed us a “special video presentation.” Though we did not watch the whole show, we saw him make it past his first day on the show, and we couldn't help but cheer him on. We were impressed with his knowledge of presidents' inaugural speeches (to teens this seems the most boring topic ever), but we were not the least bit surprised.

Mr. Scalo is undoubtedly odd in his own way. Instead of the flexible document cameras that some teachers use, Mr. Scalo insists on an old-school overhead projector that requires transparencies and squeaky markers. In fact, he even told us that he refused to change from chalkboards to whiteboards in his previous school. Eventually, he was forced to use them when he moved to teach in sunny Cali, where the schools already had slick whiteboards.

His classroom is home to an agglomeration of rusty, antique-looking Swingline staplers that are probably older than I am. I had never seen a stapler like his before. But despite their apparent age, they have never broken. Mr. Scalo once joked that Abraham Lincoln had used one of his staplers. Had his tone not been so comical, we might have believed him.

Mr. Scalo never fails to make us laugh, which is why he still is my favorite teacher. His humor is irresistible, and he makes history – a subject that some consider bland and boring – a class to look forward to. The words in our history book become an enjoyable story when told in a clever way. Of course, Mr. Scalo's talent of speaking in hilarious accents with edgy humor helps.

However, his class is still a challenge for even the brightest students. We have to memorize the states, their capitals, and their locations at the beginning of the year. This was just the start of a long, hard struggle with memorizing that year. After states, we learned the presidents, from George Washington to Barack Obama, and their vice presidents and terms. This once caused me to have a dream that Justin Bieber changed his name to J. Danforth Quayle (for those who are not familiar with him, Quayle was vice president under George H.W. Bush, the 41st president). We are currently halfway through memorizing 100 important dates in U.S. history.

Mr. Scalo is a dynamic teacher, one I am very lucky to have. Though I'll admit his classroom no longer feels like Antarctica, he is still significantly different from most of my teachers. His way of teaching through humor is appealing and easy to follow, but his challenging requirements keep students on their toes. He is unique in his teaching skills and his quirkiness, which makes him an unequaled mentor in the lessons of yesteryear. 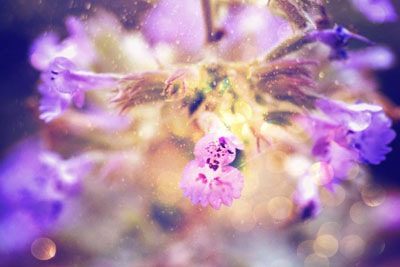 The author's comments:
Mr. Scalo is an influential teacher and one of the funniest I have ever had. Thanks for making middle school a little less boring.
Post a comment
Submit your own

This article has 41 comments.

Favorite Quote:
“It's enough for me to be sure that you and I exist at this moment.”

Favorite Quote:
“It's enough for me to be sure that you and I exist at this moment.”

View profile
hey oregano! omh ur soooo lucky u had mr. scalo. ugh. U.S. History was the worst since my teacher *cough* spoke in a monotone and thought that he was always hilarious(SO not true). I love your piece, though. It's awesome!
mylifeisM6 SILVER said...
on May. 17 2011 at 8:40 pm
mylifeisM6 SILVER, Encinitas, California
5 articles 0 photos 25 comments

View profile
AHAHAHAHA oh that is a good one. (unlikely though. I was glad the A/C was off today because I would have froze to death in the rain) XD maybe, just maybe.
mylifeisM6 SILVER said...
on May. 17 2011 at 8:39 pm
mylifeisM6 SILVER, Encinitas, California
5 articles 0 photos 25 comments

Haha thanks SciOlyNerd! XD I like your name by the way. (though I never was a part of any science olympiad)

I was planning to send this to him after the contest ended (which is after June)even if this essay is not chosen.

Anyways, thank you for your support!

Aw, yeah, I wish that all the teachers in the world were interesting and funny. D: Unfortunately, I have had teachers like that too. :D Lucky for me, all of my teachers this year are excellent.

Thanks Pygmy Puff! Nice username by the way.

It means a lot to me, thanks for the comment! Mr. Scalo is a great teacher! :D

Actually, I named it "Rhymes with Tallow" because on the first day Mr. Scalo gave us an extra credit opportunity to look up the words that rhyme with his name. Tallow was one of them. XD

Hey, I didn't knew you made a TeenInk account, hun. O:

Do you have anything up? I would love to read some of your writing.

Thanks for taking the time to read this,