My writing doesn't have AOL parent controls. To get around the censors on Letterman
he cursed in an obscure foreign language. The entire nation of Bhutan was offended.

My writing claims he is a girl. He wears a dress. I only allow
him to wear it on those days deemed "casual Fridays."

My writing has a love affair with second person. First
person doesn't mind, but third person is jealous.

My writing is inflammable. I found that
bit out when he outlived my lighter.

My writing lets people read his
mind. It's a rather quick read.

My writing never says that he is
suicidal ... I sometimes wish he did.

My writing gets angry when I call him
an object. He makes me sleep on the couch.

My writing asserts that repetition is supposed
to prove a point. He's actually just too lazy to vary.

My writing believes that
With oddly placed indentations
Anything can be poetry.

My writing often has trouble finding food and drink. "I'm dying of thirst,"
he says. I reply, "Here, have a glass of bleach." Unfortunately, he has no mouth.

My writing can never end.
He just isn't brave enough. 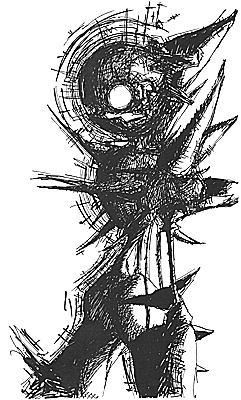 Favorite Quote:
\"The world may be broken but hope is not crazy.\"
-John Green

View profile
This is cool.  I like it :)  It's kind of strange, but in a very interesting way that makes it's strangeness it's best asset.  Very very good!!