I climbed the stairs to the attic, the soft light splashing down on me. Reaching my destination, I sought out my older sister of six years, Morgan, who was sitting cross-legged on the floor going through a box of memories from middle school.

"Hey," I said casually, sorry to disturb her intense study of a note. "Want some help?"

She glanced up, shrugged and handed me a stack of binders. The motion was done as only Morgan could, with a sarcastic edge to her movements and a look that told me I should have something better to do with my time. I sat and looked at my sister who had returned to reading the note. Even now I could see the difference between us, which had kept us from growing close as sisters often do. The fact was simple and one that few outside my family recognize. Although my sisters and I share a father, we have different mothers. When my dad and my sisters’ mom separated, my sisters looked for someone to blame. They found my mother and later me.

Carefully, I pushed away the feeling of discomfort that topic always brought up, and opened the binder. Inside, I found an old feeling of unease resurfacing. Scrawled in Morgan’s almost perfect handwriting were the words "I hate Shannon." I remembered the time when her opinion of me was strong and visible in almost all her actions.

"Coming?" Ariel and Morgan called as I entered the dim kitchen early one morning. Even through their obvious exhaustion I felt the edge in their voices and the distance in their hazel eyes.

"Where?" I mumbled, pulling myself from my thoughts and mirroring their hint of sarcasm. Ariel swung her waist-length reddish hair in a dismissive gesture as I sat at the table and began eating my cereal. Morgan, seated opposite, gave me one of her glares that told me I should know the answer. She was right; I did know our destination. It was the same one we went to in the summer, though now, in late December, the lake down the street was quite possibly the furthest thing from my mind.

The winter was fresh with new snow and flakes continued to dance to earth as we made our way to the trail. As we started down the overgrown gravel path we knew by heart, Morgan, the leader of our trio and 13 at the time, walked ahead of 17-year-old Ariel. Her dark hair fell around her shoulders like a waterfall as she quickened her pace to maintain the lead. The day was cold, the sun hidden, and even the blackberry bushes lining the trail shivered with the cold. The loneliness that always plagued my time with my sisters was vivid in my mind.

After what felt like hours of silence, we arrived at a fork in the trail, and the loneliness began to fade. Coming out of the woods, we were at Lake Diane and swathed in a brightness that was startling. Even though I had only been here in the summer, I saw little difference except for the brilliance the snow added to the dull rocks. The lake’s frozen surface held a perfect reflection of the day.

Cautiously, we clambered down the rocks to the water’s edge. Barely glancing back at Morgan and me, Ariel gazed at the ice and stated, true to her role as the oldest, "I’ll go first. To make sure it’s safe." Slowly she stepped on it, her breath making a mist that covered her face. After confirming it was indeed "safe," Morgan and I followed.

As we skated, I found a sense of belonging with my sisters, an idea that was both strange and foreign. Later, as we sat on the island and watched the snowflakes glide to the ground, I realized that they had shared a special experience with me. They had included me in their lives. They had finally accepted me.

I pulled myself away from the memories and looked back at the divider in my hand. Morgan glanced up, aware that I had stopped turning the pages, and that one had caught my attention.

Carefully, she met my eyes. "That was a long time ago," she said simply, writing off the old proclamation. "I love you now." That was the end of it, and in her mind nothing more needed to be said. Morgan placed the binder I was holding back in her box and headed for the stairs. "Coming?" she said, mirroring the question of so long ago. Only now, the edge that had once sharpened the question was gone. 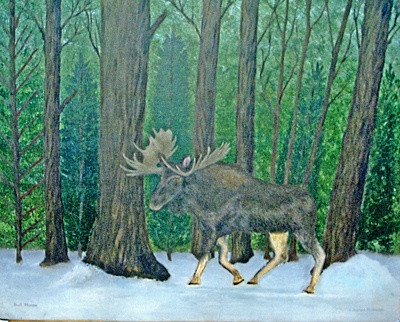