You, the Reader | Teen Ink

Knock on a man's door, say, "Be yourself, and don't be ashamed." Then return every day. That man won't show the slightest flicker of change.
If you knock on a man's door and put the phrase in a pretty song, dress in spirals and glitter, and move it, you get Lady Gaga's Born This Way and still zip response.

I'm not knocking Gaga. I respect her demeanour, truthfully, her voice, how she looked like the only one who meant she was flattered to be at the New Years' Rocking Eve of 2011. It's just, she's like every person who goes knocking on mens' doors and putting on a show like there's no tomorrow. She has the wrong idea of how to get people out of their shy shells.

Shyness. It's a problem. Why else have dozens of artists make dozens of songs about it?
What makes a person think that if you say the same concept over and over to the same man, to many men, and walk away fruitlessly, thousands of times, the next day it'll work?

What makes a person think that everyone who's shy- who's anything, violent, self centered, a b.*.*.*.*- can be fixed up by the same words, same phrases, same songs?
What happened to individuality?

From my humble spot watching out at the sunbathed fixture of Mother Nature ruffling in my backyard, I can tell you that every person who's problems, their baggage, gives them a problem, inner agony... has a lock. Their lock represents the problem. The fancy ones with the fingerpads, or the ones that you have to turn with the clickety sound, or the ones with the three blocks of numbers, whichever and whatever lock. Every lock has a key, a code- the right words and support to get the inner agony out.
Put the right key in the right lock, and the person is happy.

Gaga and everyone else seems to think that all the people who are ashamed of themselves have the same key.
Their wrong.
We just happen to act the same- yes, I'm SAD shy- and that's where they get the idea that we have the same key. We seem the same.

Acting the same is where groups, cliches, bundles come from. I hate those. But's that for another article.

Now, that we've seen the Lock and Key theory in the real world, let me see if I can crack one of you.
At least help.
Read you.

Ah...okay.
So maybe your mom died when you were little.
Don't have anyone to turn to now.
Her death was the most prominent darkness in the world.
You couldn't get love from her now... maybe, love from your dad reminded you of the love you don't have from your mother, and then you grow cold.
You can't get love anymore.
So you turn to the coldest side you have.
You bow down to violence, and take other people under your feet.
Its the only thing you can do.
You don't have love to shape you into a person anymore.
You have coldness.
Coldness turns into violence.
Every finished opponent is a declaration that you don't need love.
You pick scrawny opponents because you know you can't lose.
The violence is an everlasting reminder that you do need her.

Now do I ring true to anyone?

The upcoming Key might differ for some... maybe everyone. We're all different, anyway.

Now, it wasn't your fault that your mother died.
If she was alive, she would keep on loving you.
She died loving you, so she'll forever love you
And rejecting other love from your father, or whoever else, will just make you feel like no one loves you and no one can make life better.
When in reality, everything can help.
Yes, mom died. Nobody can take the place that she did- no one can help you like she did.
But other people, like your dad, can help you with other problems.
Other things.
And knowing that you rmother still loves you will help you get over problems that can only be solved by her.
Do you understand?
Isolation and violence, and sucking love from others, isn't the answer.
It's getting over that ditch in your heart.

Take it from someon who carse about your a.s.s. 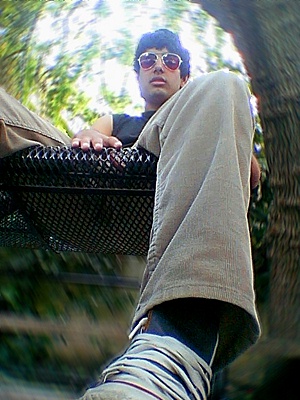