Gender inequality refers to unfair moral and legal rights between males and females which leads to unequal treatment in life. Society marks women as inferior to man. This discrimination causes women great losses in their careers and personal lives. This phenomenon has been widely known in human history that has led to different negative stereotypes about women that still exist nowadays.

Since the beginning of time women have been described as weaker than men and thus needed to be obedient to them. These stereotypes remained to this day making gender inequality an important issue. In extremely religious countries women are not allowed to dress as they like or go out at night without a male presence. For example, at a young age woman do not have the right to choose their husband but are forced to marry someone they do not love. Whereas man do not seem to have any boundaries on who they marry and how many times they marry.

Poverty hits men and women unequally. The number of women living in rural poverty has increased by 50% since 1975. Women work two-thirds of the world’s working hours and produce half of the world’s food, yet they earn only 10% of the world’s income (UNHR 1). Women are proven to work harder than men and still get paid less.

In employment matters, women are arguably negatively affected because gender equality is not enforced appropriately. For example, in big law firms there are more male partners than female partners. This is despite the fact that women form a crushing majority at a junior level in their respective law firms. This is also problematic when woman enter the partnership in law firms. Even if a woman manages to win the top job, she is 80% sure that she will be paid less than a man doing the same work.(Toppr 1)

A vast majority of females are highly affected by the above discriminations, however, there are women individuals who managed to become important figures in today’s era. Angela Merkel is a great example. Everything she has achieved is at her own accord making her the first female chancellor of Germany, in power since 2005. In addition, Kamala Harris is the highest-ranking women in the US administration. She is the first female vice president and the first black/Asian American vice president. Elizabeth II is queen of the UK and 15 other Commonwealth realms. She is the greatest example of how a woman does not need the supervision of a man and how much power one can hold. These examples prove that women can be more powerful than men even with the stereotypes that this society imposes on women.

In conclusion, gender inequality must be resolved. No person should be denied a chance to learn and grow. Having great individuals we look up to, is what gives us strength to become a better version of ourselves, even if the whole world says the contrary. Everyone, no matter the gender, must get an equal chance in terms of education and opportunities in life. 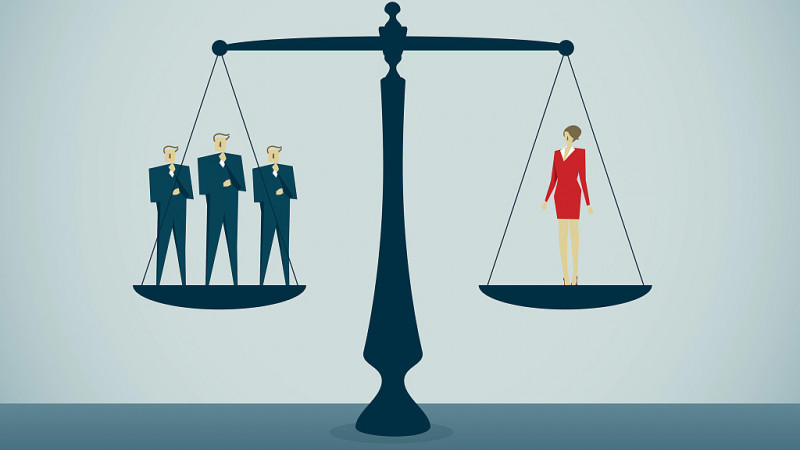 Discrimination between women and men is still a problem in our society. By this essay i want to say that no matter the gender we need to be treated equaly. Women are strong and can do anything they like.

View profile
you had a ton of gramatical issues.
btw I don't think queen Elizabeth was a good example, firstly shes a figurehead and secondly, as a queen she didn't earn the right to rule she was born into it.