It was a wonderful day like any other. The weather was great, the neighborhood was filled with kids playing, and my mom, sister and I were going on a walk through the park and along the lake. Nothing could ruin this day...that’s what I thought until it was ruined.
My mom and my sister were getting ready and, as always, they were taking ages. I was waiting outside by the stairs of my apartment building, watching little kids playing football and fighting with one another about whose turn it was to kick the ball. When my mom and sister finally came out, we started walking down the street towards the park where all of the people in Tirana goes to jog and walk.
It was sunny, but not hot, and there were clouds but no rain. Halfway there, I went into a store to buy a soda to hopefully help remove my thirst. It was a shop like any other in Albania, a family-business. I bought my soda and ran to catch up with my family, who didn’t wait for me while I was doing my shopping.
We kept walking down the street, talking, laughing, and I was drinking my soda. After a while, I finished my soda and threw it away into one of the big garbage cans that are around town. Right as we were about to head inside the park, my mom decided to sit down at a cafe because apparently she had not had coffee the whole day. We sat down at Hotel Iliria, and my sister ordered a hot chocolate and that’s when I regretted ordering a coke.
We sat next to the window and we could see people walking and others waiting for buses and taxis. What caught my attention was a Roma man walking up the street carrying a big suitcase that was all ripped up and was missing one wheel, and a big bag which was filled half way with something I couldn’t see. He stopped in front of the garbage can I threw my soda in, and he leaned in and started digging around, searching for things. He picked up two large water bottles, took the caps off, and smushed them so they were flat. He then put them in his large bag. The digging around continued and he took out many cans, including some coke ones, and flattened them and put them in a bag.
All of a sudden, my whole mood changed because of what happened next. A short, chubby and bald Albanian man came down the street and kicked the bag of the Roma man down, making his cans scatter all over. The man was smoking a cigarette and talking on his phone and being very c***y which made everything even worse. After kicking the bag down, the man said, “move out of the way, you dirty bastard!”
The Roma man didn’t fight back, all he did was stand there and pick up his cans and clean the place. There were tons of other people around the event, but it seemed that nobody did anything to help the Roma man, all they did was watch. Some even laughed.
My heart dropped after I saw that. The Albanian man, thinking he was better, and higher in the society, kicked the Roma man’s bags down, and walked away chuckling.
The Roma man, picked up his cans and bottles, and just walked up the street, limping and carrying his broken suitcase. Everybody just walked away or stared at the man, but nobody went to talk to the Albanian man. Why did this happen? Because the Roma people aren’t ‘as good’ as the Albanians? Society’s discrimination towards certain people is a big problem in this world and it needs to be solved. It might take years, or even centuries, but it need to be solved. 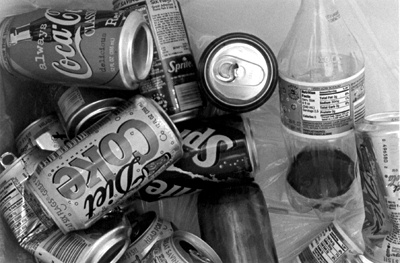