Favorite Quote:
'We all wear masks, and the time comes when we cannot remove them without removing some of our own skin.' -Andre Berthiaume

Imagine a tiny parasite floating through life without a thought in mind (literally). It slyly hides in the mouth of one victim and searches for a host cell. As soon as the cell is found, the small subject implants its genetic makeup into the cell. Within time, the cell will burst open to reveal clones of the tiny creature who first injected it. Sounds like a horror movie, right? No, actually, it’s simply a virus. Viruses are ultramicroscopic metabolically inert, infectious agents that replicate only with the involuntary aid of living hosts. These agents are often confused with bacteria. As that may be, they are not the same. Bacteria are ubiquitous one-celled organisms of the kingdom Monera. Let’s explore other similarities and differences between them.

To begin, bacteria and viruses correspond variously. Each of them comes in a wide range of shapes including, but not limited to, rods, filaments, harpoons, or spirals. Of course, they are microscopic and cannot be seen with the naked eye. Viruses and bacteria may enter a living organism and remain dormant for periods of time. Moreover, they have the potential to cause diseases. Typical viruses are: Influenza, AIDS, and the common cold. Bacterial infections include: strep throat, food poisoning, and STI (sexually transmitted infections). Bacteria and viruses are not only harmful, but may be of some use, for reasons such as medical purposes. As a matter of fact, the very thing that can prevent you from catching a virus may be the virus! Equally important, both may live almost anywhere and are made up of alike genetic material. The proven congruency between bacteria and viruses is astounding.

From the uniformity, we come to the distinctions. Bacteria, unlike viruses, reproduce by splitting into two ‘new’ cells. The process is known as binary fission, during which the single DNA molecule replicates and both copies attach to the cell membrane. The cell membrane thus develops between the two DNA molecules. Once the bacterium just about doubles its initial size, the cell membrane commences to pinch inward. A cell wall then forms between the two DNA molecules dividing the original cell into two identical cells. A single bacterium structure includes one cell, no nucleus, ribosomes, a cell wall, and DNA. Bacteria are enabled to thrive in a wide range of temperatures. They tend to form chains or pairs. Bacteria are decomposers. They are also used in dairy foods. When you are infected with bacteria, it can be treated with antibiotics. Additionally, bacteria fall into two major categories. The Kingdom Archaebacteria and the Kingdom Eubacteria. The former consists of bacteria that live in extreme environments. The latter are the more common bacteria.

Viruses are another matter entirely. So much so, that scientists aren’t even sure whether viruses are living or not. As of now, they are not placed in any kingdom. In Latin, virus translates to “poison.” Their aforementioned reproduction cycle is referred to as the Lytic Cycle. As well as being able to ‘sleep’ for a long while, a virus can change forms rapidly. Likewise, there are no cures for viruses and often, when carrying a virus, your doctor will recommend you to, ‘wait it out.’ Though, there are vaccines-weakened forms of viruses-that help prevent the viruses themselves. To see this poison, an electron microscope is essential. No cells can be found in a virus strain; however viruses do have DNA cores and protein coats.

In essence, bacteria are prokaryotic microorganisms without distinct nuclei or organized cell structures. Various species are responsible for decay, fermentation, nitrogen fixation, and many plant and animal diseases. Viruses are submicroscopic parasitic particles of nucleic acid surrounded by protein that can only replicate within a host cell. Regardless of their meager similarities, I feel bacteria and viruses are more different than alike. To emphasize the previously stated fact, scientists still know little about viruses and if they are actual life forms. Simply stated, bacteria and viruses contrast more than compare. 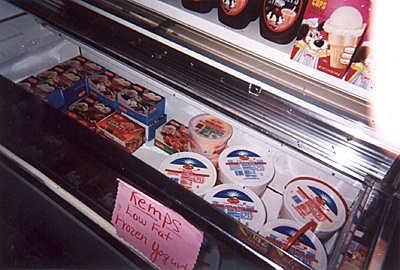 The author's comments:
Science is an important topic for me. I love to educate others through exploring the differences of various terms.
Post a comment
Submit your own

Favorite Quote:
"Let's tell young people the best books are yet to be written; the best painting, the best government, the best of everything is yet to be done by them."
-John Erslcine

View profile
You are very good at explaining scientific things at a level where people who have a hard time understanding these things can.  Very informative and easy to follow. Good job :)