Ever since the outbreak of the COVID-19 pandemic, Asian Americans have become the target of racism and hate crimes. We have become numb to the numerous accounts of violence against Asian American communities, especially elders. On 16 Mar. 2021, eight people at three massage parlors were shot to death, six of whom were Asian. All but one was a woman. In the gunman's words, his actions were "not racially motivated," but caused by "sexual addiction" (Dewan). Deeply hurt and in disbelief of such a tragedy, I became interested in the aspects that made Asian American women particularly vulnerable to media sexualization.

Asian American women have long been stereotyped as meek and sexually submissive. The portrayal of Asian American women in 20th-century films can be summarized into two stereotypes: the delicate lotus blossom and the seductive dragon lady. This article will chronologically focus on the film Madame Butterfly (1915), PICCADILLY (1929), Daughter of the Dragon (1931), and The World of Suzie Wong (1960).

One of the first films, Madame Butterfly, began as a one-act play before being adapted into a silent film directed by Sidney Olcott. Lieutenant Benjamin Franklin Pinkerton, an American navy officer, is the film's protagonist. He visits a marriage broker to rent himself a bride, geisha named Cho-Cho-San (which translates to "butterfly" in Japanese). He admires his little butterfly's innocence and beauty, but he only intended their marriage for entertainment before he could find a proper American wife. Pinkerton departs Japan soon after meeting his butterfly, but Cho-Cho-San feels she has found love and waits three years. When Pinkerton returned to Japan with an American wife, Cho-Cho-Son couldn't bear the pain of this reality and stabbed herself to death. The film essentially created the butterfly trope of a pitiful and submissive oriental woman: Cho-Cho-San believes she met the love of her life only to realize she was never treated as an equal but as an exotic toy. Pinkerton even describes her as a diminutive, delicate "flower" whose "exotic perfume" intoxicates him (Kondo).

PICCADILLY is another silent film, but it was created in 1929 and set in the context of the roaring twenties. In Piccadilly nightclub, in the scullery downstairs, a Chinese girl named Shosho dazzles the kitchen crew while washing dishes. The panning shot in this scene showcases the "mesmerized faces" of the kitchen staff (Lennon). Furthermore, Shosho's dance moves fascinate the nightclub owner, who hires her as a dancer. The nightclub owner takes Shosho to the slums where "oriental clothes" are sold, where she finds a costume inspired by a Thai goddess (Anna May Wong Piccadilly). Shosho is an instant success in the nightclub, enthralling the crowd with her exotic clothing and seductive dancing moves. Shosho is objectified as an exotic sexual allure in the film and similarly portrayed as a submissive Asian doll eager to please and satisfy the demands of the white male lead.

As seen in the film PICCADILLY, the costume was an important aspect that created the image of the exotic oriental women. In the Daughter of the Dragon (1931), the outfit also reinforced the exotic nature of Asian women. The main character in this movie Princess Ling Moy, better known as the "dragon lady," is portrayed as an "other-worldly beauty" who wears a "Chinese goddess gown with a huge pomp-style hairdress" (Wang). Contrary to the narrative of the submissive butterfly, Princess Ling Moy is portrayed as a deceitful character who uses her sexuality as a "weapon" to seduce and destroy morality. Dressed in this costume, Princess Ling Moy dances on stage. Mesmerized by her exotic performance, the white male lead falls in love with her despite having a fiancé. He falls in love due to his irresistible temptation to obtain Princess Ling Moy, further demonstrating the objectification of Asian women. The "dragon lady" stereotype emerged from the long-standing prejudice against Asian Americans as a threat to job opportunities and the American lifestyle, also known as the Yellow Peril (The Take). More closely related to women is the fear of "excessive sexuality" and "sexual diseases" (The Take). Due to the prevalence of Asian women as sex workers around military bases, they were seen as the "forbidden fruit" because of the temptations they served for men. Asian women, thus, became seen as objects to be "conquered" with unlimited sexual access.

In the film The World of Suzie Wong (1960), costumes especially made Chinese women "objects of desire" and a sort of exotic fetish for men (Wang). The film tells the story of an English artist named Robert Lomax, who meets his China Doll, Suzie Wong, in Hong Kong. He hires her as a model before falling in love with her, claiming he is the "white knight" who saves her from the world of prostitution (Wang). This film portrays a popular plot that revolves around the Asian woman "literally needing to be saved" and the white male savior "needing to both romance her and do things for her" (Pham). In the film, Suzie frequently wears a cheongsam, a tightly fitted dress meant to show a woman's figure. The thick silk fabric of the dress perfectly wraps around the women's body. The dress became the marker of "Chineseness" and exotic appeal (Wang). Lomax, in his words, "finds himself stirred in primitive, sexual ways." (Wang). The cheongsam and other "authentic" Chinese clothing were an external manifestation and solidified the image of Chinese women.

A common thread in these four films is the skewed power dynamic between the East and the West. Asian women in Hollywood movies are always depicted as singular stereotypes. They are described as either the "Dragon Lady," a seductive image, or a "Delicate Butterfly," a submissive image. There are only binaries and no middle ground. Historically, the Western attitude towards the East has always been the opposite. While the West perceived itself as dominating, progressive, and strong, the East has been portrayed as submissive, backward, and weak, like the previous movies the paper has discussed. In this way, the West has given itself the male role and assigned the East the more vulnerable female role. 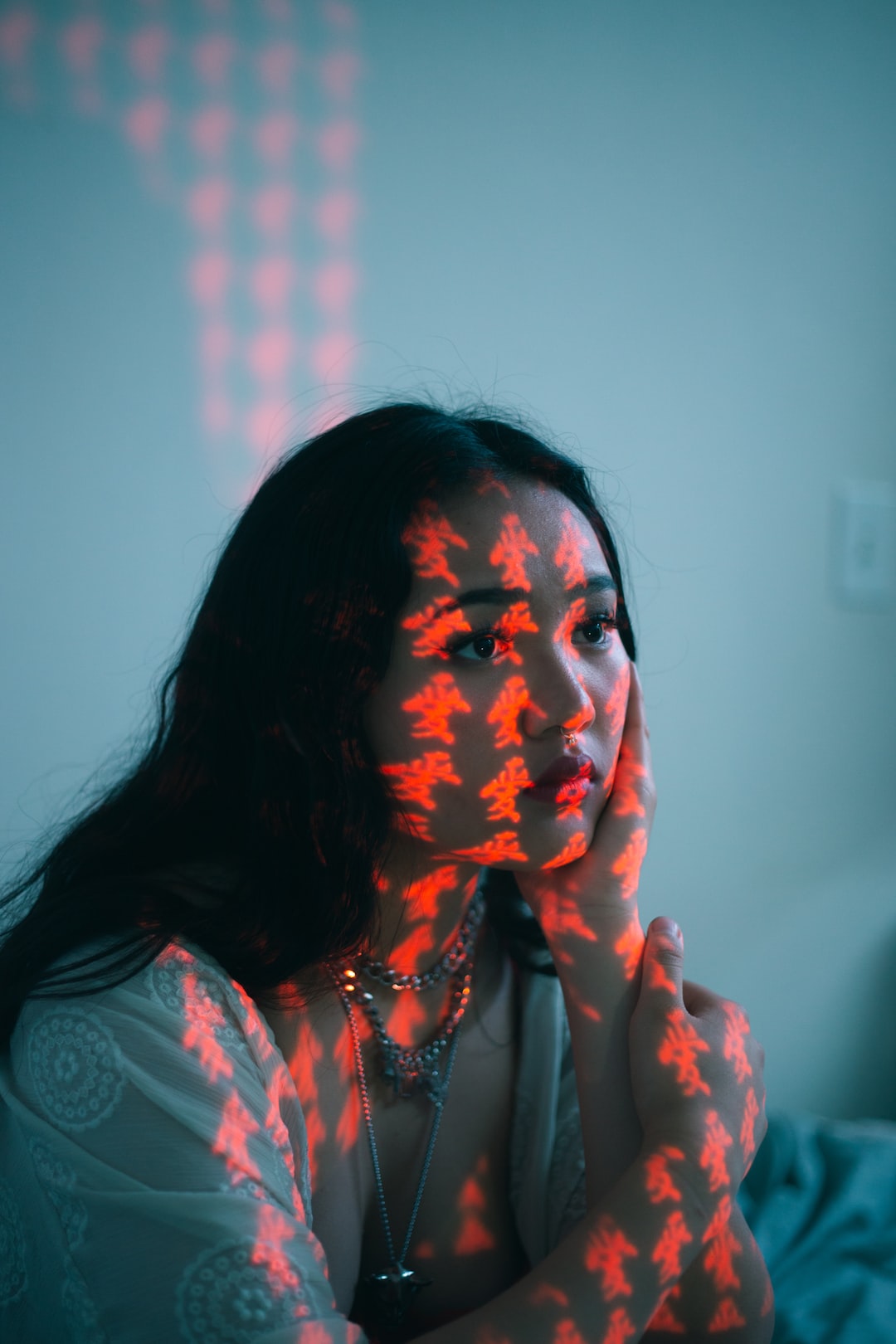 Photo by Donny Jiang on Unsplash

Favorite Quote:
“If I'm going to die, I'd like to actually live first.” ― Rachael Lippincott

"Don't forget where you belong"

“Always be yourself" - Little Mix

“Everyone in this world is breathing borrowed air.” - Five Feet Apart

“If this year has taught me anything, it's that grief can destroy a person.”

“Have no fear of perfection, you'll never reach it.”

“I would always rather be happy than dignified." - Jane Eyre

“There is no happiness like that of being loved by your fellow creatures, and feeling that your presence is an addition to their comfort.”

“Baby you light up my world like nobody else."

"Futures don't make themselves, you have to create them."

"Don't assume the answer is no before you ask the question."

Favorite Quote:
“Give the ones you love wings to fly, roots to come back, and reasons to stay.”
-Dalai Lama

“YOU ARE THE ARTIST OF YOUR OWN LIFE, don’t hand the paintbrush to anyone else.”
-Ela M

“No matter who or what you support, I believe in supporting fairness first.”
-Jennette McCurdy

“Only you know your true struggles, remember that when you get criticized, hurt or disrespected. Love yourself enough to forget the drama.”
-Ava Max

View profile
@ILiveToRead Hey!! Thank you for your input and comment. I just wanted to explain my perspective in writing this piece. You are right that there is nothing wrong with wanting to feel $exy; I agree too! However, I think the problem is that Asian women are portrayed as harmful stereotypes such as submissive and exotic objects.
ILiveToRead PLATINUM said...
on Jul. 10 2022 at 9:10 pm
ILiveToRead PLATINUM, Wailuku, Hawaii
24 articles 3 photos 149 comments

Favorite Quote:
"My music will tell you more about me than I ever will, don't ask me what i'm feeling, ask me what song am I listening to." "I think I'm afraid too be happy, because whenever I get to happy, something bad always happens."

View profile
Any and every country and it's women can be (and often are) $exualized. I'm not saying it's a good thing- but whats wrong with feeling $exy? Whats wrong with having a $exual attraction to someone based off of their race and style of dress? You can not sit up here and tell me you don't have "a type" (if you don't have "a type" I rescind my comment), maybe it's black hair with green eyes and a muscular build or bouncy brown curls, almond shaped eyes and a curvy body. well? The "type" of people you are attracted to get their features from their GENES which is often influenced by their race. So if someone makes a film about why Asian women and how they dress turns them on , it's not a bad thing just because someone who liked the same things in women did something despicable to a woman like that. You can not fault the many for the crimes of the few. I am a 15 yr old (bi$exual) female and I too believe that what that man did was wrong, but I do not believe it has to do with the $exualization of Asian women. He was sick and disturbed in the mind and that was his excuse, do not fall for the hype. Men need to learn to just accept what they have done wrong and admit it was because of them and no one else. Take responsibility for your actions. Other than that an absolute well written article.
Ahem-itz-mj BRONZE said...
on Jul. 7 2022 at 6:27 pm
Ahem-itz-mj BRONZE, Seattle, Washington
1 article 0 photos 5 comments

View profile
This is such an important topic. Omg thank you for writing about this <3