Personal status laws refer to legislation that governs an individual’s family relations and legal standing in a nation-state (Mohammad et al.). In Bahrain, no such law “...prohibits discrimination on the grounds of gender, gender identity, or sexual orientation” (“Bahrain: Events of 2017”). In turn, the lack of protective personal status laws in this Middle Eastern country have enabled its male-dominated citizenry to engage in actions that repress the rights of its 601,109 women (World Bank). This paper will analyze such repression over the past decade, beginning in 2011. In the process, it will focus on interpretations of Sharia law that discriminate against women, domestic gender-based violence among female Bahraini citizens, the marginalization of female migrant workers, and violence against female human rights defenders. The paper then proceeds to explore potential remedies to address these issues and safeguard the rights of future generations of women in Bahrain.

Bahrain’s lack of personal status laws to protect women creates a void that is filled by interpretations of Sharia law that discriminate against women. Rather than being safeguarded by personal status laws, private issues that impact women are judged by family courts. “The judges in these courts are often conservative religious scholars with little or no formal legal training who make judgments according to their own interpretations and readings of Islamic law. Because they may implement Sharia law in an arbitrary manner, rulings are commonly detrimental to women‘s rights” (Ahmed 62).

There are multiple examples of these discriminatory legal practices against women in Bahrain that are exacerbated by its lack of protective personal status laws. For instance, a woman’s testimony “...is worth half that of a man’s in an Islamic court” (Kehoe). This tends to create an imbalance during trials and enables men to use their position of relative power to disenfranchise women. Men can also use the fact that children take citizenship exclusively from their fathers as additional leverage over women (Ahmed 64). In the event that women want to leave unhealthy marital relationships, it is exceedingly difficult. This is primarily because Islamic law mandates that it is unacceptable for women to live outside their married houses (Ahmed 64).

Furthermore, women in Bahrain do not possess equal inheritance rights as compared to men. In the event of a husband’s death, his wife does not inherit his property. Along a similar vein, Sharia law dictates that a woman’s legal share of an inheritance is half that of her male siblings (UNICEF 2). When combined, these factors can reinforce the socioeconomic subjugation of women whose rights are not protected by personal status laws.

Bahrain’s lack of personal status laws to protect women contributes to domestic gender-based violence among female Bahraini citizens. One of the most heinous manifestations of this phenomenon is that spousal abuse is legal (Bahrain Center for Human Rights 24). This allotment automatically frees males to inflict unspeakable hardship on their spouses — without fearing legal consequences. As a result, women are left extremely vulnerable in abusive relationships.

Another horrendous issue that arises without personal status laws to protect women is evident in Article 353 of Bahrain’s Penal Code. According to this article, an abuser may avoid punishment if he agrees to marry his victim (Bahrain Center for Human Rights 24). This sickening and absurd aspect of the Penal Code often results in toxic relationships that unfairly mistreat women. Not surprisingly, these marriages often result in “...psychological and physical damage being inflicted on the victim and traditionally have high rates of divorce” (Bahrain Center for Human Rights 24). In essence, allowing rapists to marry their victims means that they can easily avoid punishment. In the likely event that they later divorce their wives, these men are able to escape their crimes with relative ease and ultimately leave their female victims doubly traumatized.

Bahrain’s lack of personal status laws to protect women also marginalizes female migrant workers. Ignoring the Convention on the Elimination of All Forms of Discrimination Against Women, “...the Bahraini government has not legislated on issues directly pertaining to the rights of migrant women” (Bahrain Center for Human Rights 25). Over 80,000 female migrant workers endure “...serious abuses such as unpaid wages, passport confiscation, unsanitary living conditions, and both physical and psychological abuse” (Bahrain Center for Human Rights 25). The difficult, labor-intensive occupations that they face are thereby compounded by a lack of personal status laws that would have instituted civil measures to safeguard their well-being. “These women most commonly work as maids, and are treated as private property by their employers, in a modern-day form of slavery” (Bahrain Center for Human Rights 25). Deplorable conditions such as these translate into a rampant deprivation of basic human decency. Unfortunately, numerous human rights reports and first-hand accounts indicate that many of these vulnerable women are forbidden to leave their residents. In addition, they are prevented from communicating with others outside of their households or forming bonds of camaraderie with others in their wider communities.

This pervasive isolation ultimately makes it easier to exploit these workers because others may not be aware of the deplorable conditions to which they are subjected. As a result, “...migrant women, particularly those employed as domestic workers, are at increased risk of violence and sexual assault” (Bahrain Center for Human Rights 25). Escapees from this terrible system have subsequently informed various human rights organizations about the physical and psychological degradation that they had faced from their employers. In so doing, they indicated that “domestic workers that are subjected to domestic violence and sexual assault rarely come forward to the Bahraini authorities out of fear of retribution...” (Bahrain Center for Human Rights 25). In the absence of protective personal status laws, these factors create a vicious cycle that serves to trap these people in a harmful system of indentured servitude for long periods of time.

To further exacerbate this problem, these migrant workers are also strictly forbidden to engage in a process of religious self-expression that is not aligned with Bahrain’s dominant religion: Islam. Many female migrant workers hail from other countries and practice different forms of religious traditions such as Christianity and Hinduism. Without personal status laws to protect them, these people are thereby subject to horrendous discrimination based upon their religious beliefs. “Female workers are deprived of their freedom to worship, and are forbidden from wearing religious symbols such as a cross…[they] have been severely punished for  portraying their religion” (Bahrain Center for Human Rights 25).

Another example is Nazeeha Saeed, a prominent Bahraini female journalist. In 2011, she reported to the Bahrain Center for Human Rights that she was kidnapped because of her work and subjected to simulated drowning. Throughout all of this horror, she was verbally abused. Upon her release, Saeed reported the torture that she had endured to Bahraini authorities. Although she could identify her attackers “...none were held accountable for the incident” (Bahrain Center for Human Rights 23).

In light of the aforementioned detrimental impacts on women’s rights in Bahrain that stem from a lack of protective personal status laws, Bahrain’s record on women’s rights has been described by Human Rights Watch as “dismal,” and having “deteriorated sharply.” In fact, Human Rights Watch’s most recent report in 2020 noted that conditions in Bahrain for women have not improved. These sobering facts lead human rights activists to consider various types of methods that can be implemented to promote the widespread dignity of women in Bahrain. One potential remedy is in the form of Non-Governmental Organization (NGO) pressure on the Bahraini government.

Unfortunately, efforts by NGOs that champion women’s rights have largely been unable to set a firm foundation in Bahrain and successfully advocate for the adoption of protective personal status laws. Although many members of the international community have tried to address the unjust plight of women in Bahrain through the United Nations, their efforts have thus far proved insubstantial. Without support from the Bahraini government, many of these organizations have been unable to survive or were ordered to close. To make matters worse, Bahraini human rights organizations are registered and monitored by the country’s Ministry of Social Development. This means that they are unable to operate freely and are essentially stripped of their power to effect positive social change.

Despite these setbacks, international human rights organizations such as Amnesty International have been able to garner widespread, grassroots support for women in Bahrain. Amnesty International encourages people across the world to actively share what they have learned about the abysmal state of women in Bahrain with family and friends. These concerned global citizens have also begun contacting their political leaders to advocate for sanctions against the Bahraini government until it improves its conduct toward women. In addition, organizations such as the Bahrain Women’s Union have exerted a solid impact on the advancement of women’s rights. While 456 NGOs exist in Bahrain, only 19 specialize in women’s rights, and 12 of those 19 are part of the Bahrain Women’s Union (Bynum). The Union aims for women to become more politically active, fights all forms of gender discrimination in Bahrain, and seeks to establish protective personal status laws. Another organization that has managed to exert a positive impact on this issue is Awal’s Women’s Society. This initiative provides free legal advice to abused women throughout Bahrain and also champions the adoption of personal status laws that protect women. Moreover, its Batelco Anti-Domestic Violence Center has a strong track record of rehabilitating domestically abused women. Supporting such organizations can advance the plight of underserved women in this country. As Bahraini civil rights activist Nazeeha Saeed said about Bahraini government officials, “These people want to silence me...and that will not happen” (We Refugees). This paper thereby challenges its readers to raise their voices about this issue so that those of the 601,109 women in Bahrain can resound.

Mohammad, Abasat, Behnam Ramazani and Mahdi Zadeh. “Personal Status and Exceptions of the National Law Enforcement Regarding It.” Estação Científica 7.61, 2017.

We Refugees. “Nazeeha Saeed about how her journalistic activism changed after coming to Europe 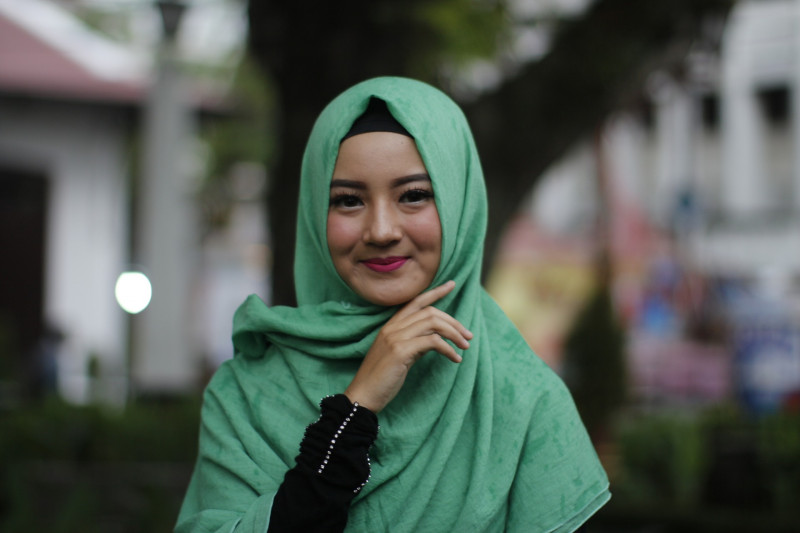 Sherely is a devoted women's rights activist, international speaker, and author. As the President and Co-Founder of The Assertive Women Organization, she has empowered hundreds of people to champion the plight of marginalized women in the U.S., Bahrain, the Netherlands, China, Portugal, South Korea, and Brazil. She is passionate about community service, philosophy, economics, and Italian food.