The Views of St. Augustine on the coexistence of Foreknowledge and Freewill | Teen Ink

The Views of St. Augustine on the coexistence of Foreknowledge and Freewill

Favorite Quote:
"Whatever our souls are made of, his and mine are the same."
-Wuthering Hights

F. Scott Fitzgerald once famously quipped that the hallmark of a first rate intellect was being able to hold two opposing truths in mind and still be able to function. Using this as a model for genius, we can confidently conclude that St. Augustine was a philosopher of the highest order.

St. Augustine held the belief that two seemingly contradictory truths could, in fact, simultaneously be true, and that they need not be mutually exclusive. To quote The City of God, “We are by no means under compulsion to abandon free choice in favor of divine foreknowledge, nor need we deny that God knows the future, as a condition for holding free choice. We accept both…. foreknowledge, as a part of our faith; free choice, as a condition of responsible living.” It is these two seemingly opposing truths that we shall look to uniformly unite.

The first of these truths to tackle is the proposed omnipotence of God. Taking the words of St. Augustine into account,  “…one who does not foreknow the whole future is most certainly not God,”  we see that man is clearly not God, for he is blind to the whole future. The inverse of this, however, clearly demonstrates St. Augustine’s strongly held believe that God is in possession of all such foreknowledge. He sees all that has happened, and all that is to come. If God were not to have the omnipotence we know Him to possess, He would simply be like the other pagan gods St. Augustine took great pains to warn us about. “If anyone does not realize what kind of spirits find pleasure in such obscenities, then he is either unaware that there were unclean spirits wearing the deceptive masks of gods, or else he is leading the sort of life that he prefers the demons, rather than the true God, as gracious masters and angry foes.” These evil spirits, these pagan gods, were false idols. They did not mitigate human suffering, nor bring eternal life. “Those false, wicked and proud gods who because they have been deprived of that unchangeable light which was meant for all, are reduced to pitiful power and, therefore, are eager for some sort of influence and demand divine honors from their deluded subjects. He is the God of those recent and holy gods who prefer to obey and worship one God rather than to have many others obeying and worshiping them.” They certainly were not all-knowing. But for those all too willing to abdicate allegiance to the one true God, they made for a comfortable illusion.

Also bestowed upon us by God, is the concept of free will;  the ability to make our own choices, for good or for ill. In chapter ten of The City of God, St. Augustine points out how, “We do many thing we most certainly would not do if we did not choose to do them.” This means to illuminate that if a higher power was indeed in constant dictation of every move we made, many of the choices and decisions that we make on a daily basis would never be allowed to come to pass. Human beings are capable of horrific atrocities, which, if we did not have the power of freewill, would be completely mitigated from our world.  St. Augustine also brings to light the notable difference between the idea of fate and choice. In his quote, “‘fate’ is the action of a weak person, while ‘choice’ is the action of the stronger man,” we see that in the eyes of St. Augustine, a man who clings to the idea of “fate” is a weak man, because it shows that he is unwilling to take responsibility for his choices. “…we say that nothing happens by fate- for the simple reason that the word ‘fate’ means nothing.”  A strong man, however, will take ownership of his actions, accepting the fact that his decisions are completely of his own making, because he knows and believes in the free will that God granted to us at the dawn of creation. So while our heavenly Father sees all possible outcomes and potentialities, it is still up to us to solidify which one of these potential futures indeed come to pass. We do this every day through the choices we make. Every thing on which we decide, more and more solidifies our future, as do the decisions and actions of others. Same as we made the distinction between “fate” and “choice” we must also make note of the difference between being in control and having free will. Though we may have been gifted with autonomy in our decision making, it does not follow that we possess an overarching control of our lives. Where we end up, and what happens along thew way, that is beyond any frame of immediate control, given the delicate interdependency we share with all of mankind. The only way for us to achieve peace, then, is to surrender control to God himself. While we my not have the ability to author our lives in their entirety, we do have the independence and ability to make the most of what opportunities the Lord places in front of us.

The inevitable conundrum does arise however, when one considers the following: If a person were to know every decision you were to ever make, over the course of your life, would you still be the one in control of making them? Would they still truly be your decisions? God is not a puppet master, pulling strings from behind some invisible curtain. In chapter 10 of The City of God, St. Augustine makes the important note that, “no one sins because God foreknew that he would sin. In fact, the very reason why man is undoubtedly responsible for his own sins, when he sins, is because He whose foreknowledge cannot be deceive[d] foresaw, not the man’s fate or fortune or whatnot, but that the man himself would be responsible for his own sin. No man sins unless it is his choice to sin; and his choice not to sin, that, too, God foresaw.”  If one supposes the outcome is already set, it follows then that nothing we do affects the ending. Every move we make is simply playing into the final result, disabusing us of any notion of free will. This leads into a nihilistic predetermines that if drawn out to its logical conclusion, leads to a dark, depressive, and despairing place in the human psyche. “We say that nothing happens by fate…. [but] we do not deny, of course, an order in which the will of God is all-powerful.”

It is my presupposition that yes, both foreknowledge and free will can in fact coexist harmoniously together. It is important to distinguish the difference, however, between foreknowledge and predetermination. On one hand we have foreknowledge which is defined as "an awareness of something before it happens or exists.” Taking the analogy of a parent and young child, the elder, wiser party will be able to play out scenarios to their logical conclusion. The parent knows ahead of time what will become of the child if they behave in a certain manner. As God is our heavenly Father, He knows all that His earthly children do and what shall become of them should they act in any given way. “Before I formed you in the womb I knew you, and before you were born I consecrated you.” -Jeremiah 1:5

On the other hand, we have predetermination, defined as, “something established or decided in advance,” without knowledge of the occurrence.  Predetermination follows more in line with the idea of a film director, instructing the characters in a movie on how to preform a certain way. The  actors have no agency in altering the outcome of the story. They have no free will or decision in the matter.

Tempting though it may be, we must take great care not to conflate the two concepts of foreknowledge and predetermination, because while we may believe in Jeremiah 29:11 wholeheartedly, there is a drastically distinctive difference between “knowing the plans I have for you,” and puppeteering the lives of the populace. As St. Augustine so aptly said,  “Our wills have power to do all that God wanted them to do and foresaw they could do. Their power, such as it is, is real power.” -Chapter 9, page 77 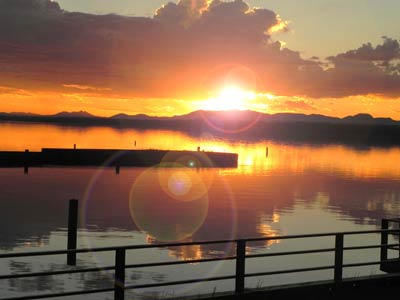 I wrote this essay as my end of the term paper, because of my love of philosophy and paradoxs. I understand that not everyone will agree with points of this article, but I hope that it is still enjoyed my some, and illuminating for at least one other person.