The Characterization of Napoleon | Teen Ink

The Characterization of Napoleon

Favorite Quote:
“Be yourself; everyone else is already taken.”
― Oscar Wilde

The book “Animal Farm” by George Orwell is about a group of animals that overthrow their farm. As a result, the animals form their own government called Animalism. During the process of maintaining the farm, the pigs become the leaders of the farm and start to treat the other animals unfairly. The other animals are unable to see the unfair treatment because they are overwhelmed by their sudden freedom. The leader of this new farm is Napoleon, a Berkshire boar. Orwell crafts Napoleon into a Joseph Stalin like character to help shape the picture of the Russian Revolution.

Orwell crafts Napoleon into the role of a harsh and cruel dictator. One way that Napoleon is crafted into this role is when he ignores the original ideals of Animalism. An example of this is when the original seven commandments are changed. Napoleon changes the seven commandments into one commandment that states, “All animals are equal, but some animals are more equal than others.” Another way that Napoleon is crafted into a harsh and cruel leader is when he doesn’t treat the other animals equally. For example, when Boxer, a horse who works harder than anyone on the farm, gets hurt, Napoleon sends him to a horse slaughterer in exchange for a box of whiskey.

Napoleon is a character in Animal Farm who represents Joseph Stalin. He is crafted into the role of a harsh, cruel dictator who constantly ignores the original ideals of Animalism and treats other the animals horribly. He is used to recreate the events of the Russian Revolution. 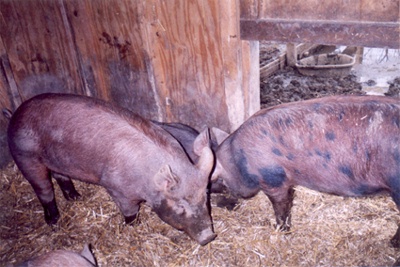 This article is an analysis on Napoleon who is one of the main characters in the book Animal Farm.