Favorite Quote:
"Every storm runs out of rain"

Please, let this finally push the button that causes us to fix our broken system.


An estimated 3 million people in the United States alone marched in (or stood and protested for) the Women’s Rights March. These peaceful protests, one day after Trump’s inauguration, reached all seven continents, including Antarctica.


For years (as I have learned more about our government, politics and social justice in general) I have criticized our country and our society. I hate the idea that Trump illustrates in his slogan, that I feel many people believe is possible, that we could “make American great again”—as though there is something wrong with our country that was better in, say, 1850 or 1920. Our country is very flawed; but it has always been. Before now, there was slavery; their was mass, legally permitted persecution of homosexuals and a gender binary so strict that the idea of “transgender” was unthinkable to most. “Rape” was in no sense a crime, sweatshops common practice for the employment of young women in the city, indigenous peoples even more actively pushed from their lands and attacked than they are today. In almost every area you can mention, I or someone better educated can tell you ways that we and many (but definitely not all) nations were worse off.


We live in a country filled with American flags flown high, where to be critical of America and what it stands for is enough to draw hatred and even violence.


I did not like Obama as a president. Yes, he signed into laws and encouraged ideas more liberal than many leaders here or around the world. Yes, he was/is relatively progressive, supported education, wonderful organizations, and equality in many senses. But he (and others as far left as Bernie Sanders!) support(ed) bombings in Pakistan that claim to be anti-terrorist. Our country and others such as the UK have killed thousands of people in Pakistan and other middle-eastern countries through drone bombings during Obama’s presidency. Most of these were not only innocent, but were in no way associated with terrorism. Our nationalism attempts to protect innocent people in our country by putting our humanity and right to life over any value of foreigners, mainly people of color/muslims, or simply anyone in Pakistan. (I can give you many references on the horrific effects of drone bombings in the middle east, and how incredibly inhumane and entirely unnecessary these practices are, if you so desire).


Our society, which is supposedly becoming so much more progressive, continues to ignore police violence against unarmed black boys, and support police despite the frightening statistics, videos and other evidence that prove that SO many police abuse their power, in part because they are allowed and encouraged to by our government and our people. We support our prison systems, where people are incarcerated for non-violent crimes and then abused by those who have all the power over them as though they are nothing more than insects, even for making mistake or having the wrong skin color or living in the wrong neighborhood. We support an animal product industry that tortures its animals in ways that shock me and everyone who learns of it. We divide our genders into 2 permitted categories with continuously strict stereotypes and rules. There are so, so many things about our country that will never be changed if all we can do is pump our fists and talk about how great our country is, how it provides opportunities and freedoms. If we exchange only irritated conversations about stupid politicians or selfish CEOs. We cannot fix a country if we endlessly defend it and refuse to understand the depth and power of its issues.


In the country we live in today, I am constantly angered by our policies, our society, by the (willing) naivety of our citizens and by the refusal of people to see just how badly we need to change.


But most of the time, I feel relatively safe. Though we have flaws, I am lucky to live in a place in the country in a time when my sexuality is permitted and is starting to be accepted, where my gender is being talked about, where women are approaching (albeit slowly) equality, where interracial communication and understanding is being more widely encouraged, etc. I also do have the privilege of being white and upper middle class.
But now, this has changed. The privileges that I do have are longer outweighing those that I do not. The reality of our progress is no longer enough to quell my fear. I am furious at President Trump’s ideas, actions, words…
But in addition to that, more powerfully than ever before in my life, I am filled with terror at the possibility and reality of what this means for me, for my loved ones, my community, and for the basic justice of those around me. Terror at who has acquired such overwhelming executive and financial power over such a huge, wide-reaching and influential country. And so many others are, as well.


Please, let this horrific reality be what pushes the social justice movement over the edge; what reaches the hearts of our country enough that we finally, finally, take true action, use our voices for, and refuse to give up on fighting to amend and improve the parts of America that must be changed.


We cannot merely look at this with irritation and an angrily muttered word to a friend.


I am afraid because my gender, and many others which have barely come in to light in the past few decades, are now even more hated and prosecuted by the government.


-because women are being dehumanized & attacked
-because women are losing their rights
-because lawmakers are pushing to pass laws that criminalize more aspects of peaceful protesting and allow people using their right to voice their rights to be KILLED and ATTACKED. And these laws have a good chance of passing.
-because loved ones and ALL people of color are being told they are inhuman, that their religion or a religion associated with their skin color, should & will be destroyed.
-because innocent, hardworking americans will be stripped of rights, aid, jobs, and citizenship because of a xenophobic white fascist.
-because hate crimes against my gender, the gender I appear to be, my sexuality, non-white skin-colors, etc are not only increasing but are being pardoned;
-because police brutality is being outright encouraged
-because indigenous peoples who have already lost countless lives and land to imperialism/racism/government brutality are facing a dire threat to their safety, water, and lands.
-because in THREE days of presidency, this man who claims to be a democratic, uniting leader has done and/or all of these things and so, so much more.


Please listen. Please do not let this pass as a mere annoyance. Pease, let this be the wake up call that allows us to finally change a very disturbed and unjust system. Let this show us the major flaws in our country and FIGHT and speak up to change them. Please, especially to those who are straight/white/wealthy/cisgender/male, do not watch from your seat of privilege, protected from some of this violence, as we are taken back a hundred years in the humanity of our leadership. 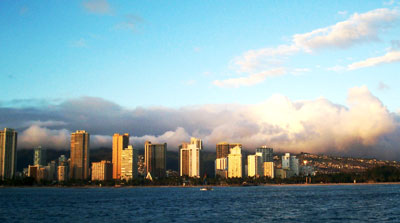 Favorite Quote:
It's nicer to think dear, pretty thoughts and keep them in one's heart, like treasures. I don't like to have them laughed at or wondered over.
-L.M. Montgomery (Anne of Green Gables)

View profile
I hope this gets published. It is such an important message to spread.