North Korea is evil. Why don't we put a stop to it? | Teen Ink

North Korea is evil. Why don't we put a stop to it?

North Korea sells little girls to Chinese men for 750$. that is the value of a human life to them. They will let 90% of the population of North Korea starve. North Korea tests biological weapons on its citizens with disabilities. When someone does something minor that they don't like, they will send them to a concentration or labor camp, likely until they die. Any crime committed by one person will affect 3 generations of their family. That usually translates to execution or torture. North Korea has barbed wire fences to keep the inmates in. Not in the concentration or labor camps, around the border. Noth Korea brainwashes its citizens to believe that the dictators killing them and their families are benevolent Gods. They pour all their money into weapons to destroy the rest of the world. and what does the world do?

When women are kidnapped and sold to china(not sold by the government), and then get pregnant and are recaptured, they are kicked in the stomach over and over until the child dies. or they are cut open and the baby is killed. In 1953 the dictator said that all religions are accepted and invited religious people to come out and tell the government they were religious, and they would be accepted. after many Christians and other religions(though he primarily targeted Christians because he didn't want people to read the bible and rebel) came out and told the government he mass killed them and their family because they worshipped a God other than him.

In 1948 Adolf Hitler started the holocaust. He killed millions of innocent people because they were different for a variety of reasons. he attacked the world and tortured millions of people. In 1929-1953 Joesph Stalin killed at least 15 million of his own citizens. he imprisoned a man in a labor camp for writing a poem identifying Stalin as a gleeful killer because his pride was slighted. In 1959 Mao Zedong began a reign of terror, teaching youth to rebel against parents and teachers, to kill and shame them into suicide. we see their evils and shame them. if we were there we would put an end to it, if we were there we would stop them and save the people they killed. why, then, are we letting Kim Jong-Un holocaust his own citizens, and in some ways go further than past villains? if you're reading this you live in a financially secure probably capitalistic place where you can make an impact. You Have Power. But you are turning a blind eye to what North Korea is doing. Why?

The picture I used is a North Korean orphan. Think about that. 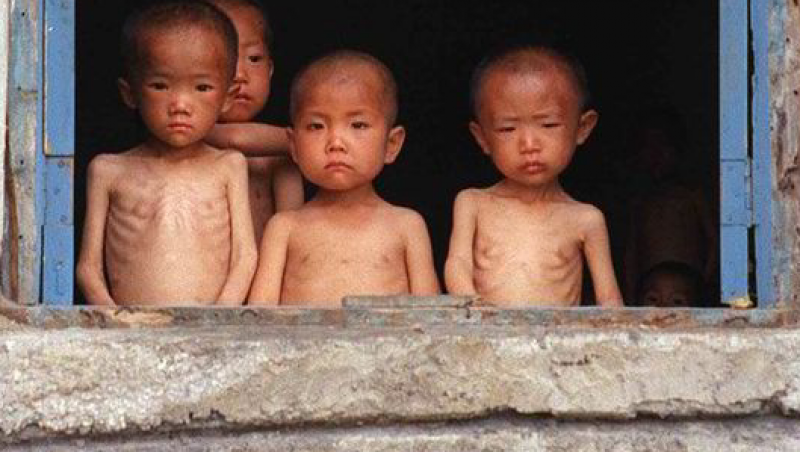 This is the truth of the matter. You Have Power. Use it.

For more information find voice of North Korea on youtube or some other channel. it's by a defector who was sold to china for 300$ at age 13.

View profile
@CrystalMelody you can protest, if you want. you can talk to the government officials about it(were the ones electing them, if they feel like enough people want something done about north korea they'll do it, if only to be reelected. and maybe when they hear about it they'll want to do something to). it doesn't matter if you just tell someone, that's wrong, spread the word, or in the case of the government that's wrong, do whatever you can about it, or if you manage to lead an army against north korea and have a thousand ted talks done about north korea. the smallest action helps.
did i just manage to sound like a defector giving a speech? i am American and have never been to asia.
CrystalMelody GOLD said...
on Feb. 27 2021 at 9:19 pm
CrystalMelody GOLD, X, Other
11 articles 1 photo 20 comments

View profile
So what exactly can we do about North Korea?