I could feel the sweat pouring onto the little blue puffer fish toy that was probably made by a factory worker in China, who made millions of these worthless little things everyday. However, this little toy distracted me from the nausea I was having as I tightly gripped it in my hand. I was being prepped for surgery in the OR, as my attractive, Harvard graduate doctor whispered to my mother how gorgeous I was. It was not in a perverted way, but in a kind and sweet way, as the anesthesiologist was approaching my acne-ridden face with a gas mask.


In that moment before I had been “knocked out” by the sedative for my first “real” operation, I started to think about a lot of things. One of them being, I know I’m not inflicted with a life-threatening disease, but why did I have to be one of the people that the world had elected to have cerebral palsy? Not necessarily, I hate my life and woe as me. Simply, my question being, everyone in this world suffers in some fashion or another, but how does fat decipher which people are going to experience which kinds of suffering? Is it by chance, or is there something in each person in the human race that has their personality or the people they surround themselves with that “decide” what kind of obstacles each individual might have to face?

I am not saying that my case of cerebral palsy is a tragedy by any stretch of the imagination, nor have I experienced any kind of profound tragedy. But what makes certain people have profound tragedy at some point in their lives and others have substantial, but less severe suffering?

Another thought that I pondered before surgery was, People most often have a specific “topic” in their lives as their greatest point of suffering This often includes medical conditions or diseases or the idea that these conditions or diseases engendered their greatest point of suffering. People who haven’t had that experience before don’t know what that’s like, obviously. But what is not so obvious is the somewhat cold truth that if that scenario did not happen to them, they wouldn’t even pay attention to what’s going on in their bodies, certain things are in their bodies, or happen to their bodies when functioning normally, or that certain specific things could go haywire in their bodies, even though the truth of the matter is that if that little tiny enzyme in a “factory of workers” wasn’t working, they could have a high chance of death because of a serious “shortage” of that little tiny enzyme in the body that only people who are endocrinologists know about. But, even if your condition is neuromuscular and not enzymic, like mine, even if you are not by any means a pessimist, then you start to think about it more. You start to think non-pessimistically about how the world chose you to be inherently intrigued by your little factory that didn’t have you end up suffering after all. 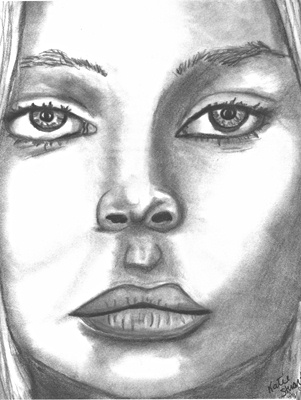