The Rise of Teen Counseling: A Viable Option For All | Teen Ink

The Rise of Teen Counseling: A Viable Option For All

Despite numerous attempts to bring mental health awareness into the spotlight, there has long been a stigma associated with it- especially in the media. While over 60 million Americans report having experienced mental illness in the last year, approximately 40 percent of them have not been able to receive the care that they need (Psychological Science). According to research published in the Psychological Science in the Public Interest journal, the overarching reason for this is the underlying stigma associated with mental health.

“The prejudice and discrimination of mental illness is as disabling as the illness itself.  It undermines people attaining their personal goals and dissuades them from pursuing effective treatments,” says lead author and psychological scientist, Patrick W. Corrigan, at the Illinois Institute of Technology. Not only is mental illness oftentimes seen as “weak” and “lazy,” but it also may prevent people from seeking out the necessary remedies to help themselves. It’s essential that we work to destigmatize the issue and spread greater awareness around its existing treatments.

One of those treatments- perhaps the most commonly known- is counseling. Over the past few years, teen counseling has surged amongst the younger generations as more adolescents continue to struggle with their mental health. In fact, according to the Centers for Disease Control and Prevention, approximately 70 percent of teenagers in the US currently struggling with emotional or behavioral difficulties are seeking mental health services that don’t involve taking medications, such as teen counseling (Livescience). Compared to the eight percent of Boomers and one percent of Elders that are actively engaged in therapy (Barna), adolescents are continuing to be more open to the wide scope of mental health services offered.

Overall, teen counseling has a very high success rate. In fact, over 50% of all individuals who have reported seeing a counselor stated that they had very positive experiences. With academic, social, and familial pressures that many teenagers regularly endure, receiving help from a professional can do wonders for mental health treatment- regardless of the severity of one’s respective illness. “Talking about your issues and problems out loud can be very helpful. It gives some perspective,” says Gregory Dalack, the chair of the Department of Psychiatry at the University of Michigan. “Talking with somebody who is trained to understand anxiety and depression can be even more helpful to help manage those symptoms, reframe some of the negative thoughts we tend to have, and move us to a place [mentally] where we can cope with those difficulties” (HuffPost).

Teen counseling is an extremely viable resource, and it is worth serious consideration- especially over the next couple of months. We all must work to eradicate the stigma around mental illness, and the first step is spreading further awareness around its treatments.

The Importance Of Teen Counseling
The biggest benefit that a therapist can provide for their patient is the ability to hold open conversations in a safe and judgment-free zone, in which a patient can discuss their most personal matters. For a teenager, there are a plethora of things they might seek solace in, whether that be self-esteem issues, family matters, relationship troubles, eating disorders, academic stress, violence, and much more.

These conversations are essential for the healthy development of teenagers and simply a peace-of-mind. Rather than bottling emotions inwards, teen counseling allows individuals to formulate their problems into words. This open expression is influential in uplifting mental health and allowing one to acknowledge their own emotions. “Suppressing your emotions, whether it’s anger, sadness, grief or frustration, can lead to physical stress on your body. The effect is the same, even if the core emotion differs,” says Victoria Tarratt, a provisional clinical psychologist. “We know that it can affect blood pressure, memory, and self-esteem” (HCF).

Many teens may feel uncomfortable talking to close friends and family members about their personal matters. They may feel embarrassed about their issues, confused about how to explain them, or worried that they’re being a burden. Having a trusted guardian- a counselor/therapist- to confide in does not only reduce physical stress, but it also can also be extremely emotionally relieving.

In fact, in a study conducted at the University of Texas, researchers found that bottling in emotions only intensifies one’s feelings at hand. After showing participants a series of movies and asking half of them to suppress their emotions to disturbing scenes, those who concealed their emotions displayed behavior that was significantly more aggressive after the movie was over. This same concept can be applied to dealing with everyday emotions; the more teenagers are able to outwardly express what they’re feeling- especially to individuals they can trust- the less those feelings will be intensified over a span of time.

Teen counseling is one of the best ways that teenagers can deal with their issues in a healthy, comfortable, and safe way. Not only will this platform help them address many of their problems (especially regarding mental illnesses) but it also might make them happier individuals overall.

Do You Have To Be Mentally Ill To See A Therapist?
Another common stigma associated with therapy is that it is only meant for those that are clinically diagnosed with a mental disorder.

While it is widely used as a treatment for those suffering from illnesses like anxiety, depression, eating disorders, or BPD, teen counseling can be an effective resource for a wide scope of individuals. In prospect, it is comparable to a doctor’s appointment or dentist visit; many people visit their healthcare providers simply for an annual checkup or for medical advice. Therapy can be utilized in the same way, as individuals don’t need a diagnosis in order to receive treatment for their mental health (Talkspace).

“Honestly, going to therapy was one of the best decisions that I’ve made,” says Cindy, ’22. “At first, I was never really interested in it because I never thought that I needed it. To be honest, I thought it would be embarrassing to tell people about- especially my parents. But my therapist was SO helpful, and we talked about stuff that I had never really thought much about before. It was like I was having a conversation with a friend. She helped me deal with a lot of my issues, and . . . realized that needing a therapist is so normal.” Many adolescents share similar experiences with Cindy. While it may appear unnecessary or foreign, utilizing teen counseling services can have substantial impacts on life satisfaction and emotional well-being.

This is not to say that therapy is the only solution out there, or frankly the best possible one, but it is an option that is certainly worth exploring. For those with mental health issues, it can be a valuable recovery resource, and it is a great way to overcome feelings of self-doubt, negativity, and/or isolation. For those without mental health issues, it can still be a valuable resource to control any lingering emotions and prevent the buildup of physical and mental stress.

Overcoming The Treatment Stigma
Regardless of all these benefits, the only way to make teen counseling a more widely used and socially acceptable form of treatment is to eradicate all existing stigma. The first step is to further open the conversation on the efficacy of such therapy services.

Teen counseling is especially important now more than ever. After almost a full year of social isolation, a national health crisis, and political mayhem - alongside the academic, social, and personal challenges that all teenagers face- many might find themselves needing that outlet to unleash unwanted thoughts and emotions.

Through teen counseling, individuals can do exactly that. Unlike medication, counseling can also be offered in virtual forms and at increasingly affordable rates. During these pandemic times, there is an extensive number of therapy resources that are offered at the tip of one’s fingertips. For example, therapy apps have risen to prominence over the last couple of years: many popular ones being Talkspace, BetterHelp, Larkr, and TeenCounseling. All of these apps provide users with sessions designed to fit their schedules, and therapists hand-selected for their individual preferences (all at affordable prices). Therapy sessions can also be conducted via Zoom, and they can be just as effective as in-person communication.

Overall, there are numerous options available for those currently struggling with their mental health, or for those who simply want a trusted adult to confide in. As the mental health crisis in our country continues to grow– especially amongst younger generations- more adolescents should utilize the services that teen counseling offers. The only way to make these treatments more available is to erase the stigma of therapy and continue spreading awareness. 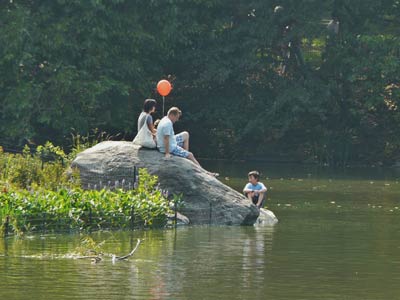 Teen counseling is one of the best ways that teenagers can deal with their issues in a comfortable, safe and healthy way. Not only will this help them address many of their problems, especially regarding mental illness, but it also may make them happier individuals overall.