Favorite Quote:
"Don't cry because it's over, smile because it happened." - Dr. Seuss

Every day in the United States animals are beaten, neglected, or forced to struggle for survival. Left in unsanitary conditions with no food or water, they have little hope as they live out their days without the compassion they deserve. Some are found and rescued, given the chance to experience how great life and humans can be; others aren't so lucky. To grow as a nation, we must fight for these abused animals' rights and severely punish heartless owners. It is up to us to speak for these creatures who lack a voice, for who will if we don't?

One of the first steps in protecting animals and ­creating effective cruelty laws is knowing what animal cruelty actually is. There are two categories: passive cruelty and active cruelty. The first ­involves acts of omission, meaning the abuse happens as a result of neglect or lack of action. Passive cruelty might seem less serious, but that is not the case; it can lead to terrible pain and suffering, and ultimately death. Examples include starvation, dehydration, untreated parasite infestations, inadequate shelter in extreme weather conditions, and the failure to get medical care. Passive cruelty is sometimes due to the owner's ignorance, so many animal control officers will first try to educate neglectful owners on how to properly care for animals before giving them a citation or placing them under arrest.

Active cruelty, on the other hand, is more well known and disturbing. Sometimes referred to as non-accidental injury, this type of abuse involves purposefully inflicting harm on an animal in order to feel more powerful or gain control. Active cruelty against animals should be taken very seriously, since it can be a sign that a person has serious psychological issues and may commit more acts of violence – possibly against humans.

It is hard to tell just what drives people to harm innocent animals. “According to a 1997 study done by the Massachusetts Society for the Prevention of Cruelty to Animals and Northeastern University, animal abusers are five times more likely to commit violent crimes against people and four times more likely to commit property crimes than are individuals without a history of animal abuse,” says Pet-abuse.com. It is vital to report people who hurt animals. Most animal abusers find some sort of fulfillment or power in torturing a victim they know can't fight back, which is why crimes like rape and child molestation are committed. While not all animal abusers become serial killers or rapists, it is important to take every case seriously.

For example, Carroll Edward Cole was a West Coast serial killer who may have murdered as many as 35 women in the 1970s and ྌs, and was executed in 1985. Based on Cole's testimony, his first violent act was strangling a puppy. The Columbine school shooting is another example of animal abuse as a precursor to human violence. Before killing 12 classmates and then turning the guns on themselves, Eric Harris and Dylan Klebod had bragged to friends about mutilating animals. If these acts had been reported to authorities and taken seriously, these two young men might have been put in a proper facility and helped, possibly avoiding the horrific massacre.

Given these examples, it's hard to imagine why all states don't take animal cruelty seriously. Alaska, Arkansas, Idaho, Mississippi, North Dakota, and South Dakota have no felony provisions for cruelty to animals. According to the Humane Society, a good felony anticruelty law should protect all animals, apply to first-time offenders, carry large fines and lengthy prison time, have no exemptions, require convicted abusers to get counseling at their own expense, and prohibit abusers from owning or living among animals. Along with these laws we need officials who will strongly enforce them. Police, psychologists, and even the FBI recognize the link between animal cruelty and violence against people. To better protect communities, all states should institute strong penalties and work to increase public awareness of these crimes.

It's not only up to the legal system to ensure that communities across the country are aware and educated about animal cruelty. There are plenty of things everyday citizens can do. The simplest action is for people to take care of their own pets and learn the facts so they can educate others on proper animal care. Another easy way to help is by donating to or volunteering at a local animal shelter. Contrary to popular belief, volunteering doesn't require a lot of time; simply going in a few hours a week helps tremendously. Finally, by writing letters you can remind your local lawmakers that animal abuse is a real problem that needs to be addressed. Taking a few minutes to support this worthy cause not only helps animals, it allows you to feel proud about standing up for something so important to society.

It is our job to be the voice for creatures who cannot speak up for themselves. As a nation we need to make it our priority to come together and ensure the safety of our beloved pets. As Margaret Mead once said, “Never doubt that a small group of thoughtful, committed citizens can change the world. Indeed, it is the only thing that ever has.” 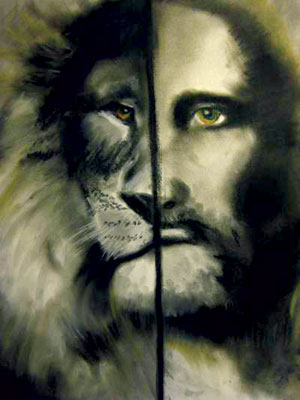 The author's comments:
I wrote this paper as an assignment for my english class, and feel very strongly about the issue of animal cruelty.
Post a comment
Submit your own

This article has 213 comments.

View profile
And motto be harsh but as for@UsemycodeLazar

... you're kind of pathetic