If Words Could Kill | Teen Ink

If Words Could Kill

Once upon a time, in a land not far away, God wept excessively, while a girl’s eyes remained dry–she had no tears left to shed. Even from a distance, one could tell that she was a binge eater, for beneath her sagging hand-me-down t-shirt was bulging flesh. She brushed aside the sodden strands of maltreated hair that clung to her rotund face, and squinted into the distance, causing dark circles to swell beneath her bloodshot eyes. The poplar tree was just ahead, representative of a journey towards asylum–the schoolhouse–half completed. It was then that she noticed a figure in her domain.

The girl’s anger mounted with each pounding step. “Who are you, and why are you here?” she bellowed as she neared the encroacher.

“It is me, Poppy,” replied a willowy female with striking green eyes–a contrast to her snow-white complexion.

“Well, Poppy. You are a scrawny retard. Go back to where you belong,” she fumed before proceeding.

Poppy stayed, for she was where she belonged. And though each remark was cutting, she stood proud and tall.

On the return trip, the domineering girl brought with her a flurry of hateful words. She was stalling, for the thought of home caused her to wince. It wasn’t until her store of insults was completely exhausted that she stopped spewing.

Poppy stayed, for she was where she belonged. And though each remark was cutting, she stood proud and tall.

With each passing, the girl’s jibes grew in number and bluntness, and Poppy’s lacerations accumulated. Though things continued like this for quite some time, there came a day when Poppy could no longer stand proud and tall.

The girl didn’t hold back. For every bruise on her body, she bruised Poppy. Seething with rage, she fired slurs until she was foaming at the mouth like a rabid beast. “I hate you! You should kill yourself!” she asserted.

Poppy lay on the ground, her slashed limbs oozing. When the girl looked down at Poppy’s lifeless body, a dam deep inside her failed, and the rivers of anguish surged forth, flooding the desert of her soul. The girl did not see a tree laying on the forest floor, but herself. 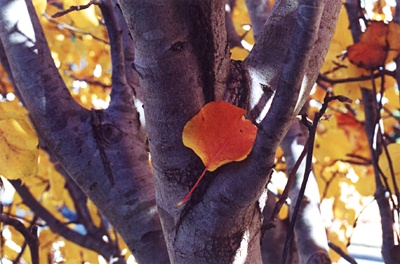 The author's comments:
This fairytale gone awry deals with child abuse, bullying, suicide/self-harm (cutting), and deforestation, among other topics. It sheds light on the effects of child abuse and the possible motives for bullying. Summary: "If Words Could Kill" is a short story about an abused child who channels her personal anguish into bullying. Poppy, the victim of the former's bullying, begins cutting her wrists to cope. This self-harm would later claim Poppy's life. The abused child feels remorse for her actions after realizing that Poppy was just like her–a victim of abuse–and that she did to Poppy what her parents did to her. In the end, it is revealed that Poppy is in fact just a poplar tree that has been cut down as a result of deforestation. Nevertheless, the symbolism remains
Post a comment
Submit your own

Favorite Quote:
what you see in the mirror is not you but one of two paths you can take. -Shayla Crumley 2010

Favorite Quote:
"What doesnt kill you only makes you stronger."

Favorite Quote:
I've learned that people will forget what you said, people will forget what you did, but people will never forget how you made them feel.
- Maya Angelou
When i was little/I used to point a chubby finger toward the dark sky/And ask my father/why some stars moved and others didn’t/He would laugh and explain that some were airplanes/I still wish on them today ~ Laugh-It-Out
The feathers of a crow are black/The ink of my pen is blacker/The pain of my heart is blackest~ Mckay
If love produced a blossom/I’d take it in my palm/What a blessing, the bright color!/How soothing, such a balm!/I’d keep a petal for my own/The rest, drop from my hands/For such a flower would multiply/And populate the lands~ thesilentraven
And I began to rival legends/Long entombed before my birth./But for all my much envied fame/The lust for more would not abate./The plaques and prizes with my name/Will, like all things, disintegrate. ~ TheEpic95 now known as Helena_Noel

View profile
Lexy, (hey may I call you that? ) firstly I must say that I love the fact that you explain every article in the exact way that it should be explained in that writer's comments/inpiration box. So Thank You for that because it helps in solidifying thoughts formed when one has read the article.  Anyway, this covered quite a lot and for that I applaud you. I shall suggest this article to a friend of mine who like me is also MUCH against deforestation and is a huge environmentalist always striving, she has even succeeded in creating her own organization for this, at the mo it is called "GreEnvironment" but some name copyright issues have arisen so lets see what happens. Other than that the twist in the story made it quite something and I must say your words are always picked with care. Answer one thing please. DO you ever write anything that is not as amazing? :P
411Ellie PLATINUM said...
on Oct. 31 2013 at 9:56 pm
411Ellie PLATINUM, Fridley, Minnesota
41 articles 28 photos 235 comments

Favorite Quote:
"Some infinities are bigger than other infinities." - faults in our stars by John Green

View profile
OMG!!! wow such and intersting thoughtful, riviting twist to how we normally look at people who cut. This is really extraordinary piece.  The entire piece was completely metaphoric and symbolic hinting slightly at what Poppy really was. I loved it and think it deserves to be on the magazine - honestly. Will recomend to everyone. Needs many rates of 5!!!