So many times I have wondered to myself what would it be like to be pregnant and in high school. How would people react, especially since I’m a good student who doesn’t get in trouble? What would I do if I had a baby on the way? So I undertook this social experiment. My project consisted of my wearing a fake baby bump acquired from the local Motherhood Maternity store that I then Ace-bandaged to myself all day. The result of this was a pretty accurate stomach. I wore this every day for a week at all school related activities, and then had a select few people who knew the truth listen to what was said. I expected some of stuff that happened, but there was a great deal of things that I did not anticipate. But that is so true. When we make choices we don’t always see all the outcomes. Reactions, rumors, and consequences; the things we don’t expect.

In that week, not only did I answer my questions about being a pregnant teenager, I also noticed a few distinct things about the reactions, rumors and consequences.

The responses of the school were instantaneous. Before I knew it I had 20 fresh followers on Twitter and it seemed everyone knew my name. I hadn’t expected the rapid popularity or the infamy. I also didn’t expect the people who knew me and had seen me all summer to go with the flow and believe it too. I was planning on the experiment to be mainly based on people I didn’t know who saw me in the hallways, but that wasn’t how it turned out. As result I was unprepared for what it was really like to walk around with a six month pregnant belly. As unprepared, I’m sure, as a real pregnant teenager would be.

My boyfriend’s football career was top priority. In all the gossip and slander, the biggest worry for the student body was the rumor that he was not going to play Friday night and his life was over. Very few thoughts went to what I was going to do or if my life was over. My boyfriend, had it been real, could have walked away, said it wasn’t his or broken up with me. The point being, he could have escaped. There is no way I could have convinced anybody it wasn’t mine, and in their eyes, it was completely my fault. To them, my boyfriend played no part in the issue; he was just an innocent bystander whose life I had ruined.

People were critical. I expected to be stared at and talked about. It seemed reasonable to me that people would be scandalized. What I didn’t expect was to be made fun of, imitated and called awful, horrible names. I had people completely stop in the doorway of the East building and block the entry, so I could not get through. They stood there and stared, and there was no shame for the unabashed gawking. Likewise, in one of my classes, a girl turned completely in her seat to stare at me. Not just for a little while, but for the most of the movie we were watching. As I walked out of the East building the girls behind me started to make fun of how I walked and imitate my huge belly. By the end of the day I hid my belly behind a binder just to stop the staring for a while. I felt so alone, even though I was surrounded by thousands of people. I hadn’t expected to be alone.

Stares, whispered comments and furious glances. The lonely track down the hallway is cold and silent. Conversations stop and mouths hang open as you trek your way to your classes. Even those who don’t notice right away have wide eyes when they glance down. They all gaze at your obviously six month pregnant stomach. You can feel the rumors and gossip spreading like a wave behind you. They say, “Oh my gosh, did you see her? It was bound to happen.” In the loneliness, the only thing you can think is how to hold back the tears.

This is what it is like to be pregnant walking the halls of Randall. The things you expect are bad, but the things you don’t expect are worse, and consequently, the most often to happen. My social experiment was based more on reactions, but sadly, those aren’t the things that matter as much, nor are they the things we normally think about. The ones that matter are the things that truly affect your life. The rumor went around that band parents had told my band director I was unfit to be drum major because I was irresponsible and a poor representation of my school and band. They then said that they didn’t want to represent their children. I didn’t expect that. All of my hard work last year could have been thrown away because of one decision. I could have lost the opportunity to have drum major on college and scholarship applications. Had I actually been pregnant, instead of worrying about PNE, prom and being a teenager, I would have to worry about childcare, being a mom, finding a job and missing school for appointments and actually having the baby. In comparison to that, what worth do hateful things have? The judgments and the stares are just the beginning of a whole slew of responsibilities. The problem is that too many times we are too busy worrying about the reactions and rumors, but now that I’ve experienced this, I worry about the consequences. 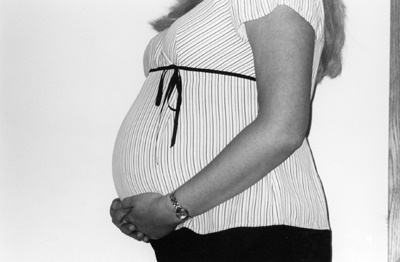 The author's comments:
I did this for a newspaper project and was really surprised by my results. ALL decisions have consequences. Including your words. This was such an interesting experiment, and I hope that people can learn from it like I did.
Post a comment
Submit your own

View profile
Thank you for reading! Have a good day:)