When the Silence Speaks | Teen Ink

When the Silence Speaks

Laughter coursed throughout the apartment.  The roommate rolled her eyes and turned back to her book.  All she had asked for was a quiet place to study tonight, since the library was closed on Wednesdays.  But Sarah just had to have a party.  Another bought of laughter brought on a headache.  Okay, that was it.  She was going to her room.
Slamming the door, Lisa sat down on her bed.  She could still hear the people outside, but it was more of a dull roar now, compared to the piercing chatter she had heard earlier.  Sighing, she put on her headphones and pressed play.
“Rolling in the Deep” by Adele came to her ears.  Lisa smiled.  This was her favorite song.  Now maybe she could finally get some work done.
Her hands flipped quickly through the pages as the music played.  Lisa sighed as the song finished.  She continued going over her notes.
It was a few minutes before she realized that there was no music playing.  She turned on her phone, seeing “Jar of Hearts” by Christina Perri.  The song was playing, and the volume was up, but still she didn’t hear a thing.  She removed her headphones and realized she couldn’t even hear Sarah and her friends anymore.  Thinking that the party was over, she stepped outside.
Oddly enough, none of Sarah’s friends had left.  They were still sitting at the table, on the couch, everywhere.  Their mouths were moving, but there was no sound.  It was as if someone had pressed the mute button for the apartment.  Lisa tried to speak to them, but no sound came out of her mouth.
Suddenly, everyone in the apartment stopped moving and collapsed.  Dark red blood ran out of their ears and mouths, gathering in a pool in front of Lisa.  She screamed silently as it formed into words.
This is what happens when the silence speaks.  The blood soaked into the carpet and Lisa heard herself screaming.  “Set Fire to the Rain” played from her bedroom. 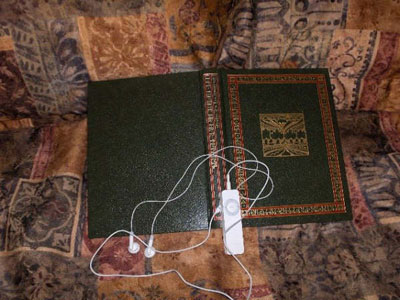 This piece was a small horror story I wrote after reading one by Edgar Allen Poe.