Every morning I wake up to the normal sun shooting through the left window, blinding me as I try to open my eyes. My dog, Donald, barks up a storm. He insists that every morning at exactly 7:04, he has to go outside. It really is starting to push my buttons. Can’t that damn dog just take a rest?

After I go outside for exactly 2.5 minutes, I realize I have to deal with my boss in exactly 48.6 minutes. I sit and moan for two minutes. Any more I would be late and any less I would be early: it has to be exactly two minutes. Afterward, I do my normal six-minute shower, three-minute shave, two-minute brush of my teeth – just like the dentist told me – and five minutes to figure out what I am going to wear ­today. That leaves me 4.5 minutes to sit and read The New York Times and moan about having to drive 20 minutes to a job that I can’t stand. Once I arrive, it takes 2.1 minutes to hear the lame story about what Ron, the guy two cubicles down, did last night and four minutes ’til I get to hear my boss complain that I never do anything right.

Spending 9.34 hours at my job, driving 26 minutes home (I hate traffic), taking two minutes to take Donald out and only getting 24.7 minutes to myself before lying down in my hard, cold bed and not falling asleep for another 12.5 minutes can really drive someone crazy. At least that is what my therapist tells me. But in fact it does not make you crazy; it makes everyone else crazy for not wanting to know how much time they actually have.

The thing that will make you crazy is if something goes wrong. Something that has been happening the same way for exactly 12.56 years. When that one thing goes wrong, all hell breaks loose. For instance, if you wake 45.8 minutes late because there is no damn dog barking for you to take him out. Which causes you to be late to work, because you have a 20-minute drive and only 2.4 minutes to get there. Then you ­decide in exactly 24 seconds that you have to call in to work saying you came down with something. But after the phone rings for eight seconds, the secretary tells you that something bad has happened and there will be no work today. You wonder for only one minute what could have happened, but then go and take a shower.

After 45.8 minutes of watching TV, you wonder where Donald is and what really happened today to call off work. You ponder this for 12 minutes, scratching your chin, noticing the red goop is also under your nails. You find that disgusting, so you walk steps, which takes you three seconds, to go wash your hands, for two minutes, in the bathroom that you never use. You look around for four minutes, noticing there is also red goop all over the walls. You quickly – so fast you can’t count the time – open the shower curtain. 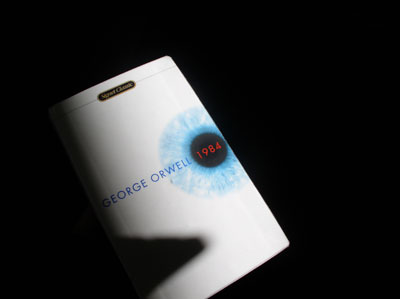 This article has 330 comments.

Favorite Quote:
"I have an unfortunate personality"

View profile
Excellent work. I was initially worried with "barks up a storm" but once I got into the flow of the story, it became very interesting, and totally unique. I feel it's a great kind of peek into the mind of a neurotic who's having a breakdown, a snapshot of someone's mental freefall.
hashslingingslasher BRONZE said...
on Sep. 9 2018 at 7:50 pm
hashslingingslasher BRONZE, Los Angeles, California
3 articles 0 photos 7 comments

Favorite Quote:
I don't have one.

View profile
This and another short story on here called Futureman are my two favorites. I love the sudden panicky vibe you get as soon as the red goop is mentioned. Creepy but cool!
astrosack GOLD said...
on May. 11 2018 at 11:05 am
astrosack GOLD, Ashburn, Virginia
16 articles 0 photos 17 comments

Favorite Quote:
"Nobody's here for a reason. Make one."

Favorite Quote:
"Do not judge my story by the chapter you walked in on"- Unknown

View profile
The story definitely pulls you in the moment you start reading it. The way you described the time was probably the best part of the whole story.
Dandelion14 GOLD said...
on Dec. 7 2016 at 12:49 pm
Dandelion14 GOLD, Houston, Texas
11 articles 1 photo 4 comments

Favorite Quote:
“People are screwed up in this world. I'd rather be with someone screwed up and open about it than somebody perfect and ready to explode.”
― Ned Vizzini, It's Kind of a Funny Story

Favorite Quote:
"Don't take life for granite, that's what tombstones are made of." -Hank the Cowdog

"Therefore do not worry about tomorrow, for tomorrow will worry about itself. Each day has enough trouble of its own." -Matthew 6:34

View profile
I can feel the panic in the narration, good job!