Favorite Quote:
I write entirely to find out what I'm thinking, what I'm looking at, what I see and what it means. What I want and what I fear.
Joan Didion

BEEP, BEEP, BEEP, “JEEZ SHUT UP ALREADY,” yelled the lump under a large amount of blankets, a hand slithered out and tried to hit the snooze button on the digital alarm clock. Finally finding it the lump sat up and dangled its feet of the side of the bed, looked at the clock and scrambled for the dresser across the room “Shoot I overslept again!” He quickly dressed in a pair of jeans, flannel long-sleeved shirt, and threw on a dull navy blue fleece jacket. As he proceeded to dash out the door, he stopped in mid-stride, backed up to the dresser and took a quick look in the mirror; he had a slight tan, with untidy dark brown hair and brown eyes. His face showed signs of red marks suggesting he was scratching his face during the night due to his eczema; he did not even bother looking at his callused hands knowing that they would have the same cuts as usual. He grabbed his train ticket and the faded brown fedora that was neatly hung on the hanger beside the mirror. After a running at break-neck speed to the train station and just making the train. He assumed his normal routine of staring out the window until his stop at University City. He recalled how people treated him as if he acted his age but his eyes looked out at the world like an old mans, everything he had known was gone. Why does it have to end so soon, he was behind on rent and felt like he was growing slower and slower in every way. “University City” said the automated voice. He got up, trudged out of the train and up to the sidewalk above; It was overcast, it was January after all. The hustling of the city with preoccupied people with their precious handhelds made the sidewalk making rush hour appear orderly. It took him at least ten minutes to go one block to the museum of archeology and by the time, he got through the iron cast gate and through the courtyard the sun was raising over the stadium behind him were they held the track relays he had participated in grade school. After entering the empty lobby, he turned right down a short hallway and stopped at a door, rapped twice and entered. 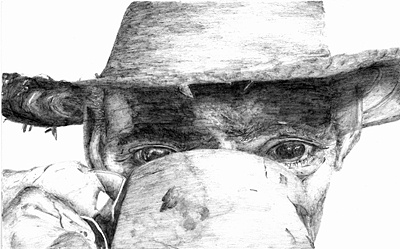 The author's comments:
not the best chapter i thought up and i have had a hard time working on the book but i hope you like it
Post a comment
Submit your own

Although nothing happened, event wise, I love the vivid descriptions! It really made this come alive. Keep working on this. It has potential! :)

You can always delete stuff, work on it and resubmit remember! :D

Favorite Quote:
I write entirely to find out what I'm thinking, what I'm looking at, what I see and what it means. What I want and what I fear.
Joan Didion