Bouncing your foot on the bloody floor you inspected carefully the tall man smoking a cigarette who was standing before the corpse. He was wearing a whole black outfit. Looking more into the details of his face he had long black hair and what looked like stress marks near his crimson eyes. Suddenly you recognized the man and decided to greet him.

‘’Kon’nichiwa (hello), my name is Shinobu, and I am the private detective working for the deceased Mr. Danzo head of the Shinjuku building.’’

‘’Pleasure to meet you Mrs. Shinobu. My name is Itachi but I am afraid our work is already done,’’ he said while shaking your hand, ‘’this investigation is closed because it is clearly stated as a robbery...nevertheless we do not need such an inexperienced woman like you to tell us otherwise.’’

You smile sarcastically at Itachi and go on doing your own investigation. Opening a small notebook and a pen you have a quick look at the house and then slowly walk towards the corpse. Danzo had a head trauma that clearly explained the shattered window and a knife wound that was probably caused in the kitchen by the blood trail left. He was swimming in a pond of blood that kept dripping from his fresh wounds. He just finished his job that explained his formal outfit and the expensive watch placed on his wrist.

‘’Hmm... interesting,’’ you say to yourself as walking towards Itachi, ‘’can I please see the file of this case?’’

While examining the file a thought popped up in your head.

‘’You know Itachi senpai (Japanese way to address an older person) it is not wise to judge others based on your own preconceptions and by their appearances.’’

‘’Excuse me?’’Itachi replied as a drop of sweet dripped down his face.

‘’This case is clearly not a robbery. I did not think the best detective in Tokyo would miss these small hints.’’ you stated.

‘’In my defense even the strongest of people always have a weakness.’’ Itachi replied intrigued by your response.

You start walking by the front door and point at the lock while Itachi was following you.

‘’Firstly, the door is broken from the inside that asserts that the intruder was let in by the victim and tried to cover it.’’

‘’Well, I don’t think that is enough evidence there Shinobu.’’ Itachi said with a frustrated tone.

‘’Thats not all,’’ both start walking near the corpse, ‘’the corpse has injuries that did not hit vital points which made him die a long and painful death from losing too much blood. That is why the dead body is this fresh.’’ You said while pointing at the only two injuries he had.

‘’Where do you want to go with this?’’ Itachi replied.

‘’Isn't it obvious?’’ You look at Itachi while having no response from him, ‘’because the injuries did not damage any vital points and the victim clearly did not resist, it means that Mr. Danzo knew the murderer and it was personal. Which leads us into believing the murder could be near here.’’ You proudly said.

‘’Thats quite a good point. How do you explain the stolen money from the safe then?’’ Itachi asked you as he crossed his arms.

You and Itachi both start walking towards the safe and have a closer look at it. You slowly bend down on your knees to see the safe up close and being careful not to touch anything so it would not leave any fingerprints.

Your face brightened and you said,

‘’I got it now,’’ you stood up, ‘’the safe is in a place which only a close person to Mr. Danzo would know and nevertheless, if this was a real robbery all the money of the safe would be taken away and any other valuables. For example, Danzo’s Sama (formally address a person) watch is still on his wrist.’’

‘’You are quite the interesting one Shinobu kun (how to refer a younger woman in Japanese), but this still does not say who is the murderer and there is no other evidence of it.’’ Itachi nervously said.

‘’You give up quite easily Itachi, isn't this your job?’’ you sarcstically say as heading back to the corpse.

You start to investigate the dead body again and notice an unusual pattern under Danzo’s arm. Taking a piece of cloth, you slowly raise his stone-cold arm. Danzo tried to write a word with his own blood, hopefully the name of the murderer. His writing was almost unreadable, but you managed to form ‘’イタ’’. It was clearly unfinished. While repeating the word in your head it said ‘’Ita.’’

‘’Could it possibly be Itachi,’’ you thought to yourself, ‘’ I knew it. Now that I remember I have seen him multiple times in Danzo’s office and he didn’t look that happy.’’

You quickly opened your phone without Itachi noticing and requested for back up in the top floor of Shinjuku building.

Seeing the shock in his eyes you quickly ran into him taking his right glove off.

‘’What are you doing?!’’ Itachi shouted in anger.

‘’Took you long enough,’’ Itachi manically laughing while holding his face, ‘’I’m happy you found all my clues.’’

Finally the police came guarding the exit. Itachi raised his hand up, slowly walking to the shattered window as you pointed your gun at him.

‘’You’re dead now,’’ you said while loading the gun.

‘’People’s lives dont end when they die Shinobu... it ends when they loose faith.’’ He starts giggling and makes his self fall backwards out of the window.

You widen your eyes in shock and see him fall out of the window.

‘’Let the games begin...’’ Itachi yelled while his crimson eyes shined in the dark,  ‘’Sayonara (goodbye).’’

As soon as Itachi said that he vanished into the thin air leaving his words repeat in your head... 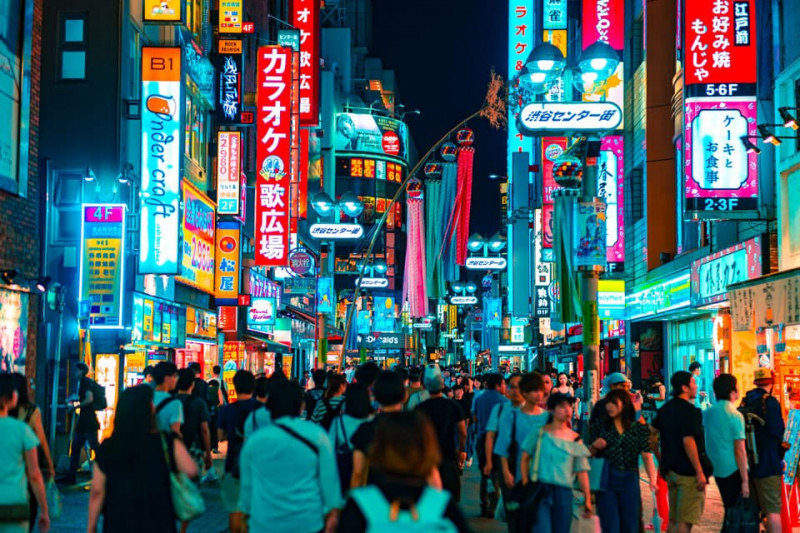 Two detectives Itachi and Shinobu work on the case with a secret hidding in the dark.