Legend of the Lighthouse | Teen Ink

Legend of the Lighthouse

There is an island somewhere in the world, no one knows where, where a 2-million-dollar mansion estate is located. The island has a lighthouse and there is only one keeper to take care of the estate. I guess you could call him the caretaker of the island. Still, it seems a bit odd that only one caretaker to take care of the Victorian style house and the lighthouse and the premises of the island. The following is a made-up story and is not true. (You can choose to believe it).

In the early 2000’s there was a boat manned by only 3 people that went to deliver supplies to the current caretaker of the island. The new one was Joe, the permanent order giver was his brother Sammy and the other one was a really young lad, about 13, was their friend Gus. Sammy had a license to drive a motor operated boat because he was 22. Joe was seasick and spent most of the trip in the cabin and Gus was a pig. When he had no one to talk to he could be found in the galley of the boat or on the roof reading his book. When they finally reached the island, they found an eerie silence, not the caretaker, Julio, jumping on the pier. They thought it would be better to take the rations to him. When they knocked the door of the lighthouse, they found that the door was open and they swarmed inside. The kitchen was a mess and the TV was cracked on the floor. They also saw the bottle of “precious beer” Julio drank was thrown on the floor. They sensed a horrific incident had taken place. Julio was always a bit mad.

They started the walk to the house and wanted to spend the night there as they could see dark storm clouds building up. They went up to the house and found Julio there. Sitting apparently, on the rock near the front door. Sammy tapped on Julio’s shoulder. He turned and he looked horrific. A cut across his face, unshaved beard and they were sure that he was not eating well for the past few weeks. He was malnourished even though he was the strongest guy they knew.

He told them, “Clear out you rats! He will feast on you. You will not escape this time. Stealing from the lighthouse eh?”

He looked at Joe,” You! Where is the navigator of Sir William?

He mellowed down and spoke, “Oh ho ho. You are in big trouble lad.

Then he fell down to the ground. Dead. Never to wake up again. Joe looked at his brother whose face was contorted with the fact that his mentor was now dead. He looked at his small brother. “Why Joes why? Why from this place? You know if something happens to you or to me, mother will never forgive herself for the fact she agreed to send us.” He sat down crying.

Gus looked at Joe,” Hey Joe. This guy Julio was not fibbing about some Sir Williams. Here, it says in my book, he died five centuries ago. He was a world wanted pirate and settled down here with the resources he had. He was betrayed by the quartermaster and his navigator was given to the French and Sir Williams was killed. It is said that a bad fate befalls a person who manages to lay his hands on the navigator.”

Sammy looked up and ran over to Joe. He said,” Hey Joe! Where is that navigator? Where is it?”

Joe answered,” I left it on the table in the lighthouse. I swear I wanted to give it back to Julio.”

With a snarl both Sammy and Gus ran over to the lighthouse and when they entered and searched the table top the navigator was not there. Meanwhile Joe was moving their rations in the mansion. He heard an unearthly screech near the library and he wanted to investigate. He waited till his brother and Gus came back. They moved the stuff up to the bedroom and moved a mattress in the same room. They had absolutely no desire to get separated now in this house. They locked the room door and were talking to each other.

Gus said in a grave voice, “Hey I think I have put two and two together. Sir Williams wanted the navigator, right? And Julio was French. Maybe his ancestors were the ones who received the navigator. Now he is dead as some sort of revenge. Maybe the ghost of Williams was satisfied by his death and your timely taking of the navigator and has not killed us. Yet…

Joe said drily, “I think he may be right. But on the other hand, I feel that he is angry at me for taking his navigator and is not yet satisfied. He may be out for one of our deaths. I don’t feel safe here.

Sammy said airily,” Well he hasn’t killed one of us yet. I feel that is his way of thanking us. We are staying in his house as guests.”

The others agreed that they will stay on only till tomorrow morning and leave then so as not to extend the ghosts hospitality.

In the evening the trio went down to check up on the storm. When they opened the door, the storm had gone so they thought it would be wiser to make a move now. They started loading things onto their boat when Joe and Sammy noticed Gus wasn’t with them. When they ran up to the house, the doors where locked and Gus was screaming from inside. An unearthly screech shouted, “Run boys run! The man has taken control of me. Arghhhhhhh…

After that no more noise was heard and the brothers rushed down to their boat and drove off. When they reported the incident to the coast guard and immediate search for the island was launched. The island was never found. The navigator too was lost. More importantly the two bodies of Gus and Julio were lost. And so was this legend until the navigator was found on a sunken ship of the British in 2010 by a Frenchman. And the other divers accompanying him were sure that they heard a haughty laugh of a man inside their diving helmet. The cycle was starting to repeat all again. 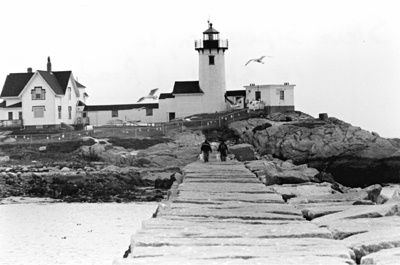 Hello world. This is my first article/story on this site here. Thank you for reading through of you have the time for it. I'm happy if I could entertain you with it and will post few others if people like it. Thank you to Teen Ink to help me write down my story to share with massive amounts of people.