A Love To Be Lost | Teen Ink

A Love To Be Lost

I never thought this would ever happen. I never thought I could ever see somebody in the same light as I saw Joey. I never thought I would ever want to be anywhere near another man, but he is just perfect. His crystal blue eyes are so strong and loving. His dark hair looks like the purest richest soil in all of Chylandria. However, it isn’t his looks that make me love him. I love how his smile shines through the darkest room and never fails to make me smile in return. He is so honest and he holds nothing back, even the bad things in life. He truly is the prince from my most wondrous dreams. There’s just one teeny tiny little problem: he isn’t a prince and I’m not his girl.

I guess I should start at the beginning. My name is Rylanna (Rye-lah-nah), but I prefer Anna (Ah-nah), and I am very powerful. I am 17-years-old to the world but I had to grow up faster than most and often act twice my age. My mother died giving birth to my youngest sister 6 years ago, and my father died several months later from a broken heart. Yeah, I know a typical “I’m an orphan” story, except for one small detail. My parents weren’t just regular people and I’m not just your typical-everyday-orphan-girl.

I’m far from that picture in your head of normal teenage girl. I don’t have time for boys, drama, or even school. I have never actually been to a real school, except once when I was around 8-years-old. (My mother thought it would be enlightening for my sisters and me to see where normal children had to learn. I thought it was gross looking, but that is beside the point.) I have much more important things to do than catch up with my friends over their weekend dates and study for a history exam next period.

My name is Rylanna and I live in Chylandria. You probably have never heard of Chylandria because it is in another world from the one you are in now. It is a dark land compared to yours, but it has so much beauty as well. For one thing, Chylandria is famous for our magnificent ever-growing flowers. Various species of flowers bloom year round, even in the snowy winters. Chylandria is also one of the oldest countries in my world, so there are ancient castles and buildings scattered everywhere. My home is one of those many castles, the most precious of them all. If you wish only to know the beauty of Chylandria, then you are reading the wrong story. Once you push past the over-glorified wonders of my country, you will see the countless horrors we possess.

Chylandria is widely known for its ruthless kings. For thousands of years, every king of Chylandria would marry the prettiest woman in the land and force her to give him a son. He then taught his son the cruel secrets of being a strong nasty ruler. The young prince would one day be king and he would choose his wife as his father had taught him to do so. Generation after generation, a new king was proclaimed and a new fear was added to the kingdom.

Then one day a young prince of 15 saw his father die a most horrendous death. He saw his father murdered by a trusted subject. The young prince’s heart turned cold and he became the cruelest of all the past kings. He killed and tortured to get what he wanted. The Chylandrian people feared him more than death, for he made death seem like mercy. The king whose name was Jonathon had one sister named Sarah. At the largest ball of the season, two men were seen pouring a powder into the young princess’s wine glass. A woman dressed in rags was the only witness.

Quickly, with the aid of a friend, the young woman rushed the princess out of the castle and into her cabin on the grounds. Slowly, the woman healed the princess until the poison had completely disappeared. By then, the king had sent word out of his younger sister, Princess Sarah’s kidnapping. When the king’s guards eventually found the sleeping princess in the young woman’s cabin, she and her friend were brought before the king. The king sentenced them both to death, a sentence that would be put off until the princess woke up. A week later, the princess awoke and proclaimed the young woman innocent and she was her savior. The king released the woman and as reward for saving his sister, he offered to marry her and she said yes.

Now this is where I start telling the truth about Chylandria. The young woman’s name was Mary and she was no Lady of the court. She was one of the thousands of slaves King Jonathon owned. Had she not married him, her children would have become slaves too, or at least that’s what many have told me. The truth is that Mary would never have had children if she hadn’t married King Jonathon, but that’s a story for another time. This is my story.

My name is Rylanna, but I prefer Anna. I am 17-years-old and I am the first single female ruler of Chylandria. I am the Queen. And yes, I am in love. Call it whatever you wish, but I follow my father’s example when it comes to love. The one man who has never lied to me about anything, the one man I am keeping the cruelest joke from, he is the one I love more than the air I breathe. When he discovers, no, when I tell him he will hate me. This I know is a fact.

His name is Michael, and as I told you, he is beautiful inside and out. He is an angel in my eyes. To the rest of the world, he is nothing. Michael is a slave, my slave to be exact. The problem: he doesn’t know he’s mine. He thinks that he belongs to her, her royal majesty, the queen herself. He just doesn’t know that the Queen is actually me. He doesn’t know this because I never told him that I am her. I didn’t want him to hate me, but now I know the when he sees the truth he will never love me like he says he does.

Remember how I said that I am very powerful? Well my mother, Mary, was more than just a slave. She was a faerie in another world. Her parents created our world as a prison for their daughter, a place where she could never fly again. Though she couldn’t fly, her powers became strong enough that she was able to do anything she wanted. Now, all my sisters and I each have one of her powers. I have the ability to change my appearance into anyone or anything I so desire.

That’s where my problem is. I have the uncanny habit of changing my looks based on my moods. Typically, it only happens when I want it to happen and I usually am quite recognizable, except the day I met Michael. That day I was fed up with palace-life and I morphed into a poorly dressed slave girl. I didn’t mind because as a slave, nobody would bother me, nobody would tell me that there was some place that I had to be.

As a child, my mother used to take my sister Mia and I to this huge oak tree that stood across a crystal lake. Whenever I want to get away, I go there. Nobody ever seems to be there; no one has discovered its magically enchanting appearance. I went to the lake that day and I saw him there. I was sitting in the tree admiring the way the sun sparkled over the water. I heard somebody walking up behind me, and out of fear, I lost my grip on the tree’s branch. As I fell, I heard his laugh, deep and joyous and I felt the color rise in my face. He offered me his hand and I accepted. And that was where it all went downhill.

I fell head-over-heels in love with Michael, and he fell in love with me, or at least the “me” he thought he knew. I never told him I was the Queen, his Mistress. He never failed to share his life with me though. As it turned out, he was an orphan too, and he and his older sister Shay lived in one of the slave cabins. They both freely expressed their hatred for the royal family, my family, and never questioned my silence on the subject. They were both so trusting and accepting, and I just piled lie upon lie to them. 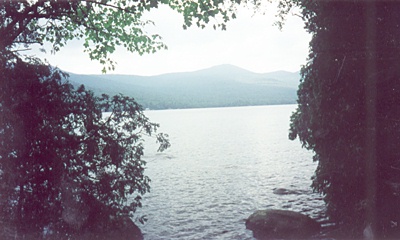