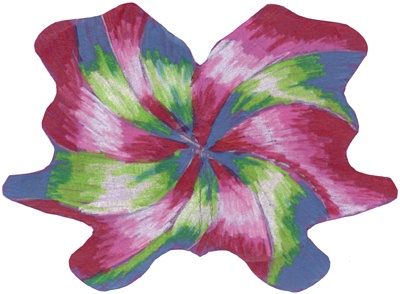 The author's comments:
Alice in Wonderland, the other side of the hole!
Post a comment
Submit your own

Favorite Quote:
do what you want no matter what poeple think. If they mind, they don't matter and if they matter they don't mind.

This article has 58 comments.

View profile
This was excellent, you did a wonderful job of twisting that story, well, not really twisting it, but thinking about what would happen to her when she got back.  Very imaginative and interesting.  Great job.
KK2013 GOLD said...
on Jul. 3 2010 at 2:54 pm
KK2013 GOLD, Solon, Ohio
10 articles 2 photos 161 comments

View profile
Thank you so much for writing something like this, the movie ruined Alic in Wonderland for me, except The Hatter. I love fan fiction because the fans make there own stories. Now I hope someone makes a fan fic where Edward gives up and eats Bella. WOOHOOO
AubreyTRieder PLATINUM said...
on Jul. 2 2010 at 10:03 am
AubreyTRieder PLATINUM, Clark, New Jersey
29 articles 0 photos 84 comments
View profile
This was really good... it went into Alice's mind after wonderland, and the consequences of her journey. :) very nice!
KK2013 GOLD said...
on Jul. 2 2010 at 9:21 am
KK2013 GOLD, Solon, Ohio
10 articles 2 photos 161 comments

Yeah! I read the first two of that series, and I think that they were really good. I forgot about those, lol.

MayaElyashiv PLATINUM said...
on Jul. 2 2010 at 3:53 am
MayaElyashiv PLATINUM, Ramat Hasharon, Other
37 articles 4 photos 193 comments
View profile
This was really interesting! I never thought of what would happen to Alice after Wonderland, but this is definitely an amazing interpretation!
Megaphone1927 SILVER said...
on Jul. 1 2010 at 9:55 pm
Megaphone1927 SILVER, The Tardis, Tennessee
6 articles 0 photos 43 comments

Wow! I was actually considering writing some kind of Alic-ey type story where she was kind of crazy or everyone thought she was crazy or something, but i never got around to it.

Even though I have read a ton of Alice-after-wonderland stories, this is definantly one of the best if not the best I've ever read.

Have you ever read the Through the Looking Glass Wars? I haven't read them, but after my sister read the beginning of your story, she thought that you would realy like it.

Favorite Quote:
"Not all who wander are lost"
JRR Tolkien

"Sometimes life sucks, so suck it up"
-ME

""We succeeded in taking that picture (from deep space), and if you look a it, you see a dot. Thats here. That's home. Thats us. On it, everyone you ever heard of

View profile
This was really cool and I liked the totally different take on the story. It was really unique.
whatshername GOLD said...
on Jul. 1 2010 at 12:42 pm
whatshername GOLD, Carlsbad, California
14 articles 1 photo 112 comments
View profile
wow i looove this!!!
redfer SILVER said...
on Jun. 30 2010 at 11:43 am
redfer SILVER, Tucson, Arizona
5 articles 0 photos 13 comments
View profile
I liked this different take on Alice (too many people are sterotyping the character due to the hype over the new movie). Great job!
roxymutt BRONZE said...
on Jun. 29 2010 at 9:50 am
roxymutt BRONZE, Marietta, Georgia
4 articles 5 photos 109 comments

View profile
this is great!!! who knew what happened to her AFTER the whole wonderland expirience...its very life like. back in those times you social status was a very important thing partaining to a job and who you hung around with! this was very well done...again you picked up the emotions perfectly and i liked taht the sister was unable to see the hole!!! :D well done
taylorf463 GOLD said...
on Jun. 28 2010 at 9:52 pm
taylorf463 GOLD, Marion, Kentucky
13 articles 0 photos 152 comments

Favorite Quote:
If he'll lie for you, he'll lie to you.

An ending was an ending. No matter how many pages of sentences and paragraphs of great stories let up to it, it would always had the last word.

View profile
This is really good! I like the way you are able to put such good description and voice into the events and your characters. It was really good!!! :)