Arianna sat in her high, lonely tower and watch another one walk out. she felt so small up here, sitting with perfect posture yet feeling the coldness of every castle stone to her back. captive. the kings captive. his daughter. her rooms were a quick ladder away, lush and lavish, filled with silks and velvets. she prefered the lonely, dusty attic.

she sat there and watched day after day, lonelier every time. every. stupid. time. this war would never end. her father, of course, assured her it would. and of course, when it did, she would be married off for an alliance.

if she didnt jump out this stupid window first.

if she didnt run away first.

if she didnt somehow gain an ounce of power first.

maybe her mother would help her break free. when her mother came back for her, she would be free. in the mean time, she lived under her fathers thumb and tried not to kill someone.

it wasnt just arranged marriage. she didnt care. her every action was controlled by him. when she left this lonely tower. who she saw. when she could come down and who could be her maids. he even controlled what she wore. when he needed a cute, child daughter to gain some diplomats sympathy, she was dressed almost like a child and told to hold a doll. for suitors, she had to wear some ridiculously lavish gown that just made her look stupid. and for someone else, she didnt know. she was only a tool.

being married off was her biggest threat. if she was married before her mother came for her, then all of this would be for nothing.

her mother had green eyes. big, bright green eyes, beautiful eyes. pink cheeks cast orange in the warm fireglow. a purple dress. she remembered the way it fell soft to the ground, and rippled with the words. brown hair. she was tall, or she looked tall from a 5 year olds eyes. she remembered the warmth of the hearth, the snowflakes falling outside.

her mother would return. she knew it. and in the mean time, she would sit here like a good princess and trust her mother. Father would say soon didnt mean 5 years. but she wouldnt tell him.

she wore a purple dress right now, it looked like the one she remembered. she would be brave and wait for her mother, who loved her.

she had a dress that was her mothers. it was white and silver, with blue hems. it was perfect and hidden. not even the maids saw it. her father had thrown away all of her mothers gowns. she stole it when she was seven.

but she tried it on. it fight as if it were made for her.(note: in mediveal time, clothes were made specificlly to a persons exact body shape and dimensions. as someone with long legs that no pants seem to fit, i wish we still did that. but anyway, that just means she is the same size with the same proportions as her mother.) she hid it at the bottom of a chest in her attic, under a pile of blankets. a trunk she sat on now. 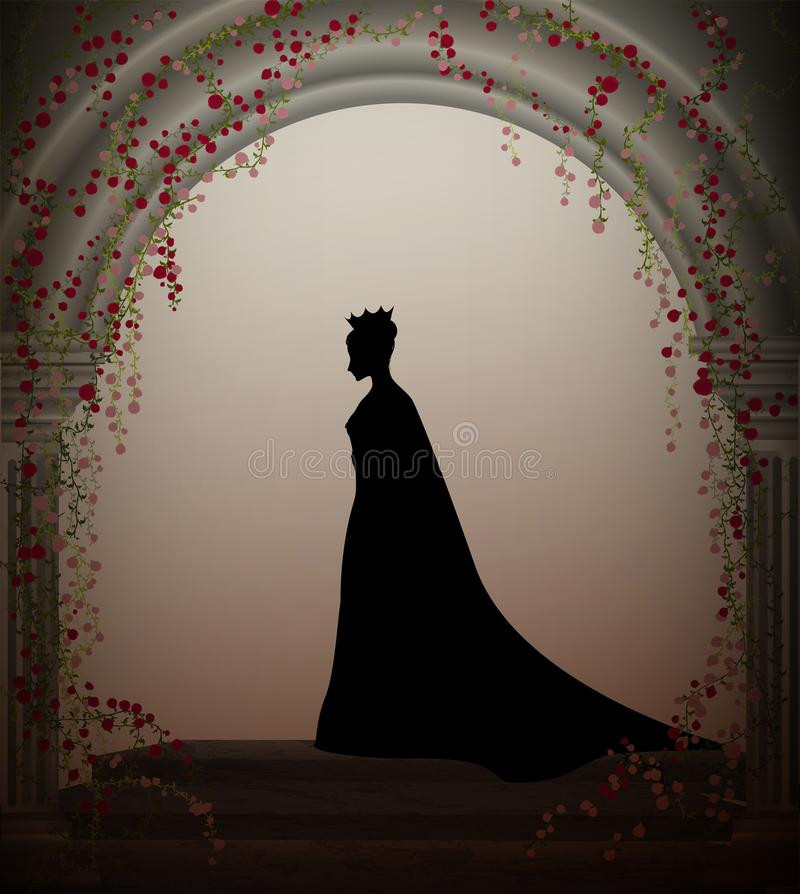 so im writing a biggish project right now, and its (another) romance, so motivation is low, and i havent been writing so im boosting my creative capacity and giving myself a break with a quick throwaway story. dont know what its about yet but i hope its worth a read(now watch as this turns into not only the greatest thing ive ever written but the greatest literary work in the world, just to prove me wrong. if that happens, please feel free to laugh your head off.)

this is just a quick creative break so i didnt even do enough research to pick a name with a meaning.

it came '' this close to being about my dnd character but my other project is my drow monks backstory and i have so much work to do with dungeon mistressing i need a break in a big way. my dungeon master would be so disappointed...

hm might loosely be based on catherine the great. i dont know, im not far into it yet and im playing it by ear. bit deeper, maybe this is if Brennan were an emo princess.

ugh i have to come up with an inciting incident with no plot. so putting this on the back burner in favor of working on my biggggggg project, and i will finish it and give it reasearch and thought later.

i have a rough outline for where it will go but in the mean time, i need to think up an inciting incedent.

note to self: involve roses in some way. please dont make them evil again!