“The day the world began, as the first tiny seedlings grew and the first people came into being, the sun and moon turned their faces to the tiny planet. As their glory rained down, the first drops of sun and moon light fell. Where the sun hit, a person appeared. Her skin was tanned and her hair golden, her eyes like molten amber. Her name was Ray, first of the sunborn.

The moons light followed, and beside her stood a man. His glowing pale eyes were the deepest of blue, his hair shone silver, his skin was pale and glowing. His name was Beam, first of the moonborn. The light continued to fall, and for a precious moment these creatures were created one after another, 50 Moonborn and 50 Sunborn. Then it ended, and the light illuminated instead of created. At least, not in that sense.

The sun created life, growing plants and giving heat and light. He gave fire and life and aided the humans. His sister moon played with water. She protected nature. She destroyed so there was space for the life.

The sun and moon children worked to aid these goals, working in perfect harmony, a yin and yang. Ray and Beam lead the two. The sunborn created and controlled fire, healed and grew and nourished. The moonborn controlled water. They withered and destroyed. They defend nature.

Aside from Ray, all of the sunborns were men. Aside from Beam, all Moonborns were women. At the end of the creation spree at the dawn of the world, the very last moonborn to ever be created was named Aiday.

As time passed, the humans grew destructive, and the populations of Sun and Moon born dwindled, nature and all it's courses with them. Ray and Beam were the first to die. Slowly, all the others did, until today, only I survive. My name is Aiday, and I must save this world. But the only Sun and Moon borns to ever be created was the dawn of time. The Moon and Sun grow old and weary. It is imbosible at this point.”

She glanced up at the figure she was speaking to. It was a carved stone person. She hoped this would work… she used her powers to cover the statue in water and decayed the outer crust of the stone, crumbling it.

Underneath, there was stone. It hadn't worked. She destroyed it all. She had to do something. Without a sunborn, life would stop coming to be. Without her, life would indefinitely continue. She jumped as a voice spoke behind her.

She turned and saw a man with dark skin and golden hair.

“I am Cyro. only a Moonborn would know that. I am the last of the sunborn. When I saw what was happening, I hid, and kept life sputtering forward. What were you trying to do?”

“I know you,” she had met him once or twice. “I was trying to make another. I'm not sure why I thought it would work.”

“We have to survive or the world will end.”

“Fine. want to know a secret?”

“I think I know what happened.”

“It was the humans. Maybe not on purpose, but theyre destroying things, unnaturally destroying.”

“I would have done this myself but I needed a Moonborn. Destroy them.”

“Absolutely not! Have you forgotten raising the first of the humans? Remember when they were vulnerable babies and we took care of them? I remember the 5th human. When I took her she was so peaceful. She asked me to defend her people as her body withered away.”

“I won't destroy the humans!”

“Then destroy the world, humans with it!”

“We’re supposed to  protect them.”

“We’re supposed to protect the world! And nature, which the humans blatantly abuse!”

“When the world crumbles into ash.”

“It will be too late then!”

“It will never happen!”

“We have to downsize the life scale anyways. There are two of us and too many creatures. Why not start with the root of the problem?”

“You can't prove they caused it!” she knew they did. She wouldn't kill them all the same.

“Then save some of the children, start the world over!”

“No. We can leave the humans to their own devices, they have things to take care of growing and killing themselves.”

“Thats why the population went down.”

“...yes.” with the look he gave her she was really glad sunborns didn't have brainwashing powers.

How come he gave in so easily? She didn't know him well, maybe he just avoided conflict or something. She glanced up. The sun was entering his full glory as sunrise perished.

Aiday walked to her cave. She didn't wake up that night.

As Aiday, the young one, walked away, Cyro followed, carefully concealig himself. H may not have been as stealthy as Moonborn, but she couldn't see well in sunlight. He was going to kill those humans with her. The Sunborn had a secret power, sworn to secrecy, not even shared with the Moonborn.

Aidays eyes blinked open as moonlight streamed through the branches. Cyro sat beside her, staring disintrestedly into the distance. She stirred, muttering some nonsense to dream Beam. why wasn't she in her cave? This was the old camp.

“C...Cyro?” she muttered, spitting out some light blue hair. He glanced at her.

“What are you doing here? Why aren't I at my cave?”

“Because I forgot to put you back.”

“Never mind. I didn’t know Moonborn could destroy so much. You can mass kill?”

“What? Thats a secret.” She was sworn to secrecy. They had the power to kill entire speices at once, and even Sunborns or Moonborns.

“Considering the circumstance, I'm not putting much stock in the secret powers being secret. So I’ll tell you mine.”

“Are you going to exlain what you were doing with me in my sleep?”

“You’ve been asleep for about a week. Must be killing all the humans really drained you.”

“WHAT?! I didn't kill anything! How do you know the secret?!”

“Our secret is control. You wouldn’t do it yourself, so I made you.” He said it so, dispicably simply.

“Another part of our secret is we can kill Sunborn!” she Stood up swiftly and put a forceful hand on his chest, “Give me one good reason why I shouldn’t drain you for what you’ve done.

“I have two. You need me, since I'm the only Sunborn, and you were the one who killed them.”

“If Ray and Beam were here I’m sure they’d side with me.”

“Oh, undoubtedly. But they also didn't listen to me, and look where we are. I had no choice.”

Her eyes flared and she clenched her fist, watching some of his gold hairs turn grey and the begining of wrinkles appear. “When I fix this and get more Celestialborn, I’ll take the rest. In the meantime, you’ll do exactly as I say and if you don't, I’ll find you and destroy you. If you control me again, I’ll destroy you. And you only have about 50 years, aging started working on you.”

His eyes widdened and he nodded.

“Didn’t think I could do it? I’ve killed trillions of creatures. I was tasked with taking some of humanities most notorius. None of them were as dispicable as you. I’m the youngest Moonborn. But I’m not young.”

“I did the only thing I could.”

“Don't defend yourself,” she spat, taking another five years. She took her hand off him and slammed the dirt beneath. It crumbled and a broad pit opened. He fell in. “Stay there.”

She turned and ran aimlessly through the trees to a cliffside overlooking the water. She lapped the waves as her gasping tears lasped, staring up at the moon through wet lashes.

“Help…” she muttered in Moonborn. The waves started moving on their own. One of them lapsed high enought it doused her. She opened her arms to the spray and felt something. She caught it instictivly, looking down and what she expected to be a conch. It was a human baby. Another wave crashed and she caught a second.

“Thank you…”  she muttered. Then she turned and walked to the nearest town. It was gone. Rubble. Hate swelled back in her and she turned towards where she left Cyro.

She walked back to her cave with the babies, leaving behind the now empty pit. As she walked, she heard something like a fyrework. She looked up. A star shot across the sky.

“When the day comes that you have the deepest need, wish on a star.” Beams voice echoed.

“I wish for more Celestialborn.” she heard a loud noise. 99. No, 100. She turned and saw white people, hair to toe, heads bowed and waiting. As the sun rose, she assigned them. Sunborn, Moonborn. She split them in two and told the story. Not just the story of the behining, the story of the disappearence, and of Cyro. she handed the children to the two she assigned first as the dawn began to close, A man for sunborn and a woman for moonborn yet all the others were the wrong gender. Before the moon set, both the sun and moon struck her and she was lifted by swirling rays of light.

The creature that came down was color. It was power. It's hair was neither golden nor silver, it's skin neither dark nor pale. It was light in every sense.

“I am your leader. I am Nova, the Galaxyborn.” 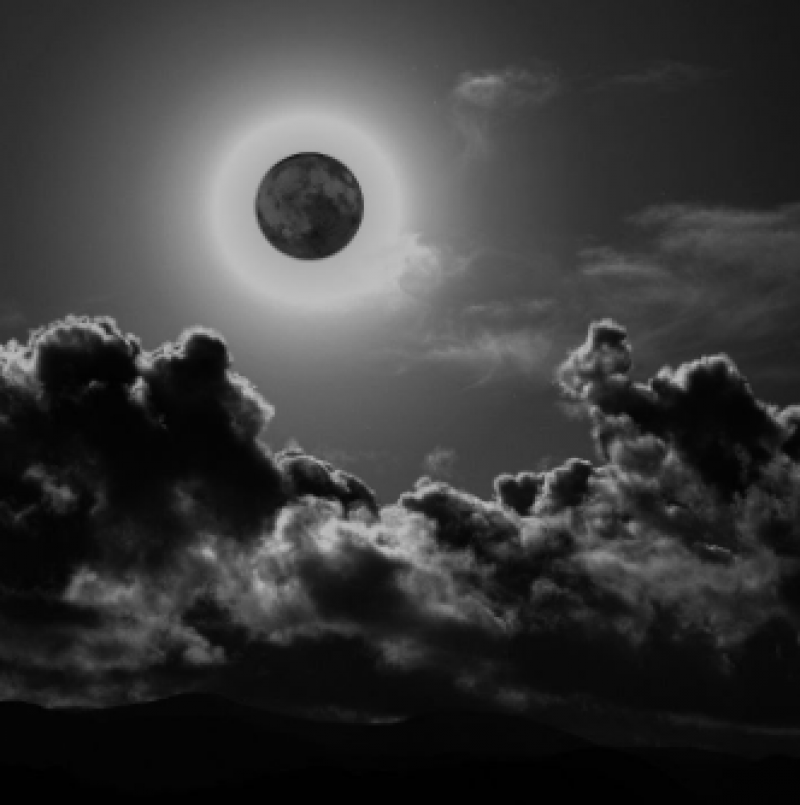 i turned sun and moonborn into hoebrew races on dnd. they're not as op, of course. i also created the subraces 'fallen sunborn' and 'fallen moonborn'. i have a fallen moonborn werewolf paladin(she fell when she got cursed with lycanthropy. shes trying to break the curse to redeem herself.). it also harms fallen moonborn to cast spells, but dnd paladins are partly spellcasters. she casts spells even though she knows it will injure her and she has a disadvantage because she wants to be true moonborn so much. shes still chaotic good(moonborn alignment) instead of lawful good(paladin alignment) or neutral evil(werewolf alignment).

Cyro was trying to do the right thing. he didn't know what else to do.

View profile
That made literally no sense but I am absolutely WWOWWED at your imagination. How do you