“Aspen…” Aspen stared up at the branches of the tree she sat under. The air whistling through the branches sounded like her name. She wanted to explore the yard of her new house. The owners had been very attached to the house, until they died recently. Their children seemed to hate the place, so they put it up for sale. Her parents had bought it, and since she was only 16, she had to come with them to a boring house in the middle of ohio.

The tree looked nice enough, it's aesthetic had a history and a future. She could imagine a rope swing hanging from a branch or something. She stood and circled it, it would probably be the most interesting thing there. At one point on the trunk was a faded scar, a word.

Lexi♡ she absentmindedly wondered who Lexi was.

“Assspppennn…” the wind howled again. She glanced at the sky. It looked like a storm would break, so she headed inside and started the tedious task of unpacking.

Nothing happened, anywhere. Nobody noticed her at school, everything at home was boring, and even though she finally had a drivers license there was nothing interesting to drive to. As predicted, the tree in the backyard was the most interesting thing. She liked the fresh air and the cool shade it provided, so she would sit under it reading or something. She finally got a rope swing to hang on lexi, as she called the tree. Unfortunatly, the first day it was up the wind blew so hard it fell.

She also like the way the wind whistled through the branches. It sounded like words, she would have random fun little conversations with the tree. It hissed her name, often, or rather, she heard her name. It was easy to get words she was familiar with from it. Sometimes she talked back.

“Who? I heard an owl on you last night.”

“Here. or do you mean where did i hear it? From my room. I had the window open to look at you and the moon.”

“Where am i going? Inside, to get some food. Ill be right back.”  she turned around and a girl stood there, staring at her. Her hair blew in the wind, it was almost like… all of her blew in the wind a bit. She could alost see through the girl.

“Don't pretend you don't know me! I thought we were friends!” the girl shouted.

“What? Kid, I've never seen you before. Where are your parents?” behind her, lexi repeated,

“Yes, you have! And where are my parents? I want my parents!”

“I'm serious too. Whats your name?”

“Lexi.” what?! This was to creepy. I ignored the crying child and ran inside. When she went back outside, the child was gone. She straight up hugged the tree, just for comfort and kinda fear.

“Lllleeeeeeeffffffffffttt” the tree had a broader vocabulary this time. Almost scary...

“Too!” it sounded reallllyy angry. She forcefully reminded herself it was just a tree, just the wind.

“Yep. i told you i was going to grab some food.”

“Why did they leave?” she heard the same childs voice again. She whirled.

“I don't know who your parents are!”

“Yes you do, you live in their house!”

“No, thats my house. The old owners are dead.”

“No!” the girls- lexis- legs didn't move, yet she seemed to rush at her from all sides.

“Liar!” the girls voice echoed around her.

“Where are mommy and daddy?!”

“I don't know. What happened to you?”

“I don't know… i was playing and my toy went into the road, and then everyone started ignoring me. And this tree became my home, i don't know why! But mommy and daddy sometimes heard me, and you could too.”

“I don't know. Twice a year mommy and daddy put flowers on my tree, on my birthday and some other day. I think it happened maybe a hundred times before you came?”

“Get away from my tree you liar!” Aspen jumped. She did not want an angry ghost after her. She turned and left, running blindly, until she heard tires screeching, and a car slammed into her. By the time her body hit the pavement, she was gone.

Her parents buried her under lexis tree and carved her name in the trunk. They said for the rest of their lives they could hear whispers near the tree, and sometimes, when the light caught just right, a 16 year old playing with a little girl under the tree. When they died, the house was sold. And one of their children ran into the road at the wrong moment... 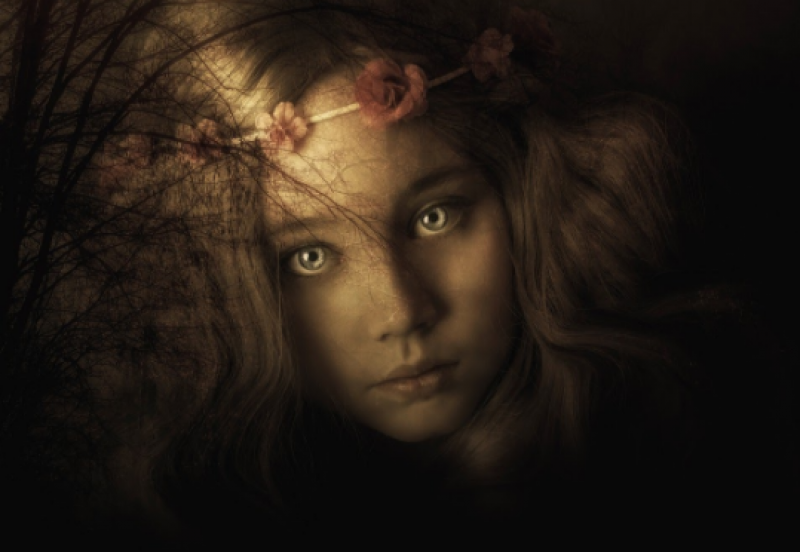 so about halfway thru i started working on other projects and when I came back a few days later my heart wasn't in it, so the end is more like a quick summary, sorry. the rest is good enough.