Previosy: a lot of world and character building. a beam of moonlight entered the cave totally detached from the actual moon(think of a laser) and is resting by echo. she came to the conclusion she needs to follow it.

Echo stood confused and started to follow out into the main cave. the wolves were all in a panic.

"its cloudy!" secret stared at her, and then the moonlight.

"The sky should be clear!"

"didn't frost tell you that i control the weather? today was meant to be clear. the clouds totally block moonlight."

"i think the moon did that, it looks like this, uh... moon beam, wants me to follow it. if its clear then i wont be able to see it."

"why on earth would i be able to talk to the moon?"

"i hope ill find out wherever this thing takes me."

"ok. do you want someone to escort you? there are a few bears, and they would attack an unprotected human. and giant eagles would not miss the chance to capture an owl with powerful magic."

"well how powerful is the moon?"

"we dont know how much direct influence it has."

"so, as an owl a bear cant catch me. could an eagle if the wind was blowing them off course?"

"i think the wind is controlled by the moon, or something like that."

"ok. if you arent back by sunrise or the time the clouds clear ill send search patrols. if you meet trouble try and signal us somehow. smoke, maybe." echo nodded and focused on switching into owl form. she took flight and the moon disappeared. what? the wind under her wings controlled her direction, and if she just tucked them in and tried to stop she would fall. so she had to let the wind guide her(though she did scream and was within sight of secret who couldn't do anything). she headed toward a mountain, its peak cloaked in smoke, was it where frost spoke to the moon? she kept blowing in thru the smoke and ended up facing the moon.

"what?" she reverted to human form.

"you dont know what you are meant to do."

"yeah. are you going to tell me?" was she really talking to the moon? how did it surprise her?

"yes. your duty is to strengthen the magic. if you touch it you will know what to do. but more importantly, you need to find the root of the problem. it wasn't always your duty to be involved with the magic. something corrupted it. you must stay away from the lions, especially galaxy. she has a power over you a knowledge you do not posses. she will seek to use it against you, i belive. Solar Syphony may try to trick you into working with him. if given the chance he would destroy the wolves and moon. the wind also desires something of you, though it is forgotten what. use it, but do not trust it. it is linked to you, your office was originally created to tie into the wind, but it is corrupt now. be cautious. at every turn something waits to betray, harm, or use you. trust only the night, the wolves, and anything obviously linked to me. be wary of those pretending. focus primarily on finding the source of the problems with the magic. the wolves will help if they can but they are unsure of you and some mistrust you. frost will be best suited to aid."

"i dont want to work with her. or deal with her."

"you must. this is about bigger things than the conflict between you."

"yes, moon." if she just said yes maybe she could go sooner. she would use the information tho the part about galaxy broke her heart.

"very well. you are dismissed." she became an owl again and took off, trusting the wind would get her back. wait, she wasn't supposed to trust the wind! but she didn't know the way home so she was using it. she let it carry her back and she landed. secret was pacing anxiously. when she landed the clouds cleared.

"the moon spoke to me. i need to think. and sleep. secret looked as if she was about to question her but she brushed past. she didn't really answer to her.

this is thelast part of the first interwoven wolves. look for Interwoven Wolves 2: The Magic Divide(1). the end of interwoven wolves is nowhere near. remember to think critically of everything that happens, there is more going on than you see. I'm also compiling it as a book, which will just be interwoven wolves. 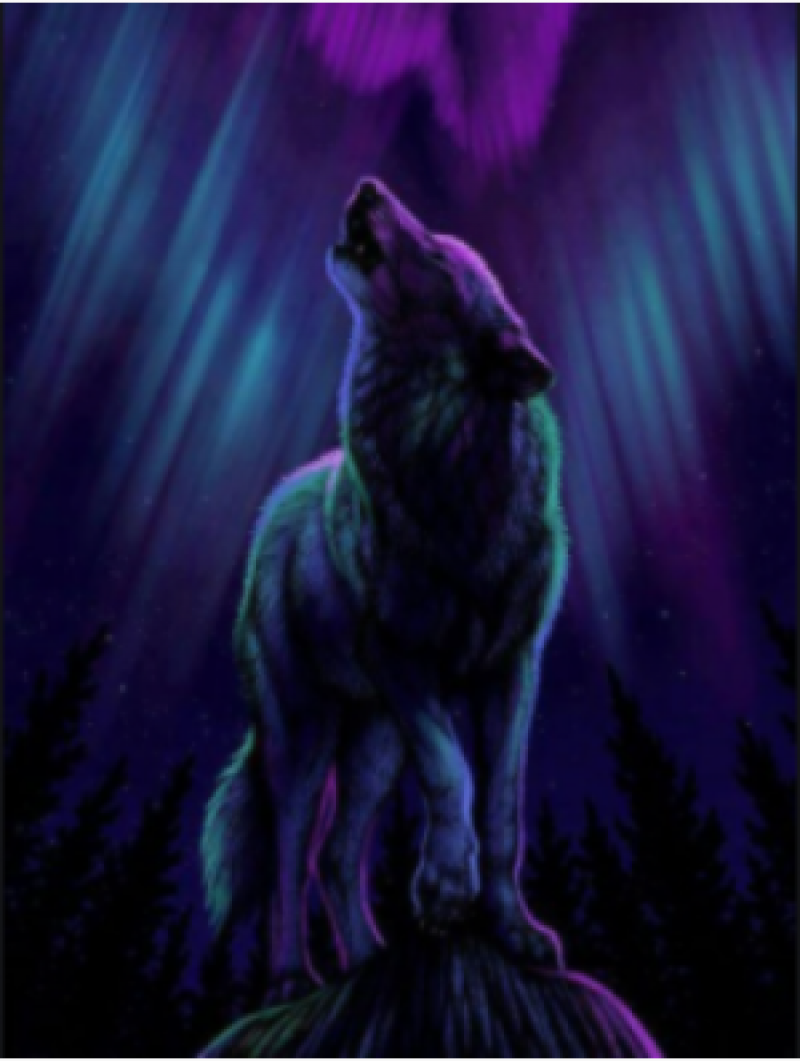 look forward to seeing you in the 2nd part!

View profile
so i had a problem, namely my computer glitched and deleted the first post of the next thing. now that was really bad. where normally one post takes me a few hours, that one was taking like a week.so i sorta rage quit. basically, if this isn't something that at least one person who isn't family or friends likes and wants to find out what happens, its over. litrally just comment if you want it to continue. on any of them.