Whispers in the Night | Teen Ink

Whispers in the Night

All doors were locked.
No key.
“Darn!” Lexie muttered to herself. She tiptoed across the lawn and went around the side of her house to her room window. It seemed higher than usual tonight. The last time she did this was two years ago when she was just thirteen and much lighter than how she was now—not that she was fat or anything. She jumped and held on to the grills of her low room balcony. Hoisting herself up, she made little grunt noises which emphasized how hard it was for her to push her whole weight up six feet high. She finally stood on the ledge of the balcony and flung her long legs over the top, one after the other. Phew she had made it. She checked her wristwatch for the time.
3:21 am.
She quickly turned the knob on the door, but to her surprise, it was locked as well. She groaned loudly and then hurriedly shot her hands up to her mouth, remembering her current position. Sneaking in, right. She reminded herself.
She had no other solution but to softly bang on the fake glass door. She had to get inside. Her banging was to no avail so she resorted into knocking as loudly as she could. It worked. Her younger sister, Selena, walked towards the door whilst rubbing her eyes with gently clenched fists. Within a split second, the door was unlocked and Lexie was safely surrounded by the four walls of her room.

“Where are you coming from?” her sister asked her, staring suspiciously at Lexie’s gorgeous dress and sneakers. “It’s late.”

“Don’t worry about it,” she replied in a whisper. She glanced over at her other sister who was soundly asleep on the bottom bunk of Selena’s bed. “Just go back to bed, Selly.”
Selena climbed up to her top bunk without saying another word.
Lexie pushed the button in the middle of the door knob so that the door was locked once again. She quietly undressed and climbed into her bed on the other side of the room. Selena watched as her sister pulled the covers up to her chin and turned unto her side, facing her. “Go to bed now, Selly.” She yawned.

“Where ever you went,” Selena answered.
Lexie hesistated. “It was…great.” With that said she drifted off into slumber.


Sam Wolfe waved goodbye to his last guest and closed the front door. He looked at all the plastic cups, pudding cups, drink bottles and paper plates that littered his living room and groaned.

“Oh, I hope you know that I’m not helping you with that.” His older brother, Pete, commented—referring to the after party mess.

“You mean later, it’s four in the morning. Oh and mom and dad land at twelve.”
Drats. Sam hadn’t thought about the aftermath of throwing the party of the year. He hadn’t thought about anything but getting to finally dance with the girl of his dreams—Lexie Jordan. That was the only reason why he kept the party. Of course it wasn’t until after he announced it that it suddenly came to him that the idea was stupid. He should’ve just asked her out. But Lexie wasn’t allowed to date. Point for Sam.

“You think so?” Sam replied rhetorically.

“Yeah sure. But don’t worry loser, I promise I won’t steal your girl this time.”
They bursted out into laughter, remembering that time they were both crushing on the same girl.

“Hey, she didn’t say she liked you more.” Sam corrected defensively.
Pete grinned. “But all arrows were pointing to me, little brother.”
Sam playfully hit his brother in the back and headed for the stairs. “Too bad Lexie’s way too young for you to steal.”

“As if I would.” Pete answered. “I’m totally happy with my girlfriend, thank you very much.”
Sam chuckled. “Good Night, for Heaven’s sake, Pete.”
“Night…” 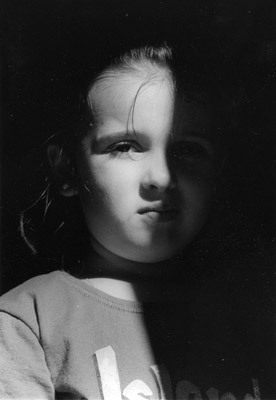 View profile
Aww thank you soo much! Really appreciate it. Unfortunately it wasn't about someone I knew lol ...everything comes from my mind although all my characters always display a lil part of my own personality. Thanks again. :)
kate12345me GOLD said...
on Jun. 26 2012 at 11:27 pm
kate12345me GOLD, Sydney, Other
11 articles 0 photos 69 comments

View profile
Shucks, haha this is super cute! I love how Lexie is so adventurous, and Sam sounds smitten! Keep it up, I wanted to read more of this. It didn't sound like you'd 'just written it for fun' - more like it was about someone you knew...anyway! Great work, loved it!