Eliza glanced over at her assigned reading partner. She had asked the teacher what “assi—guh—guh—ned?” meant, and the teacher had replied patiently. Eliza was left with burning cheeks and a feeling of being very, very dumb.

Now her partner leaned over. Gail was his name, she remembered. “I didn’t know how to say it either,” he confessed. “If you hadn’t asked, I woulda.”

She smiled, grateful, then turned back to her book. Juny B. Jones. What a dumb name. She didn’t say that, though. What if Gail liked Juny B. Jones?

“Who has a name like Juny? I have NEVER met a girl with the name Juny.” Eliza clasped her mouth shut to hide her delight. She finally had a good assiguhned reading partner. Oh, wait—it was assigned. Assigned, assigned, assigned…

“Me either.” It slipped out. But she was glad it did, when Gail flashed a grin at her. It was so wide it didn’t look like it should fit on his thin face.

They both turned back to huddle over the copy, and after a minute or so of reading, Gail made a small sound of contempt in the back of his throat. His lips were pursed as he read the end of the page.

“What is it?” she asked. Eliza hated being left out of the loop.

“Well, it’s always “she cried” or “she gasped”. But what about those times when you sort of cry and gasp? What do you call that?”

Eliza considered the question long and hard, then answered, entirely serious. “I think it would be a crasp.”

Gail tilted his head. “You know that could work. But you could always mash ‘em the other way, and then you’d get—”

“It’s a crasp,” she said firmly. She was only nine, but she knew where that was going. “And it would be a gary, anyway.”

Eliza placed her hand over his mouth before the naughty work could slip out. At this age, boys didn’t have cooties but touching them meant nothing. “Just stick with the crasp, OK?”

His brown eyes twinkled behind thick lenses. “OK. It’s a crasp.” After a second, he added, “Not that either of us will be crasping for a while.”

“And why is that?” After all, what was the point of inventing the crasp if they wouldn’t be using it?

Gail shrugged nonchalantly. “It’s just, most people crasp when someone just broke up with them. We’re only nine.”

Eliza giggled. “I guess you’re right. We won’t be crasping for a long, long time.”


She rocked back and forth on her heels, the cool air rustling past, caressing her cheeks gently. Eliza didn’t want to close her eyes, though, for fear she’d miss the bus. How she could miss all that screeching she wasn’t sure of, but she supposed it was possible.

Sure enough, here groaned the bus, as late as usual. Eliza hopped up the stairs and made her way down the aisle, intending to settle for an empty seat, or one by Alicia, if she was on. Instead she halted at the fourth to last row, startled. Sitting there, gazing at her pleasantly, was Gail.

Noticing the bus driver glaring at her, Eliza quickly slid into the seat, poking him on the shoulder. “Since when are you on my bus?” she asked rudely.

“Umm…since the beginning of the school year, a month ago.”

“Oh.” For the second time in two days, she got the sense that she was very, very stupid. “I can’t believe I didn’t notice you before.”

Gail didn’t seem particularly upset. “I guess I’m easy to miss if you don’t look for me. ‘Cause I’m so small, see?” He gestured at his short, thin body, and Eliza couldn’t help but agree. Though she didn’t say it aloud, because she was even smaller.

“Well, I guess it’s nice,” she said slowly. “I mean you’re the only other person who knows about the crasp. Right?” she added, afraid that he may have shared it with his family, or a friend…

“Right. The crasp belongs to us and us alone,” Gail assured, tone satisfied.

“I never had something that was just for me and someone else,” Eliza remarked sleepily, leaning her head back on the seat, golden hair mingling with his dark brown. It had been an early morning.

“Me either. So now we both do. Have something.”

She couldn’t refrain a small yawn, but she cast Gail and apologetic look to show that it wasn’t because of him. “That’s nice.”

He nodded, head bumping against the seat. “Ya ready to read some more Juny and crasps today?”

Eliza skipped along the strange new hallways, backpack swinging up and down, hair flying. But she didn’t care. Skipping was fun, and it was even more fun when someone was skipping with you.

Beside her was Gail, and he also didn’t care if his already messy dark hair was springing every which way, or if his glasses were tilted off skew. His wide, careless grin was mirrored on her face. Well, almost. She’d never quite been able to smile like him.

They skidded to a stop by their lockers. When the two had found out they had lockers next to each other, his mom had had to plug her ears. “Could you two please stop squealing like little piglets?” she’d exclaimed. “I thought I raised you better than that.” She always spoke like that, as if Eliza were her own child. She may as well have been.

Eliza twiddled with the lock excitedly. To not have every kid in the class messing around with her stuff every moment…

“I can’t believe we have lockers!” As usual, Gail’s thoughts seemed to work on the same level as hers. He rarely surprised her.

This began a series of replies, each in different tones, face scrunched.

“Oh, would you shut up?” a familiar voice cut in. Eliza spun around to face her closest girl friend, Carrie Ann. “Honestly, whenever I leave you alone with him you start acting as if you were five!” The two hung their heads in response to Carrie Ann’s motherly tone. “Now c’mon—“ her sharp fingers nails dug into Eliza’s arm. “We’re going to class.”

As Carrie Ann towed her away, Eliza turned around to mouth “Talk to you later”. Gail nodded, and began to walk in the opposite direction.

“You know,” Carrie Ann began as they walked briskly down the hall—no more care free skipping— “I don’t know why you bother with him. He’s such a freak, and he makes you look like a freak. No offense, Eli.” Eliza glanced at her nails. For someone who said she acted like a child, Carrie Ann had very little tact.

If Gail were with her, and she wasn’t talking to one of her closest friends, she would have spoken the truth. She would have announced, “I hate when people say no offense, because they always say something very offensive.” But as it was, she kept her mouth shut.

“And there you go, quiet as usual,” she sighed. All of her friends thought of her as quiet. When she did talk, she was usually considered kind, or amusing. That was what they said, anyway. She didn’t think so. She used all her words, kind, amusing, rude, opinionated, on the one person who would actually listen.

Sixth grade was new for both of them. For once, they wouldn’t be in all the same classes together. Wouldn’t be reading partners able to huddle together and giggle over the strange word only they knew. Sure, their lockers were right next to one another, and they still lived down the street from one another, but still…things would change. 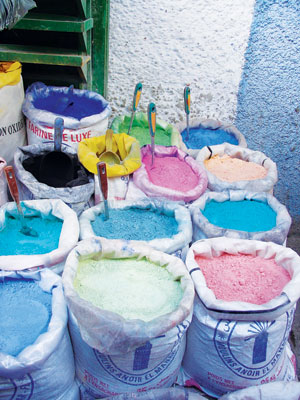 The author's comments:
Yet again, this just sort of popped into my head and out my keyboard. Bad imagery, I know. This is not the finished first chapter, by the way.
Post a comment
Submit your own

View profile
Thanks! I haven't even finished the first chapter yet, this is as far as it's gotten.  But there are some less innocent things later in the book, unfortunately.
Just.A.Dream SILVER said...
on Oct. 9 2010 at 8:34 pm
Just.A.Dream SILVER, Lake Geneva, Wisconsin
7 articles 0 photos 430 comments

View profile
I loved this story! I think it's one of my favorites written by you so far! It's like innocent friendship. :)