Why Does Loving You Hurt? | Teen Ink

Why Does Loving You Hurt?

I told you something I have never told anyone else. God, I regret that now. You act like it’s nothing; I may as well have told you I was thinking about dying my hair blonde. You thought it was a joke, laughed it off and changed the subject, whereas my heart was pounding, my stomach churning. Of all the ways I had thought it out, I never thought you’d be so… dismissive. You should have at least acknowledged it, said that you didn’t, don’t, feel the same way. You said nothing.

Now, life goes on like nothing ever happened. We’re still friends in the eyes of everyone else but why doesn’t it feel the same as it used to? I used to feel so comfortable around you, we had talks about meaningless stuff but it meant something to me and when I fell and you asked me if I was okay, I knew I wasn’t lying when I said yes. Now I am. I’m not okay; I’m hurting inside, because of you. I’ve cried over you so much I’m not sure I have any tears left but I know I’ll keep crying. I keep telling myself you’re not worth getting so worked up over, but then I see you and I know you are. You’re worth it all. I just wish things had worked out differently and I’d not said anything. I’d rather still be wondering what would happen if I told you, than know exactly how you feel because every second with you is torture now, and it shouldn’t be if it wasn’t before.

My friends, they don’t know how much it hurts; they think I’ve told them everything but I haven’t. How can I explain how much I love you? That’s right, I love you. This isn’t like when we were younger and it really was just one big joke, a different crush every week, I love you for real. I’ve never felt this way before; I’ve never loved someone enough to tell them the truth, I usually keep it to myself and hope it fades because I know it’s never going to happen. With you I had hope, hope that faded the minute I opened my mouth.

I saw you today.

Why does loving you hurt? 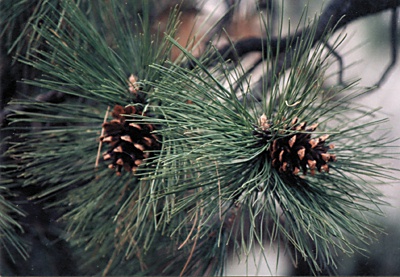 The author's comments:
This is the truth. This is how I feel. I'm worried I've spoilt a friendsip that meant a lot to me, and still does. It doesn't look like there is anything wrong, we still talk, hang out and act the same but it doesn't feel the same anymore. It feels fake. I'm scared I've wrecked it for me and I feel selfish for doing that to him.
Post a comment
Submit your own

Favorite Quote:
you are who you are?

Just Keep up the positive thnking, and do your best. I'm sure your a very lovable person. xD Don't say this is a problem either. Its a challenge. And challenge's are always meant to be succeded...!

View profile
Thank you for the encouragement :) I think I'll need that luck, fingers crossed :/ Hope it all works out a-ok for you too
its_just_me PLATINUM said...
on Sep. 12 2010 at 11:51 am
its_just_me PLATINUM, Greensburg, Pennsylvania
36 articles 0 photos 82 comments

View profile
I know exactly how this feels. I've been going through this for a few months now. It's amazing how you could put this into words, because I am still not able to. I hope everything works out for you! Good work, and keep writing:)
Sixteen PLATINUM said...
on Sep. 12 2010 at 7:51 am
Sixteen PLATINUM, Jaipur, Other
20 articles 0 photos 73 comments

Favorite Quote:
Its not denial. I'm just very selective about the reality I accept. - Calvin

this was really really good,

you are a really good writer, your words just flowed on the page.

I really like this. :) And you havent wrecked it, I'm sure. Every love story has twists and turns, and this is just one of your twists, in the end it will all come down to what it is supposed to be. :) good work.