Lena rushed top the window and yanked the curtain aside.
”Is he here yet?” I asked anxiously.
“Nope. And good thing, too. You’re nowhere near ready!”
I groaned. Lena had insisted on stuffing me into a pink gown, even though she knew full well I couldn’t stand the color. Then she had sat me down and done my hair and makeup, slathering God knows what all over my face. Now she came over to where I was sitting at my desk, brandishing tubes of mascara and lip gloss and blush. I threw my hands out in front of me.
“Lena! Stop!” She huffed, glaring at me.
“Annabel, if you want Derrick to even dance with you tonight, you WILL let me finish you.”
I blushed at the sound of his name. Derrick Hasting, the lacrosse star. He was a junior, but he had asked me- me! to the junior prom. This was like a cheesy teen movie- but real.
“Come on, come on! It’s six-thirty! Didn’t Derrick say he was coming at a quarter till?” Lena shrieked.
I gingerly stood up, being careful not to tear anything. This dress seemed to be made out of nothing but wisps of air and chiffon. Lena hustled me down the stairs, where she shouted for my parents to get the camera. I stood on the stairs and held my cheeks in a smile, counting down the minutes until Derrick would come for me in my head. Lena and I waited in the kitchen, ready to jump up and rush to get the door at a moments notice. Lena was grinning nonstop from ear to ear, chattering on about how she was so jealous, how she never thought this would happen to me, how this was like a movie. Thirty minutes later, I was sitting on the bench in the entryway with Lena, which was probably a bad choice because she kept picking up her phone to check the time every two minutes.
“Lena! It was seven fifteen the last time you checked, so now, logically, it’s seven freaking seventeen! Seven seventeen!” My breath halted in my throat and I choked.
“S-seven sev-seventeen.” I turned my face to the wall so Lena wouldn’t see me cry.
“Annabel! No! You’ll smudge your mascara!” Lena begged. I pressed my face into her shoulder and sobbed until a thought struck me. Why was I crying, when I could do something? I stood suddenly and looked at Lena.
“What do you say we do something about this?”
She stared.
“What exactly do you have in mind?”
I laughed mirthlessly. “What don’t I have in mind might be a better question.” 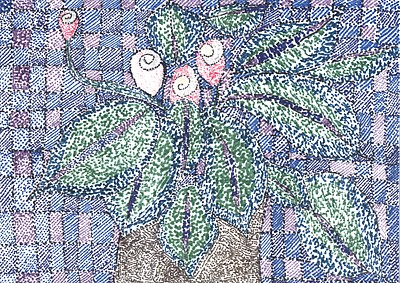 The author's comments:
I know this is pretty cliche, but i wondered what being stood up felt like. This probably isn't very close :)
Post a comment
Submit your own

I don't think this is cliche at all.  I loved this!  Yes, the beginning oh-my-gosh-I-need-to-get-ready part was very common, but I loved what you did with the ending! superb!  Great emotion adn great suspence, but the best part is definately the best.  Makes me think of al the things I'll do to the guy if I ever get stood up... he he he =):