Favorite Quote:
"Look, if you had one shot, or one opportunity
To seize everything you ever wanted-One moment
Would you capture it or just let it slip?"

BUZZ. The clock of my oven went off. The smell of brownies filled the air around me as I took them out of the oven. They smelt so good I wanted to gobble them all down at once. I set the burning pan down on the stove top and I check to see if they were good, perfect. Suddenly I heard a thud come from my room down the hall. I slowly crept down the chilled hallway wit little to dim light. Another thud came out. I opened my door to my room and it was all dark. I silently reached for my pocket knife I keep next to my bed on a table for safety. Then I heard rustling coming from inside my closet. I slowly slid the blade out of my knife and crept to my closet door.. My chest was pounding and my palms were all sweaty because I was kind of scared of what was going on. I suddenly caught the sweet scent of cookies and axe. When I reached for the closet door it suddenly started to move open. Out falls clumsily a man about 6’5”, brownish golden hair, hazel eyes and he was wearing Axe and he kind of smelled like cookies. I screamed with excitement.

“Brandon!” I yelled and I leaped into his arms. I haven’t seen him in awhile. So I gave him a big hug.

“lets go to the kitchen I have a surprise for you.” he whispered into my ear. Then I let him go and fallowed him to the kitchen. Then there stood another man about the same height but this time he had dirty blond hair, greenish blue eyes, and he smelled like bod. I jus stared at him. He had his hands behind his back. Then he swooped his hands around and in his hands there were a bundle of flowers of all colors. Some were gleaming white, stunning red, dazzling blue, and every other color that you can think of besides brown and black. My mouth just dropped. I ran to him with open arms and hugged him real tight. I didn’t think I would ever see him again because he was in the army. I was wrong I get to see him alive again! I lifted my wet face because of all my tears I was crying because of being so happy. He bent down and kissed me so soft and light I almost thought it was like when we first kissed my stomach got those butterflies and they wouldn’t go away for a while. The first time we meet I was at a party alone and standing on the side. He waltzes over to me and asked me to dance. It was as if it was yesterday.

“I missed you so much baby!” he whispered softly in my ear

“I missed you too, so much!’ I cried. Then I put my head into his chest and we stood there for a while cuddling with each other. His touch was so foreign to me now because he was gone for so long. He smelled so good I kept sniffing him. I eased on my grip and we let go. I kissed him again. His soft lips touches mine feels so perfect to me and I could care less if the world ended right now with him. “I love you.” I choked out. My heart slowed down a bit. “I love you too” he cracked out.

Then next morning I awoke to movement in my kitchen. I got up slowly because I didn’t know who it was. Blake, my boyfriend was laying next to me sleeping. I grabbed knife again and brought the blade out once again. I silently stepped down the hall way towards the kitchen. The movement stopped right away. I started to sweat again. Then I heard movement coming from the stairs to the basement behind me. Then there stood a man in a ski mask and gloves. Then he reached for me. I screamed out loud and then I ran into the kitchen which was a bad idea because there was another same thing, a man in a ski mask and wearing gloves. He of which grabbed me. He knocked the knife out of my hand and threw it in the trash. The other man got the duct tape and tried to tape my mouth but I wouldn’t let him. I kept yelling. Finally Blake heard me. He came running out with his gun and pointed it at the two men.

“Let her go!” Blake yelled with furry. The two men let me go and I went running to Blake. The men had a look on their face as if they had another thing planed. Then I heard a quiet step of another man behind us. I didn’t look back because I was afraid to look. Suddenly, the person I thought was behind us was really there and hit Blake on the head and he fell to the floor. I shrieked and I backed up to the wall. I panicked and I didn’t know what to do. The men got closer to me and they were reaching for me. I ducked under neither there arms.. I grabbed the gun Blake had and pointed it at them. Suddenly the newest guy that showed up pulled out a gun to. He pointed it back at me. I heard Blake move a bit as if he was awake. I backed up a little closer to him. I kept the gun the man as he got closer to me. “Drop the gun lady.” the man said. I didn’t listen then I couldn’t back up any more because Blake was there. The man got closer to me within reaching distance. He put his hand on Blake’s gun and lowered it in my hands. “im not going to hurt you.” the man assured. The man put his hand on my face, then suddenly Blake got up and pounced on the man closest to me. He took the gun from the man and threw it. One of the other guys picked up the gun and pointed it at Blake and their ally. A shot rang out of the gun. Then the tussling stopped. My hands started shaking and I couldn’t breathe. I saw blood showing from Blake. The other man threw Blake of him. I ran over to my boyfriend. I started to cry.

“Blake! Blake! NO! NO!” I cried. He looked at me, eyes were all teary. He looked all drowsy. All of a sudden I heard sirens coming from the dead streets outside. The neighbors must of heard the yelling a the shot that rang from the enemies. The sirens rushed over and the masked men panicked and didn’t know what to do. The screeching from the tires of the police cars echoed into the room and the loud burst of the megaphone they used to get the men out rang through my ears. “AWEE HELL we got caught.” the men sighed and threw their buff arms in the arm and walked out towards the door and the police barged in and arrested them. The paramedics came rushing in and put a breathing mask on Blake. They also brought in a stretcher and took him away. I hurried after them and I drove with them to the hospital. I was really frightened and I couldn’t think straight knowing the love of my life is in danger of dying. The nurses told me I had to wait in the waiting room. I waited the for 3 anxious hours waiting for news about Blake, finally it came. A man in a teal color outfit walked out to me. “Good news, he’s going to be ok. He just wont remember much from the incident.” the doctor explained “Hes ready to see you now. Come with me”. finally I get to see my Blake. When we got to his room I started to cry. I ran over to his bed. I leaned over and hugged him and kissed him. “I LOVE YOU SO MUCH BLAKE!” I cried in his chest. “I love you too” he tried to say. The best four words I could ever hear from him. 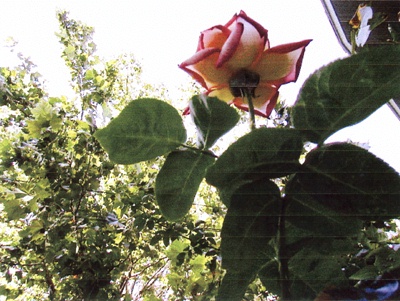