Two red lines. Two freakin red lines. It's positive. I’m pregnant. I instantly burst into tears. This has been my dream for so long. I can’t believe it. We’ve been trying for years and now we’re finally pregnant. I’m so excited and a little anxious. I walk over to the mirror in our bathroom and pull my shirt underneath the line of my bra. And I just stand there and stare. I meet my hazel eyes in the mirror and admire my body. My long dark chestnut colored hair grazes the middle of my back, but I mostly focus on my stomach. I’ve always been on the petite/smaller size. Me and Lo always joke about my height, and how he towers over me. Lo. How am I going to tell him? Tuesday night is our 3rd anniversary. I think I’ll tell him then. He will be so excited.

The night before I package the three positive pregnancy tests I took and hide it in my underwear drawer. Eeek. I can’t wait for tomorrow.

I wake to light kisses peppering my face. I giggle in excitement.

“This day 3 years ago I married the love of my life and I can’t believe I got so lucky.”

“And to add on to that, on this day 3 years ago I married the most intolerably beautifully perfect man.”

I try running away from him and out the room, but he catches me easily and drops me on the bed.

Ever since I was young I had always loved Lo. But he was my brothers best friend.  And he was four years older. We didn’t get  together until I was in my second year of college. He had just graduated a year ago and we were both at a party for a mutual friend. We got to talking and reminiscing about the past and then three days later we went on our first date.

“I have a special present for you,” I say.

“Mmm you do,” he says as he nuzzles into the crook of my neck.

I give him a chaste kiss and grab the gift from my drawer. Once I reach the bed, I hand it over to him. And sit next to him.

He starts unwrapping the paper and opens the small box. When I wrapped the box I didn’t put anything around the tests so he could clearly see them. When he sees them he quickly looks up to me in confusion. Then it sets in.

“Yeah I took a test yesterday and then took three more just to make sure.”

He instantly pulls me onto his lap and cradles my nonexistent bump.

“Hey there little guy, I’m your dad. And I’m so excited to meet you.”

For those few moments I felt pure bliss. I never thought I could be happier and that nothing could ruin this moment. I was so very wrong.

The week after our anniversary me and Lo went to my gynecologist appointment. I’m so excited but nervous to see if the baby is healthy and ok.

Once we check in, they lead us to a room and tell me to take off my clothes and put on one of the hospital gowns.

“Whoa, who knew a woman’s female parts could be so complicated,” Lo says while staring at a diagram of a female reproductive system.

“Stop messing around and sit down.”

“Baby, I’m just trying to learn more about your parts, you know, to get an edge over all those other first time dads.”

“Ok, well now that you’ve studied and analyzed the diagram you can start to help me pick some future names for the baby.”

“Ok what about Scarlett for a girl?”

“What about Tuesday for a girl.”

“Ok well, what names do you have in mind?”

“What if we named the baby after my dad, John?”

“Alright, good. Well let's take a look at your baby.”

I pull my gown up and I drape the sheet over my lower half. Dr. Jameson puts the gel on my lower stomach and starts doing circling motions to find the baby.

She points to a little dot on the screen. And turns the screen towards us so we can see the baby better. I can’t  believe that I’m making a human being right now.

When we leave that doctor's appointment we leave with excitement and sonogram pictures of our little bean.

Lo started to call the baby,  bean. I love that nickname.

Our next appointment is in 4 weeks, and Dr. Jameson told us that right now the baby is about eight weeks old.

Over the next four weeks me and Lo started to get ready the nursery and we also started to slowly tell family and friends.  They were ecstatic for us.

We also picked a boy and girl name.

Atlas for a boy, and Reese for a girl. It's perfect. Everything is perfect. Until it wasn’t.

Today is the day of our appointment. Everything goes well and we can finally hear the baby’s heartbeat. It's one of the most beautiful sounds I’ve ever heard.

Later that night me and Lo ate our favourite take out dinner. Italian food from Chiara’s. We watched a rerun episode of Friends and Lo bought me my favorite ice cream.We went to sleep like normal and everything was fine.

I feel someone trying to shake me awake. I don’t want to wake up, I’ve been having the best dream. I dreamed of my baby, and it was a girl. She had my eyes but everything else was all Lo. God she was beautiful. We don’t know the baby’s gender yet but I have a feeling it's a girl.

I groggily awaken and see Lo hovering over me and his face is creased with worry.

I feel flustered and disoriented. I don’t know what's going on.

“Yeah I’m gonna take you to the hospital.”

I look down at my body and see a lot of blood. And anxiety instantly starts to set in. What if it's the baby?

“Av I don’t know but we need to get to the hospital, ok.”

I nod, and I try to stand up but almost fall over. I didn’t realize how much pain I was in until I tried to stand up. It feels like I have really bad period cramps, but a thousand times worse than normal.

I moan in pain when Lo gingerly picks me up.

He carefully brings me down to the car and gently sets me down in my seat. He gives me a towel and tells me to keep it over the lower half of my body.

When we arrived at the hospital they tell us to park in the emergency area.

Nurses rush over to our car and open my side of the door.

“My wife is bleeding a lot and I don’t know what's going on, but she’s pregnant.”

“Ok thank you sir, we're going to take her back.”

They put me on a gurney and start hooking up random things to me. I look over to Lo and he gives me a look that says “I’m right there with you.”

They carted me away and into the hospital. I don’t know where they take Lo.

“Is it the baby?” I asked one of the nurses.

They attached an IV into my arm and they put something in it that makes me feel sleepy. My eyes start fluttering closed and I pick up my dream right where I left off.

Hours later I sit in a simple white room. She’s gone. I feel so very empty.

The doctors said that there was nothing that could have been done. I don’t understand why, she was fine yesterday. We heard her heartbeat. We saw her.

They let me see her for a second. She was so small. I cried while holding her. They asked me what her name was and I said Reese. My little Reese.

Lo got to come in and hold her too. I’ve never seen him cry as hard as he did in that moment.

The next morning we got to go home. I went straight to the nursery.

We had set up the crib and picked a neutral color for the room. Even though we didn’t know the gender, me and Lo had been buying little toys and clothes for our future child.

I want to get rid of all of it. I grab one of the toys and hurl it against the wall. I keep grabbing more and more stuff and do the same thing.

When Lo walks in he drops to his knees so that he’s level with me. We both sit there in silence for a minute, and then I break into a choked sob while clutching my stomach.

“There something’s wrong with me, I can’t even keep my own baby alive.”

Right after he says that I hurl myself at him. And I don’t let go, Lo just lets me hold onto him. In more ways than one.

I’m scared. After our miscarriage me and Lo stopped trying for awhile.

We’re about 4 months along now. And its twins.

I’ve been going to my doctor every two weeks just to make sure they’re ok. It really worries me that something could still go wrong, but Lo keeps reassuring me that I’ve made it this far so they should be fine.

I’m never going to forget our little Reese, but I won’t let her death deter my excitement for her siblings to join this world.

Sometimes I dream of her and what she would look like now. And I always imagine her as the baby in that dream all those years ago. 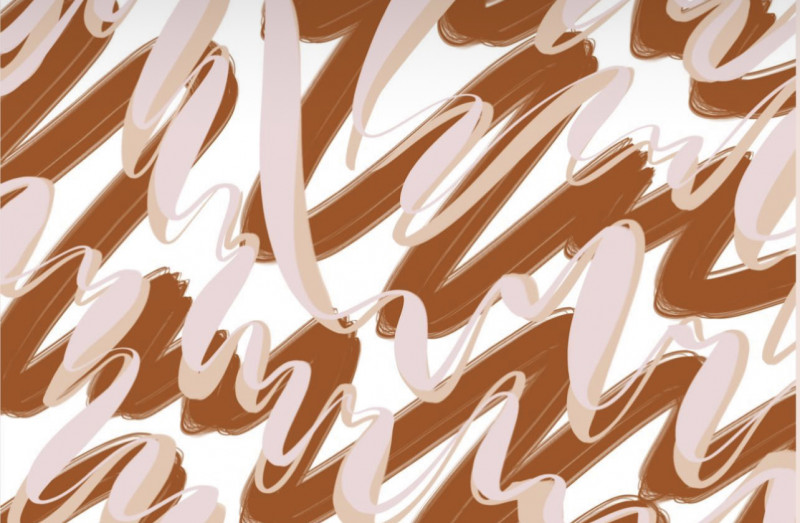