I’m not going to name names but do you remember when you grabbed my hand and said “let’s go”. So we went. We grabbed what we could and left. Two backpacks, a duffel bag and the cat.

She sat on your broad shoulders most of the time which always made me smile.

We picked up jobs along the way even though you were rich and we could’ve easily afforded any of the most expensive hotels, but instead, we stayed in cheap motels. We lived off of sub sandwiches, slushies, and junk food from gas stations. We would wear the same clothes for a week before finally changing and going to a laundromat.

It was the time of my life. We made it to the beach and just sat there watching the sun set over the waves. Just the two of us- well and the cat of course.

But then you decided to jump off of that stupid stupid rock and it was all over. You looked so gone- your once bright eyes and smile that filled my chest with a warm tingly feeling was just- gone. As if it were meant to happen the skies turned grey and rain started to pour down against us. I really could have cared less that my hair was in my mouth from the rain and my tears and that my clothes were getting soaked through. I could have cared less that by the time they found us my lips were blue and I was sobbing uncontrollably.

I watched them pull your cold body away from me and into the ambulance before rushing you to the small hospital that didn’t even have ten rooms.

Everything after they took you from me was a blur- I remember a woman asking me questions as someone wrapped me in a weird-smelling blanket. Then I blacked out and I just remember sitting on a hospital bed while a nurse tried to calm me down since I was practically hyperventilating.

After what must’ve been twenty minutes she came back and got me. She carefully stood me up and helped me to your room, telling me that it wasn’t good. I thought maybe you’d been paralyzed- as sad as that thought was I could’ve lived with it. I would’ve pushed you around in a wheelchair and taken care of you for the rest of your life if that’s what it would’ve taken but no.

I remember walking in and you were awake, looking a little shaken up but moving fine.

You seemed alright so I sat down. When you flinched away from my touch it confused me and when you asked who I was I couldn’t breathe. It was like the air got sucked out of my lungs with a vacuum or something so I left. I just stood up and left.

I walked right out the hospital doors and got on the bus. I had no clue where I was going but I went. I went with nothing and no one- not even the cat. She was the only one you remembered.

I don’t know if you’ll get this. Or if you’ll even understand any of it if you do. But if you do remember, meet me there. Meet me on the beach at sunset.

It was sunset. I had sat there almost every day since I sent the letter. Rain or shine I sat just staring out at the water. It had been two years since it happened. Since I lost him. I pulled my hood over my head as a drop of water fell onto the tip of my nose.

I didn’t even put an address on the letter, just told the lady to find him and put the address on there. It had been almost two months since I sent the letter and still, he hadn’t come. It was cliche that I still loved him- we were teenagers. We didn’t know what real love was yet somehow we found it and it was the realest thing I’ve ever felt.

Tugging my jacket tighter around myself, I pulled my knees up to my chest and just laid my forehead on them. My eyes and nose started to sting and a tight feeling formed in my chest and throat but then- there was a voice over the rain and waves.

It was familiar. It sounded like home- like a home I never thought I’d return to. I lifted my head and turned to look behind me.

His eyes were the same. Deep brown and his hair was curling since it was wet. It was longer than before and his jaw seemed sharper though that could’ve just been my eyes messing with me. He was taller too.

“Nat? Uhm- N-Natalia?” He called out, his voice sounding a bit hesitant as his eyes locked with mine. I quickly scrambled up to my feet, slipping a bit in the wet sand. He knew my name. He knew my name that I didn’t put anywhere on the letter. He knew me. He really remembered.

I let out a small sob and quickly covered my mouth before running over and jumping into his arms. Within seconds I felt his arms wrap around me. He was stronger too- I could tell since he picked me up with ease. He buried his face into the crook of my neck and let out a shaky laugh through tears.

“You came- y-you’re here,” I whispered while gripping onto his shirt tightly.

“Of course I did. I couldn’t just not find my forever girl.” He whispered with a small chuckle, “I tried to find you but clearly had no luck.”

“Clearly neither of us did.” I said and held onto him impossibly tighter, “You remembered though- the last time I saw you, you-” He cut me off by setting me down and pressing his index finger to my lips.

“It’s me now which is all that matters right?” He said with that same warm smile. I gave a quick nod and smiled more as a few more tears poured down my cheeks.

“Can we go inside o-or something? It’s kind of raining-” I laughed while pulling his finger away.

“Yes- please let’s do that.” He said and reached down, grabbing my hands, “Lead the way.”

I gave another quick nod and squeezed his hands before starting to pull him off the beach. It was a familiar feeling. A much welcome one that I missed dearly. And it was as if everything was okay again. All my fears and pain were just washed away with the waves. 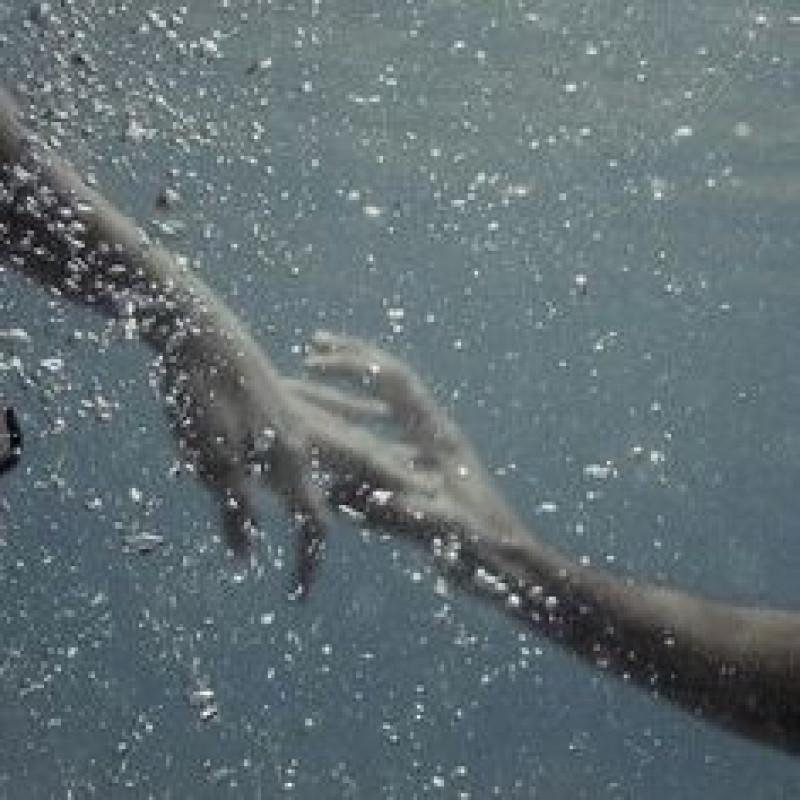 Hi, quite honestly I have zero clue what to put here. I've been writing for a few years now and people have encouraged me to submit pieces to something like this for forever and I figured why not do it now- give it a shot and see how it does.

This piece is loosely based on something me and an anonymous friend plotted out together a while back. I would happily give them credit but they didn't want to be mentioned by name though quite honestly a lot of the original plot was their idea.

I hold this piece close to me because it reminds me of them so yeah- I hope you enjoy :)

Also, yes they gave me permission to post this.