Waiting rooms have always made me uneasy. Whether it be at the hospital, doctor, therapist, or otherwise. Sitting in the small space with nothing but the sound of the receptionists clicking key-caps and the small television playing the same car commercial on repeat just doesn’t sit right with me. One time I was sitting in my doctor’s waiting room, and for once it was completely empty, besides the few middle-aged ladies answering the phone every few minutes. Being alone silenced the ideas of whether or not I was being watched by the rest of the occupants but it still didn’t make me feel at ease. I leaned back and laid my head on the wall behind me. My appointment time wasn’t until much later and the fluorescent lighting was giving me a major migraine. The door opened and I heard the slight ringing of the chimes situated above the door frame. Too tired to turn my head properly, I just glanced at the man in my peripheral vision.

The new man in the waiting room could not have been older than 28. He was carrying what seemed to be a miniature duffel bag on his shoulder and he looked to be due for a shave. However, what caught my attention was the look in his eyes, or rather the color of them. For some reason I felt like I was in a fantasy novel when I looked at them. The shade itself was not unnatural, but they’d seem to glow. At first I thought it was simply the effects of the cheap lighting but it wasn’t dulling down at all. Remember when Edward first revealed to Bella that he was a vampire? This situation was giving me the same feelings I had at this moment. Looking into his eyes made me realize why people say the eyes are a window to the soul. The longer I looked into his eyes, the more I pictured myself spending my life looking into them.

Imagining us dancing together under the stars laughing at everything and anything. Our wedding, our Christmas wedding where we couldn’t decide between white roses or white tulips but he ended up caving into me anyways. Our first child, which is obviously a boy, who shared his gorgeous green eyes and toothy smile. The Thanksgiving moment was my personal favorite. Every year he would try to bake the turkey and end up burning it and ordering us Chinese instead. Sitting there on the couch, hunched over takeout boxes of chow-mein laughing at the disaster that had become our kitchen. Don’t get me wrong this definitely wasn’t love at first sight. More like “maybe?” at first sight.

After I had come to my senses and realized I had been staring at this man for longer than what has been deemed socially appropriate, I directed my gaze back at the wall in front of me, hoping he wasn't offset by my intense staring. He too looked away from me towards the floor as he took his seat across the room from where I was seated. Swallowing the objections of my social anxiety, I got up to take the seat next to him in hopes to start a conversation,  but I had apparently taken so much time ogling the poor man that It was time for my appointment. My doctor called out my name, gesturing for me to follow. I stood and walked towards the pale blue door that led to the rest of the examining rooms, attempting to take one last look at the male, hoping he’d take the hint. Imagine my surprise when there was no one else there.

No vibrant eyes nor copycat duffel bag. My Twilight theory was starting to make much more sense than I had originally thought. After checking once more to make sure he hadn’t simply moved seats as I walked towards the door, I decided I had probably just imagined him. It has been a rather long time since I had dated someone, longer than I’d like to admit. Following the nurse as she led me to my assigned room, I tried shaking the weird thoughts from my head. I sat down on the cot, listening to the crinkling sound of the thin paper as I adjusted my position. It didn’t take long before the doctor arrived, which was unusual just like the rest of the things I had experienced today. He opened the door, back turned to me, reading some paperwork on a clipboard. He finally turned around and I tried my best to not scream in the very inappropriate place I was in.

Maybe I was overdue for a check-up because either I was going mental or this man was the spitting image of the one I had assumed I had made up in the waiting room, minus the duffel bag. However he did have nice dark blue scrubs and an expensive-looking watch. While debating whether or not I was insane or if I could tell the future, I simply nodded and answered all the doctor’s questions about my medical history. I got my few vaccinations, grabbed my paperwork, and basically sprinted out the place. I was probably very rude but I’d prefer to be rude than psycho.

As I got in the car I noticed something scribbled in black ink on the corner of my medication certification. It read “I don’t normally date patients, but something's telling me to try this. Dinner? XXX-XXX-XXXX”. Is it just me or is fate funny in a very twisted way? I texted back almost immediately. “Why not. As long as it’s not turkey.” 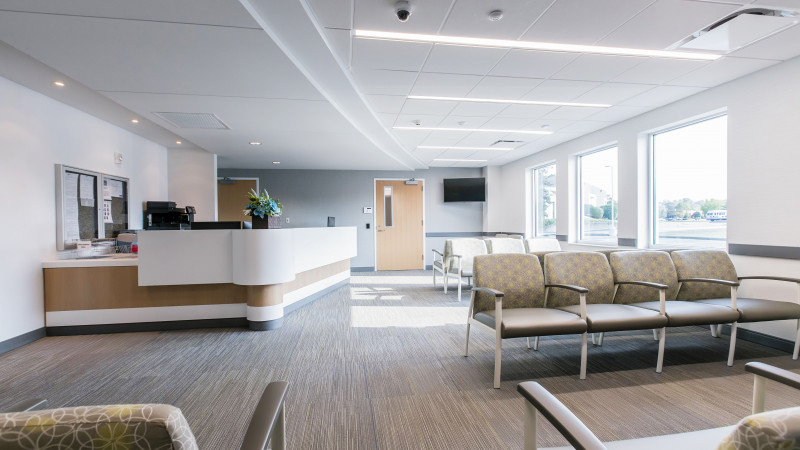 This is one of the first stories I've ever written. It's pretty juvenile, but it reminds me of how far my imagination reaches.