The Night of the Snowfall | Teen Ink

The Night of the Snowfall

She never knew that snow could be so beautiful until she saw it on top of the mountain underneath a moonlit sky. There she was with a warm cup of hot chocolate in her hand sitting next to him. She would sit there and talk to him and he would listen, then he would talk to her and she would listen too. Then a moment of silence would pass; one time, maybe two and in those moments of silence she would imagine the future with and without him. Sometimes she would look his way when he wasn’t looking and other times he would do the same; but then there would be a moment when they looked at each other and smile. He would turn a little red and she would giggle at him and feel the heat rush to her cheeks too. In those moments when he looked at her, she got a deeper appreciation for brown eyes. She loved the way they shimmered under the fairy lights and she adored the long beautiful lashes that surrounded them. She craved more than anything to hold his hand and deep down she knew he wanted it too. So she laid her hand there in the open, hoping he would notice, waiting for him to make a move. She would look back to the scenery and play it off and then when she looked down again she would notice his hand inching closer to hers. He continued to talk with her and she would answer his questions. She would talk to him and he would give her new questions to answer. She never even realized that their hands were already intertwined. Holding his hand didn’t feel like two hands being together, it felt like putting on cinderella’s glass slipper; a perfect fit. They say that in these moments you would feel butterflies in your stomach but in hers it was tornadoes and storms. A pool of feeling that never stopped drowning her. He would sit closer to her and she would close the gap and lean her head on his shoulder. She never expected him to whisper those three beautiful words while looking at their hands. He said them so easily “I love you..” and she smiled. She squeezed his hand and lifted her head to face him. Staring into his brown eyes she said  “I love you too.”

She never knew that snow could be so beautiful until she sat there with him under the moonlit sky and seeing it falling an infinite amount of times. 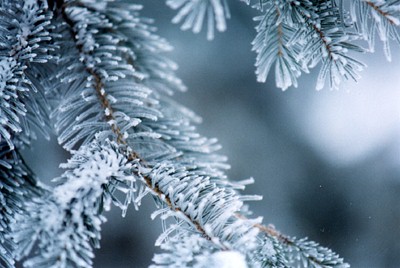