The Girl lays curled in a ball wearing a once crisp gown that is grundy with sorrow.The walls around her white as her crumpled bed sheets, covered in dents and small splatters of blood.The Girl's head jerks as the door of her chamber opens, The Girl scrambles under the bed of crumpled sheets.
"Yes sir, she won't let anyone near her.She doesn't say a word,only makes noises."
A man with a mask over his mouth gets down on his hands and knees by the bed.
"Get That Girl out from under the bed."
It is another voice.The Man nods, grabbs The Girl by her tangled blonde hair.The Girl merely grunts in pain as she is halled into the air.
"There is deffinently somthing wrong with it."
The other voice.Another man in a white jacket and pants with a mouth mask.
"See I told you!"
The Girl's mother.Anyone could have seen from the pleasure in the woman eyes, that she was enjoying the pain her own daughter's eyes.The Girl gives a smug look to the woman and stares at the floor boards.
"Get the needle out will you? I don't want to spend the rest of my life here."
The first man pulls a VERY long needle from a bag at his side.The Girl flinches, her mother knows she's afraid, but The Girl doesn't let her see it.The first man prepares to plunge the needle into The Girls skinny chest, but The Girl's hands shoot from her side to the needle and injects the liquid into his large barrel chest.Grabbing the knife from the bag of the first man, The Girl cuts her hair free from the now dead man's grip in seconds.The Girl lunges for the woman that had started it. The mother screams her husbands name as she runs out the door.The Girl turns and punchers the other man's heart{And that my dear reader means, yes, he spent the rest of his life in that home}.The Girl runs after the woman into the once cheerful kitchen, blue walls are now white as The Girl's room.The mother lays in a heap in a corner.The Girl does not hesitate when she dives the knife into the flesh of her mother.With her adreneline punping, The Girl turns at the sound of footsteps.She plunges the knife into the person that had walked in.They sink to the floor leaning on one another, The Girl gets on her knees and freezes.Her father.
"Iza-Izabell."
He croaks these last words as Izabell cralls back into her ball. 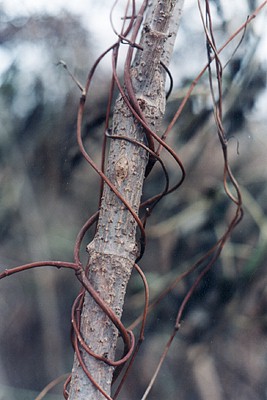 The author's comments:
I choose that picture for my story because this girl is something beautiful made dangerous by someone idiot that didn't know what they were doing.(AND IT WAS THE ONLY ONE THERE!!:D)
Post a comment
Submit your own