For One More Year | Teen Ink

For One More Year

Favorite Quote:
"Everything stinks till it's finished," -Dr. Suess

One more year. One more year and Brian would be done with East Pennsylvania Science and Math Academy. Then he would get to see his mom. The lanky boy sat in his uniform looking at the mirror, bracing himself for one more year trying to get a friend. One more year trying to keep his GPA perfect so when he does see his mom, she’ll be that much more proud of him. He forced a weak smile, revealing his dimples.
Brian stood up and made his way out to the campus, carrying his books by his side. And as he stumbled from class to class throughout the day, he was insulted five times, shoved twice, and tripped once. But for the most part, he was completely ignored. He repeated the line in his head: for one more year.
After he was finished with homework that night, Brian was forced to think about his current situation, which was among his least favorite things to do. He sat at the desk in his dorm, alone, trying to accept the fact that he still had to live another year with all of his problems, which included himself.
But Brian couldn’t. Something had to change. So he walked down to the boys’ bathroom and came back with a clean white towel and a sharp, shiny razor. And as he sat on his nicely made bed and pressed the blade into his wrist he thought, you deserve this. Blood fell down from his wrist onto the towel, staining it red. The pain made him finally feel numb, relaxed. But at the same time it made him feel real.

The next day, Brian shuffled along, doing the same things as everybody else. Nobody saw his cuts, or maybe some did but didn’t care enough to say. Brian concluded it didn’t make a difference.
That is, except for one person. After classes ended that day and Brian walked solemnly back to his dorm with his head down, a short girl with a small nose and freckles swiftly stepped in front of him. “You,” she said.
Brian jumped back in surprise. He looked around him to make sure she wasn’t addressing someone else. “...Yes?” Brian was very surprised that someone was talking to him.
“I saw your wrists.” She stared directly into his eyes.
“Okay?” Brian said defensively.
The girl grabbed his tie and pulled him in close, whispering. “And I want you to know I can show you so much more.” Without pulling her gaze from his eyes, she shoved a crumpled up piece of paper into his hand, then walked away.
Brian inspected the paper with extreme curiosity when he arrived in his dorm. On it, a single address, date and time was inscribed. He put it in his bedside drawer.

But about a month after school started, he snuck out of his dorm at night to go to the address. It was a long walk, and it led Brian through some dark streets, but he eventually arrived at a run-down house with a dirt yard and boarded up windows. Shaking a little, Brian knocked on the door. He knew this was a bad idea, but it was either this or more cutting. He wondered what his mom would say if she saw him here.
The door opened and Brian was met with the freckled girl from earlier, her eyes shining with delight. She smiled and said, “Oh, you made it! Come inside.” She took Brian’s wrist and led him around.
Brian was immediately uncomfortable. But the longer he was inside the dimly lit house, the more he began to like it there. There was a multitude of people of all ages, all of them oddly friendly for being in a place like this one. Most of them were doing some sort of drug. Others were passionately pressed up against one another. Sometimes both.
“Here.” The girl with freckles nearly forced a drink into his hands and smiled. Brian hesitated, thinking of his mom, but eventually took a drink. It burned his throat a little. Brian took another drink.
But as Brian mingled about, usually anxious in these situations, he realized he was enjoying himself. He didn’t talk much, but he felt included. People would pat him on the back, and Brian would laugh at other people’s jokes. At the same time, he realized he was at the social bottom of the barrel.
These people were just like him.

Brian was late to class the next morning, partially because he was busy vomiting. He felt worse than he ever did at school before, and he couldn’t have been happier. He continued to cut and go to the house occasionally. Just to pass the time until he can see him mom.
As the year went on, he was offered more and different drugs during those nights. November brought pills that made him numb. January turned the drab city into a surreal, colorful landscape. March burnt the inside of his nose and gave him energy and a finally clear mind.
His grades slipped without him even realizing it. In May, Brian was called into the headmaster’s office, where everything was very clean but at the same time felt dusty. He was informed that he would be repeating the twelfth grade. However, he would still get to see his mom in a couple days.

That night, Brian sat in front of the mirror in the same way he did at the beginning of the year. This time his eyes were sunken in, and sweat plastered wiry hair to his pale face. Thinner.
He thought about the shame he felt, and the feeling began to surround him. Like someone had replaced the air with syrup. It closed in around him, and Brian couldn’t breathe. He stumbled around, gasping for air, and his vision darkened. He had to leave.

Brian limped toward the house which gave him his only good memories anymore. It wasn’t a night he was supposed to be there, but Brian didn’t know what else to do. He was surprised to find anyone in the house at all, let alone a few people he recognized from the nights he was over. But there were only a few, and they were huddled around an array of syringes, powders, drinks, pills, and other things Brian couldn’t even name.
The group took one look at Brian’s desperate, tear-streaked face, and invited him to come sit down. Brian stopped shaking. He felt warm inside.

And Brian landed on the pavement behind a local hotel. He unsuccessfully tried to get up, vomited a few times, and laid back down in his bile. It felt like someone had smashed his head against a wall a few times, and Brian couldn’t prove that’s not what happened. He didn’t know the time, date, or how he got where he was. All he knew was that it was morning.
Somehow, he stumbled around to the front of the hotel. A woman with short black hair and a sleek red dress came out of the front doors, a woman that Brian knew. He had seen her pictures. Technically, he had been waiting for this moment for four years. But in his head, it wasn’t like this.

The woman took one glance the pale young man with unkempt hair, revolting smell, bloodshot eyes, ripped clothing, marked up arms, and dry vomit plastered to his skin. Perturbed, the woman blushed, turned her head, and hurried away.


Brian called to her, faintly.

She continued to stride down the sidewalk.

Brian outstretched a hand her direction and called again. 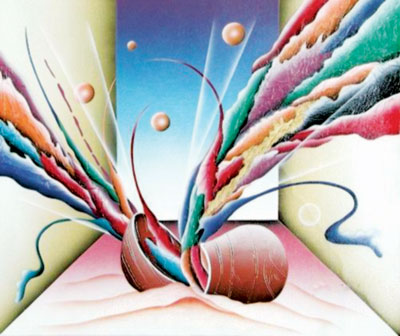