I slid onto the dusty seat early on a Saturday morning.
The sky was barely colored with soft pink when the engine roared to life (with a little push) and the hiss of tires on pavement filled my ears. The air smelled like gasoline—in fact, this truck had a smell all it's own. It was like leather and cigarettes and something I couldn't name. The music that played on the half-broken radio was Willie Nelson, his CDs lying on the damaged, pealing dashboard. I cranked the window roller to let the air on my face. The toolboxes and belts and supplies in the back seat tossed around a bit, stirring up dust and dirt. Eighty dollars in change slid around in the glove compartment, some from 2012 and some from 1952. The carpet was stained with coffee and some other mystery substance.
I drove past the Cinnama where I watched Titanic for the first time. I knew all too well that the red seats inside were stiff and some had fluff from the cushion sticking out in tufts. The showings (though the times and titles were never right) were usually available for DVD or blue ray by the time it showed them.
I drove past the Cinnama with a chuckle.
I drove past the park, the one I used to walk to with my sister. There was a playground, but everything was rather unstable and one of the swings was broken. There was also a duck pond  I used to sit at with my dog Sparky, who died years ago.
I drove past the park with a wistful smile.
I drove past the forest where my name was carved on a tree, and the jagged, half-invisible paths were well worn from my feet, hours spent just sitting on boulders in the sunlight.
I drove past the forest with a grin.
I drove past the twenty-four hour diner where I stumbled in at three am after the longest, craziest story I would never have the time to tell you.
I drove past the diner with a laugh.
Past the lake I jumped into in the middle of the night on a dare, and past the furniture store I went to when I bought my first home, and of course my old middle school, where I was the class clown.
And then I saw my house.
A little white house, standing in a field.
The house where I rode my first bike in the driveway in October, among the leaf piles and pine scented candles and big sweaters and sweet smells.
Where I went sledding down the hill in December, clad so heavily in jackets and hats and gloves and scarves that I could barely move, my nose turning cherry red and my teeth chattering.
That May is when Dad died, and I sat for hours in the grove under the canopy, sitting still and staring at the leaves ahead, and smelling how sweet the rain smelled, it wasn't the right smell for this, though.
Then there was July, when I got my first kiss next to the creek where the best fishing hole was, and the golden tips of sunlight reflected off of every shiny pebble and leaf.
I drove past my house with a smile and a few tears. 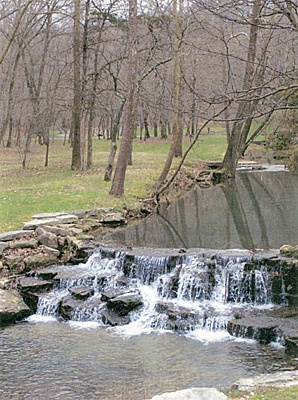 Favorite Quote:
"The mind is not a vessel to be filled but a fire to be kindled." - Plutarch