“The world is a fine place... and I hate very much to leave it.”
-Ernest Hemingway

“You have cancer, James, it’s in your stomach.”

James Mortimer sat in the patent leather chair of his doctor’s office. In his back pocket was a yellow piece of paper that read:

“Mr. Mortimer,
Come see me. This is urgent.
Sincerely,

Well I guess this is urgent, he thought. I’m going to die. He had so often come close to death during his time in the military that the news hardly came with any look of surprise.


“There are many options you still have. With the proper treatments we can extend….”

The doctor’s voice faded off. James was seeing his mouth move without any words coming out. It was like a car accident seen from far away to him. As gruesome and horrible as it may have been, he was curiously detached. It didn’t matter to him if he had died at this point. He kept on thinking,a how many of your friends bought it in the war? All of them, thats why you dont have any.

He was suddenly back in the thick of it in his mind. He saw his brother beside him in the recently taken enemy trenches. Their clothes were packed in mud and dusted in blood and his helmetless brother was smiling while scavenging ammunition from the bodies of the dead soldiers. Use everything you could, they always told you. Waste not, want not.

The next moment was a stitch in his memory. He only remembered waking up in the hospital much later in Paris only to be told that his brother rolled over a dead soldier who held a grenade and its pulled pin in his death grip. Don’t think about it, he thought. If you dwell on the things that hurt the most they will consume you or even worse, they will kill you.

The doctor muttered a curse under his breath. What the hell am I supposed to say to this man? He’s dying and there’s nothing I can do for him. He doesn’t even want my help. What do I do?

“ I’m sorry,” Dr. Ryder finally said, without the strength nor will to find anything else to impart.
“ Its okay, doc. Its my time.”
“ Well the chemotherapy is always open if you want it, just say the word and-”
“ No, its alright. I just have to accept what’s happening.”

James stood up slowly from the stained oak and red cushioned chair and walked out the glass door of Dr. Ryder’s office and past the pretty young secretary who smiled at him on his way out.

Outside it was a pleasant enough day. It was cold and humid and there was a light breeze that gently rolled through the spring leaves that still retained the bright color of immaturity and youth. There’s a lot of trees for a city, he thought as he crossed the street and past a playground of concrete and metal. As he walked past and saw the children playing he eventually decided to sit down on a bench for the cancer made him very tired and watched. What energy they had, what youth. There was nothing more precious in the world than the look of wonder on a child’s face, he thought.

On the bench beside him, there was two parents who had found themselves in a fit of laughter while watching their child play.

Well if that doesn’t take it. I won’t even have a family. Then again, I never really had one, he thought. My father was long gone when I was growing up, mother died in the asylum when I was eighteen, and that just left my brother, and he was gone by the end of the war.

He was getting melancholy and sentimental and decided to shut it out by getting up and moving along the streets towards the river, passing bakeries that smelled of fresh bread and cafes with many chairs and tables on the terrace. At one of them he saw an old man, sitting with a glass of white wine and a plate of cold mussels which, as James past by, noted that they still smelled of the ocean. It was clear to him that the old man was dining alone.

At least I won’t have to deal with that for much longer. To die is one thing, but at least there’s no loneliness in death. Sometimes to live is the worst scenario. I am alone now, so what difference does it make between myself and that old man? Time, perhaps. He’s suffered much longer than I have. His Hell is much worse than mine, I suppose.

As he finished that thought he came up to the river and faced the old wrought iron suspension bridge that went up in the 1880’s with the funding of some old steel tycoon whose name is inscribed on the northwest foundation of the bridge. He began to walk up the bridge and noticed the smell of the sea air mixed with the rust of antiquity from the bridge.

I’m gonna miss this, he thought once more. I can’t afford the treatments and now I am going to die from something I can’t control. Then again, who really has a say in their deaths? Nobody does. We are all numbers on a damned roulette wheel and the ball is bound to land on us eventually. But I’m gonna miss this. that’s for sure.

He was in the middle of the bridge now, and he saw the waves rippling down like the sheets of a lover’s bed and the skiffs that were heading out for the day blow in the wind. In this moment, he finally cried. Not for himself though, but for everyone that he loved and how they were lost.

It is a good enough day to die, though, he finally thought.
He stepped over the ledge and disappeared.

Dr. Ryder called the pretty young secretary into his office. There was a troubled tone in his voice that demanded immediate action.

“ I need you to get me the number for James Mortimer, the man who was just in here.”

“There appears to be a mistake in the lab results. It turns out he just had a bacterial growth, probably from stress. He just needs a few antibiotics and he should be fixed right up.”

I hope he doesn’t take this so hard and press charges, Dr. Ryder thought. I could lose my license over this. 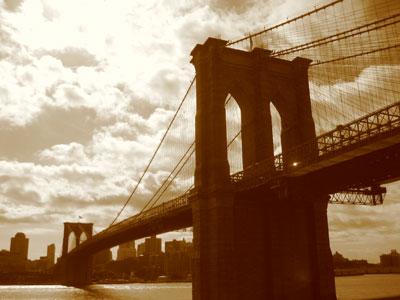