“First day of college,” I grinned and looked up at the hideous building. Puffs of smoke came out the chimney causing a bird flying overhead to choke on the smoke and fall to its death. I shielded my eyes from the blazing sun to get a clearer look of it. Some of the shingles on the building dropped to the ground.

I peeled my mom off from my shoulders. How long had she been hugging me? She wiped her eyes and nose with my shirt and sniffled.

“M-My baby,” she choked out between sobs, “is all grown up now!” Dad honked the horn from his pedophile-looking, white van. It even had black-tinted windows. I used to joke and ask, “How many kids have you taken in there, Dad?” He'd just stare at me and smile, his upper lip twitching.

“Yeah...,” I rolled my eyes. “See ya, Mom.” I saluted her and walked up the cracked path up to the doors. I turned around to see my parents had already left. I shook my head and went inside.

The inside of the building was even worse than the outside. The moldy, wooden floors creaked when I stepped on it, either from my weight or this building was extremely old.

The woman at the front desk looked up and gave me a cheesy smile. She then waved me over. I hauled my suitcases and dropped them with a loud thunk to the floor. I heard a snap and winced.

“I'm a new student,” I replied with pride. “My name is Audrey Hopkins.” Mrs. Dean started to type away furiously on her computer.

“Ah, Audrey. Your room is in the left hallway, room 46.” She pointed in the direction of which I were to go. I picked up my suitcases and started to make my journey. “Oh! Don't be startled by your roommate!” I proceeded to my room.

There it was. The silver numbers clearly stated: 46. Except, the 6 was hanging on for dear life. I swung open the door and braced myself. And there he was.

“I gotta catch 'em all!” the boy screamed at the top of his lungs, a game controller in his hand. He waved it about. I shut the door loudly behind myself so he would know I was here. He turned his head and stared at me like I was an alien. “I think you have the wrong dorm.”

“Yeah, but they didn't say I'd be having a girl roommate.” He paused his game.

“They didn't tell me I was going to have a boy roommate, either,” I scoffed at him. “What 'ya playing?” He sighed and un-paused the game. He was in a battle between a squirtle and a charmander.

“No one can beat my charmander,” he exclaimed. “Especially since it's fire against water.” He droned on and on about the logistics of Pokemon. I don't think he even realized I had left the room for a glass of water. By the time I was back, he was still talking. I sipped my water before him and placed one hand on my hip.

“Audrey Hopkins,” I beamed. My teeth shone brightly and he shielded his eyes.

“Pokemon is for sissies and 5 year olds that are bored and have no life.” He gasped as if I had said something that had hurt him.

“Yeah, well, at least I don't wear the same color on every piece of clothing..” I glanced down at my red shirt, jeans, and my red Vans.

“Red is sexy,” I said saracastically.

“On some people,” he said and got up from his seat on the couch. What a rude boy.

“You don't have many friends do 'ya, Max.” He ignored me and went off to another room.

I flopped onto the couch and sighed deeply, self-pitying myself. How wonderful this year was going to be. 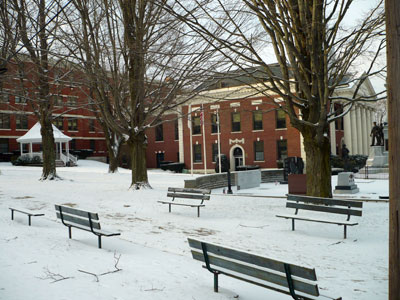