Scared of the Truth | Teen Ink

Scared of the Truth

The moonlight shone perfectly on her, making the frizz from her long, curly dark brown hair glow. It was a silhouette of a young woman, only her hair, bow and body shape highlighted and glowing.

She danced under it every night, wearing no shoes on the wet, itchy grass of the forest. The trees would shield her as she raised her arms, crying to the star spattered sky.

She was entirely too skinny, with black, tight pants, high boots and a jean jacket. She was sexy when she, when we, danced until the moonlight-sexy and elusive. She was instinctive like a cat. She was a character from the movies, touching my face, grabbing my hair, in a seductive sort of tango.


“What’s your name?” I asked, after I first saw her dance, coming home from school last spring.
“Ariel Louisa Montoya.” She put her hands on her hips, her hair messy and damp. Change and a few bills lay in a black and white fedora at the tips of her leather boots.
“Quite a name.” I had said, crossing my arms.
“Sure, if you think so.” She pulled her neck back to gather her hair, just to swing it around in a sexy, appealing way. “What’s your name?”
“Benjamin.” I answered, my voice sounding weak next to her powerful, yet mysterious one.
“You seem more like a Ben. Benny. Jason.” She shrugged, taking out a paper from her too tight jeans and tossing it to me. “Artistic license. If you don’t like it, change it.” She picked up the fedora holding her money, and emptied it out into her hand. She then placed it on her head. She kissed her hand and put in on my forehead, and proceeded to walk away, swinging her hips. She knew she had me.

She was like a drug I couldn’t stay away from. I had started passing by the steps of the libarary everyday, just to see her dance.
“Jason” she had hissed at me one day, through crisp, apple red lips, “come meet me tonight, in the forest, right off the entrance to the East trail.” She winked a sparkly blue shadowed eye and continued her movements.

So I had started meeting her after dark, in the forest.
She wept at times, other times she laughed. Most times, though, she danced until the sun began to show its face.

“Tell me something I don’t know, Ariel” I’d whisper, sometimes, as we danced- the summer heat exhilarating us.

“My father is a professor at NYU. My mother’s an uptown lawyer.

“More.”
She would turn me and press her finger against my lips. “Can’t. Come on, keep moving with me.” She’d pause then, every time. “You’ll know everything soon.”

I wondered if she was real, or just a dream. I couldn’t get an age, or anything other than the status of her parents. I didn’t understand why she wept to the skies or laughed with a type of giddy, nervous anticipation. I didn’t know where she lived, or how she made any money, money apart from her two dollars and eighty six cents a day. Did she even need to earn that? She seemed pretty rich, from the little she told me. Maybe she just loved to dance.

As the summer sky seemed to start to drift away, Ariel seemed to dance less. She wasn’t on the library steps every day, not anymore. She was still there at night, but she didn’t seem there, mentally.

“Come here, Jason.” The last night, the night before I would enter my senior year was lying at my feet. When day broke, I’d be off at school again, leaving her and…this.

I walked to her and she wrapped my arms around her. Her bones were frail, not like they had been. Her head melted into my shoulder. The night was still young, and the moon was full in the sky, but the clouds were slowly coming in, blocking it. The moonlight hit her so perfectly, just for a sliver of a second, and she looked at me right then. She had bicentennial eyes- red underneath her faded blue pupils and shining white irises. Her lips looked white, and even her hair seemed fragile and wilted.

Her body went limp in my arms, her arms dropping. This mysterious, elusive girl- still a stranger, but yet, a girl I knew so well, was falling into me and I didn’t know what to do but wait, wait for her to come alive again. I gripped her body, feeling her shallow breaths. “Jason” she said, after a moment, “I’ve loved these nights…” her voice was small and brittle, traveling through the air. She inhaled deep and returned to her shallow breaths.

The sun rose some eight hours later, and we hadn’t moved. I opened my eyes from a tiresome sleep. It took me a moment to realize where I was, what was happening. Her head was still at my left breast, as her cold skin touched my arm. She was still asleep.

The forest, though, was awake. The ground was coated in dew, and our bare feet were dirty and coated with grass, a small, pale, boney pair next to mine. I noticed, then, a blanket on the grass, under a tree, a leather bag next to it.

She seemed, once, immortal. Like she was a spirit, dancing, weeping and laughing through her immortality. She had seemed tired last night- simply tired. It felt like a false reality, like these spring and summer nights were a dream. But here she was, a gorgeous woman, dead, in my arms. Where, in the world, to put her?

On her blanket, thin as paper. I grabbed her bag, and opened it.
There was a journal, stray papers, emptied packets of food- and food stamps.

I struggled for my own breath as I grabbed the journal and papers. A birth certificate proclaimed “Martha Alexandra Averring, born September 6th, 1992.”

Whoever Martha was would have been eighteen, today. I grabbed another paper- this one was a flyer for a Vegas strip show put on my Martha Brown-Averring. A postcard was attached. There was a picture, of a man, two women and tons of children running around, with words scrawled on the back. Her father was a Mormon in Utah- not a professor. And then there was the one that made my stomach drop. I suddenly knew who Martha was.
“Martha Alexandra Averring, HIV positive”- that was fifteen years ago.
I reached for her journal then. The first page announced the “Journal of Martha Alexandra Averring- A.K.A Ariel Louisa Montoya.” Her words, written in slanted cursive, cried words of hatred toward her mother for leaving, to her father for betraying them. They cried of having to leave her apartment because of not being able to pay, of having to live in the woods and survive as a dancer. She was hungry and sick. She was on and off of drugs, looking for happiness in an empty world. How her mother has HIV-and gave it to her in birth. The dates were shocking- she had only been evacuated in June. Her mother had left in mid May.

Then there was me- me, her Jason, written into her autobiography. “I think I love him- he meets me every night, he moves with me, before I even move. He steps in perfect rhythm, like he knows where I want to go, where I want to be. I call him Jason, and he knows me more than anyone ever will. I lie to him, I speak little about my past, but he doesn’t press- because he knows. I will tell him I love him, his breath, his scent, his lips…before I die. Before I let myself give in. Before AIDS or hunger takes me. He sees me as a person- not a sickly child who’s dying. Not an abandoned girl named Martha.”

I sobbed, thick, hard chokes. Did I know? Could I decipher her lies and see her? Did I see her as a person or a… creature? A wonderful, mystical but surreal being? Did I take into consideration that she ate- like every human has to? Did I love her?

I wrapped her up in her blanket, my brain too full to decide my next move. I loved who I knew- and I didn’t know Martha. I loved Ariel Louisa Montoya, the lost seventeen year old with no family, ridiculed and made fun of, looking to change her identity, and her life. And I might have been able to save her- if she had let me know sooner.

If she wasn’t so scared of the truth- if I wasn’t too scared to go deeper. 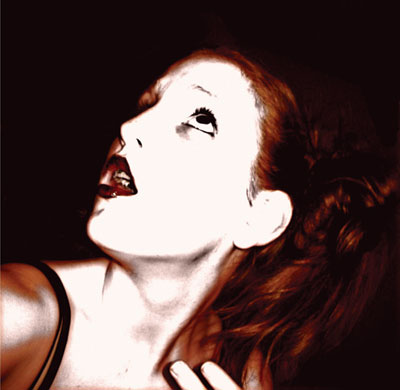