Favorite Quote:
"If there's a book you really want to read but it hasn't been written yet, then you must write it." - Toni Morrison

“I hate you!” I push him, enjoying watching him stagger backwards.
“Kay, I—”
“Shut up! I don’t care!” I storm away, ignoring his call. Taking off his jacket, I fling it to the ground, making sure he sees. There. Now he knows I’m really done with him, because that jacket was super comfy…
“Two-timing little piece of…” I mutter to myself, still marching off the campus. Maybe next time I shouldn’t let myself fall for a jock.

Callie hurries over, looking worried. “How did it go?”

“How do you think it went?”

Silence.
“He was a jerk anyway,” Callie finally responds. A mischievous glint comes into her eyes. “Besides, it’s summer now. Anything can happen during the summer.”
“You’ve read too many realistic fiction books.” But I know she has a point. Still, it sucks to be dumped on the last day of school.
“Guess what?”
Uh oh.
“I signed us up for a dance camp!”
Wow. “There aren’t any guys at a dance camp. Besides, I already told you, I’m never going to squeeze into a leotard ever again.”
“Oh, trust me, you’ll love it. It’s a hip hop camp.” She smiled triumphantly. “Guys take hip hop.”

“You already know I have no sense of rhythm, Callie. And you’ve signed us up for camps every year since second grade! Surf camp, ski camp, swim camp, cheer camp, acting camp, ballet camp, even cooking camp. We finally got out of ninth grade. Don’t you think it’s time to, you know, take a break?”

Then she does that look. The one she uses every year, the one that convinces me go every year. “Pleeeeeeeeeeease, Kay-Kay. This will be our last year. I promise you, it will be fun. Amazingly fun.”

But she says that every year.
#

“What do you mean, this isn’t hip hop camp?”

The woman sighs. “It was, originally. But not enough people signed up, so they changed it to poetry camp. You were supposed to get an email…”

Callie checks her email about once a month. She’s always so busy; she barely has time to make sure she has under five hundred unread messages. I swear, once I found an email I had sent to her in fourth grade. No wonder she was late to my piano recital…

I tug on Callie’s sleeve. “It’s okay, Lee-lee. I’ll just call my mom, and she can—”
“Wait!” Discreetly, she points to couple of boys standing in the corner, talking.
“Uh huh. Two boys. Can’t imagine what they’re doing at poetry camp—”
“Don’t you see, Kay-Kay?!” Don’t you love how she acts as if this were life or death? “If there are two boys, there are bound to be more!”
Not true. At cooking camp last year there were two boys, period. “Callie, I really don’t feel like flirting right now. I think I just need some time to get over Derek.”
“Come on! Pleeeeeease. You promised you would go to camp.”
“No, actually, I didn’t.”
“But I promised you would have an amazingly fun time.”
“Which we can have from home. We don’t need to go to camp every year.”
“B-but Kay-Kay… I want to go to camp. With you.” Here comes that look. “And if this is our last year…”
“Fine. Jeez, Callie, you’re such a dreamer.”
“And proud of it. Come on! We’re in cabin 5245.”
#
“Poetry is an art, and must be treated as such. Your paper is the canvas, your pen the brush. Let it flow from your heart.”
Talk about an overdramatic teacher. I can tell Mrs. Locke is one of those people who never grew out of Disney movies.
“Now, we’re going to warm up with a simple few lines of poetry. Ahem.” She straightened and put her hands to her heart, looking at the sky.
“The sun came up,
Its’ beams came down,
And smiling faces shown all around.”
The scattered applause seems to please her. She’s probably had silence before. “Now that you know how it is done, I would like you to create two different ones, then come up and share your favorite with the class.”
This place is so much like school, it’s annoying. They have rules about everything, for one. Also, the food looks about as appetizing. The only thing that’s different is that everything is outdoors (well, except the bathrooms and cabins).
Sighing, I put my pen to the paper. The first poem I pen is about the ocean. The second is about how much I hate this camp.
Mrs. Locke rings some random bell after about two minutes. “Miss Kai, would you share one of your poems?”
A petite girl shyly ambles up to the front.
“The mouse scurries ‘round,
Very frightened by the sound.”
Is this who I’m stuck in class with? Jeez, I’m in the five-year-old class.
“Lovely, Jenna! You really poured your soul into your poem, didn’t you?” Mrs. Locke smiles and nods. “I’ll have your paper, please. Thank you, dear. Oh! You’re other poem’s about a squirrel! How lovely.”
Uh oh. She’s collecting the papers? Then she’s going to see…
Callie is sitting across from me at these lunch tables they’re using as desks. “How do you like—” She notices my paper. “Um, Kay-Kay, something tells me Mrs. Locke isn’t going to like a poem titled, ‘I Hate Poetry Camp’.”
“I know,” I hiss back. “I’ll just—”
“Girls!” Mrs. Locke glares at us. Jeez, this woman can hear everything. “Miss Davidson, you can recite your poem next, if you’re in the talkative state of mind.”
I stand up slowly, feeling as if I was made out of solid lead. When I finally reach the front of the class, I murmur my poem—

“The people listen to the ocean,
Waves forever in motion.”
Yes, I realize it was dumb. But any poem was better than no poem, and I had to make two.

“Lovely, Kayla! You really poured your soul into your poem, didn’t you?” I’m beginning to realize she says that to everyone. “Now, let’s see your paper.”

I somehow manage to hand it to her. She studies it closely, her expression unreadable. “May I speak with you after class, Miss Davidson?”

I nod quickly, then sit down. Well, at least I won’t have to make up any more poems if I get kicked out.
#

“What was going through your mind as you wrote that poem, Kayla?” Mrs. Locke was sitting at her “desk” (a real table and chair!), staring at my paper. Seriously, how do people expect you to answer questions like that?

“It’s j-just—”, she takes out a Kleenex and blows her nose, “—such a work of a-art! You m-must have been truly inspired!”

“Yeah… I guess I was…” The camp inspired me to write how much I hated the camp.

Without warning, Mrs. Locke stands, puts her hand over her chest, and begins reciting my poem in her best “poetry” voice:

“This class is a bore,
The whole camp makes me snore!
Poems just hurt my brain,
I think I’ll go insane
If I write one more line
About speaking in rhyme.”

She sits again, looking as if she’s in a trance. “So pretty…”

“You’re quite welcome, Miss Davidson.” Her eyes refocus on my face. “We’re doing limericks tomorrow. I believe you’ll like them.”

I nod. “I probably will. Thank you, again.” Then I begin to walk back to my cabin. But one of the boys I saw at the beginning stops me.

We begin walking toward the cabins together.

“So, you like poetry, too?” His voice is eager, and I notice there are love poems scribbled across a sheet of paper he’s holding.

“Well, I was wondering if you wanted to hear some of mine. I’m submitting them to a magazine, and I just wanted some one with equal interest in poetry to give me some feedback.”

I nod. Minutes later, I’m glad I did. Because he tells me the prettiest poetry I’ve ever heard. But maybe it’s just because I feel like every word is about me.


Then I realize they are. 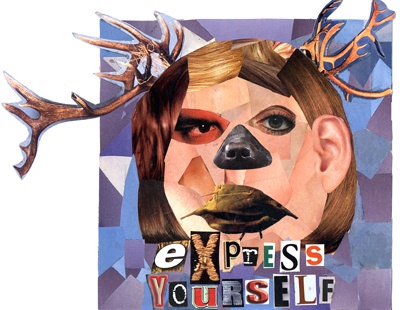