Favorite Quote:
All that is gold does not glitter, not all those who wander are lost.
-J.R.R. Tolkien

She liked the warmth of a fire on a cold winter day and the smell of incense, burning toward the flame-engulfed tip, but watching the boys light the matches, Avery felt a sick feeling in her stomach, an aching fear that something would go wrong. She hated the grinding sound of the matches rubbing against the side of the box, sparking, and how the boys thought they were cool, playing chicken with fire and waiting until the flames licked their fingertips to drop it.

“Isn’t there like, a no-burning-stuff law around here?” She asked, eyeing the thick trees that surrounded them, the fragile leaves that crunched underfoot. One forgotten spark, carelessly missed by a stomping shoe, and the whole forest could be up in flames.

“Things aren’t fun if they’re legal.” Joey said matter-of-factly, and Avery knew him well enough to know that was his motto. She had seen him crash a golf-cart into a tree, totally drunk and learned that you could in fact get a DUI while driving a golf cart. Or casually slip the CD under his shirt and later give it to her as a birthday present. He was a bad person but even with all the things he did, he never once looked at another girl like he stared at Avery, and for that she allowed herself forget everything and love him.

Joey caught her looking into his eyes, glassy and red-rimmed. As usual, he blamed it on seasonal allergies but Avery knew he never went out to do anything fun if he wasn’t high. That was his second rule in life.

“Want anything?” He asked her, waving to his backpack where he kept lighters and cigarettes and his precious over-21 I.D that he took from his older brother.

“No, thanks.” She didn’t decline because she was scared of smoking or had practiced ‘saying no’ enough times in health class. Joey just bought cheap cigarettes.

“I’ll take whatever you got.” Avery best friend, Steph, was a good foot shorter, petite and blond, but tougher than any other girl on the streets. She dated Joey’s best friend Brett, and Avery was always glad for the company of another girl.

Joey was busy playing with matches again, like in a childish game, and nodded lazily to the black backpack, lying near the base of a tree.

“You decide about prom yet?” Joey asked Avery, more focused on the match than her.

“I thought we weren’t gonna go.”

“We’re not. I just wanna know if you’re going without me, or if you wanna go out and do something else that night. Something cooler.”

“Something cooler as in you going out and getting drunk or high and leaving me to drive you home. Yeah, real cool.”

He shrugged, nonchalant. “I think it’s fun. Except for that time when I threw up in your car . . .”

“It’s was my mom’s car! You know how hard that was to explain?”

Joey rolled his eyes and tossed down his latest spark, squishing it into the leaves to cut off the flames, a tiny bit of smoke slipping out from underneath his heel.

“Holy s***!” Steph shrieked suddenly, dropping Joey’s bag into the dirt with a thud and jumping back from the tree. “There’s like a gigantic snake!”

“You’re cute when you freak out.” Brett squeezed Steph’s arm as he went to investigate. “And you have no reason to freak at all. Joey, come check this thing out. It’s like, a foot long. A baby.”

“That?” Joey laughed. “You call that gigantic?”

“Well, it’s got fangs and stuff. It’s scary.” Avery nodded in agreement, staying back. She had never seen a poisonous snake before, only in captivity, but throughout her childhood she had suffered nightmares of a constrictor wrapping around her legs, her body, her head, until she was gasping and turning blue and the snake was hissing softly in her ear, mocking her.

“Girls,” Joey and Brett said simultaneously. Brett reached into the thick leaves, lifting the wriggling snake between two fingers. It turned over, thrashing against his hand, and Avery saw the sleek black body, the smooth, pale underbelly and dark bulging eyes in the slender head.

“Yeah, well, it’s a still a snake. Put it down,” Steph demanded, but kept a safe distance away. “They can still bite.”

“We can’t have it going around and scaring our girls.” Brett waved it back and forth, and the poor snake dangled limply, seeming to give up and play dead, or scared into shock. “We should do something about it.”

“A little fire never hurt anything . . .” The lighter flicked on and off, taunting. “Besides, it’s just a stupid snake.”

“Hey, hey, hey.” Holding the snake with one hand, Brett nudged Joey’s arm. “You still got some Axe in that backpack?”

“Oh my god . . . please don’t.” Avery felt that sick feeling come roaring back as Joey smiled slyly and rummaged through his backpack, pulling out the black container, shaking it. She heard the liquid inside swooshing around to match the fluttering of her stomach.

“Chillax.” Joey uncapped the Axe, spraying some into the air to test it. Avery’s throat and nose burned with the piercing smell, and she felt like she couldn’t breathe. Constricted.

“Animal cruelty.” Steph added, and Avery knew it was okay to be freaked out, because Steph never worried about anything. She had seen her fight a girl twice her size before, and when she brushed herself off and strutted off, Avery could have sworn she was the type who could kick an adorable puppy and walk away without a trace of guilt. But now Steph looked pale, her eyes wide.

Brett tossed the petrified snake to the ground, stepping on its tail so it couldn’t regain energy and slip away. Joey sprayed more thick cologne into the air, and across the snake’s back, so that the sleek skin glittered even more. He lifted the box of matches, poised to strike one against the side, start the spark.

“That’s so sick.” Steph shook her head with disappointment in the male race and turned away, still looking horrified.

“Kids who hurt animals end up hurting people later in life.” Avery blurted out, and Joey stopped striking the match, and the raw grating sound ceased as well, leaving the forest eerily silent for a long moment.

“I would never hurt you, Avery.” There was that sincerity in his voice again, like the look in his eyes when he said he never saw other girls the way he saw her. He promised he would never hurt her, but when he was about to light a helpless snake on fire, it was hard to be confident.

“I know.” She whispered past the stinging in her throat. She kept her eyes locked with his bloodshot ones, telling herself don’t look, don’t look.

Joey threw the new match down, and she saw the flames from the corner of her eyes, as it met the fumes. The snake made no sound, but writhed on the ground just once, before the flames erupted around it.

“Freaking awesome.” Joey concluded, stomping out the flames. At least he put the fire out, Avery reminded herself, but couldn’t convince herself that he still loved her, that he was still that intriguingly reckless boy she had fallen for. Not now.

“You okay, Avery?” he asked and she nodded numbly.

“Just a little grossed out.”

“You’ll be okay.” He offered her one of his genuinely sweet smiles, but she couldn’t find the strength to return it. She felt like she might start sobbing if she moved a single muscle in her face, though she wasn’t exactly sure what she would be crying for. Seeing Avery wasn’t interested, Joey turned back to the charred snake body lying on the ground, smiling down at it instead, his real prize.


“What was your deal today?” Joey asked, resting his feet on the dashboard of Avery’s car, smoking a cigarette and watching her drive. “It was just a snake.”

“It was a living thing, and you killed it.”

“It was just for fun.” He looked at her like she was the deranged one. “It’s not a big deal. Not like I’m gonna turn into a psycho murderer or anything.”

“But you could.” She said weakly, staring ahead at the road.

“But you could. I meant what I said, that boys who kill animals grow up to be crazy men, serial killers. It’s been researched before, and it’s probably true.”

“I don’t plan on killing anything, babe.”

“Okay,” she whispered, the wheel gripped tighter between her hands. It wasn’t just a snake. It was the way he had looked down at the burned body, blackened and blistered, like it delighted him.

“Good. You know I love you. I would never hurt you. Ever.”

At a stoplight, Joey leaned over and kissed the side of her neck, running his lips down the sensitive skin. She shivered and pulled away from the scent of smoke on his breath, the roughness of flames on his hands. 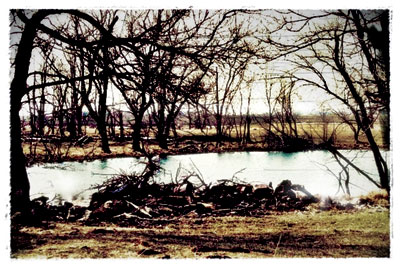