Rein’s cheeks burned like two small matches. She tried to force her tears back as kids engulfed her, pointing and laughing. Milk squirted out of one boy’s nose as he doubled over, clutching at his sides like it was the funniest thing he had ever seen. This made the other children laugh even harder. “It wasn’t my fault…” Rein tried to explain, but her voice came out as a weak choking sound. She blinked, and her eyes stung. Burning tears slipped down her cheeks and her lips twisted as if she were pouting and screaming at the same time, but no sound came out.

Everything started innocently; a few popular girls from Rein's class were talking about Jimmy and Pete and the other boys. Rein timidly approached the circle. She didn't dare instude, but watched from a distance. She liked pretending like she was part of the circle. Today, the girls were huddled together, whispering about something (probably juicy) so Rein stepped inched herself closer.

As she did, one of the girls let out a terrible scream.

Rein got ready to apologize, but was surprised to find out it wasn't because of her. An oversized cockroach had slithered onto a blond girl's arms. She flailed herself around, chanting Gross, gross! and jumping up and down. She made a few desperate swats and managed to knock the vile creature away, but instead of landing on the ground it plopped itself on Rein's leg.

Rein shrieked. About ten curious kids were gathering around and enjoying her struggle. One boy kicked dirt on her leg, and a few others thought it looked fun and did the same. It didn't knock the roach off, but they didn't stop. Soon a few older boys kicked even harder, and the some dirt flew into Rein's face. They made a competition out of it.

Rein tasted a disgusting mixture of sand and dirt. Too much of it got into her eyes—which were already covered by a layer of tears—and she could do nothing but fall to the ground. The roach was on her knee, so she crushed it beneath her, and its guts splattered on her. She yelped, but nobody heard.

A chubby girl, usually the butt of the playground jokes, pointed down at Rein’s skirt. “Look, she’s wetting herself! Rein’s peeing in her underpants!” Rein tried to cover herself, but it was too late. Liquid trickled down her thigh. She opened her mouth to try to speak again, but all that came forth was a series of sobs.

Rein pushed herself up and rose to her feet. If anyone was paying close attention, they would have seen her lips moving—barely, yes, but a careful observer would have noticed words being spoken. It wasn't until Rein was standing at full attention, and she had stopped crying, that everyone hushed enough to hear her speak.

"Please. Let me talk," She said. She could see that the monsters in front of her were grinning. They wanted more ammunition to fire back at her. She didn't care.

"Thank you... everybody. Thank you so much. I know I deserved all of that. I'm a bad girl. I never do anything right. I still don't get adding...and I don't know who the first President is, even though Ms. Jenkins told us over and over. I'm a stupid, stupid bad girl. When mommy left, I couldn't wash dishes like her. I couldn't clean like her. That's why I'm punished... I'm sorry."

None of the kids were grinning anymore. Some faces turned pale, others blushed. Most started looking away. Rein paused, then spoke some more.

Rein knees wobbled, and she crumpled to the ground once more. She was done. From far away, she heard a deep voice, an adult. Then everything was dark. 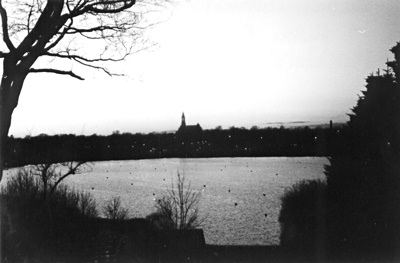 The author's comments:
On my frequent biking trips, I notice many things both good and bad. For every rose, however, there is an evil lurking near by. Evil isn't always in large doses, and I learned this by seeing one little girl being picked on. I didn't know what she did to warrant this behavior, but I had no chance to stop it before it started raining, and the children dispersed.
Post a comment
Submit your own