Favorite Quote:
"Words have no power to impress the mind without the exquisite horror of their reality."
~Edgar A. Poe

“You ok?” Jason asked while Ian zoned out. This therapy session seemed to have drained the seventeen year old more than the previous ones.
“Yeah,” Ian muttered, not fully convinced of his own words.
“Well why don’t you walk me through your thoughts?” Jason proposed, leaning back into his comfortable leather chair.
“Ok, well I’m back at my last house,” Ian’s eyes closed to a whole new level of remembering, back to the previous home he lived in before he was sent back to the orphanage.
“What are you looking at?” Sal asked with the fourth beer bottle in his hand, nearly empty compared to the fresh cigarette in his mouth. Ian shrugged; what else could he do?
“Quit your gawking and go make yourself useful.” Sal waited a few seconds in Ian’s stillness before he lashed out again. “Hey, I just gave you an order! Now get moving before this bottle goes over your head!” He waved the alcohol as Ian watched the liquid swish and dance inside the brown glass bottle. It sickened him. It was the cause of so much of his pain.
“Hey, boy? You deaf?” Sal’s cigarette asked. Ian shook his head, not sure if he was answering the question or denying his mind of the current situation reality presented him with. “No? Then act like it.” He emptied the bottle in his mouth and threw it just barely an inch above Ian’s ducked head.
“Where’s my lighter?” Sal wondered aloud while Ian examined the flickering fire stemming from his lips. It repulsed him. It was the reason his eleven year old sister coughed at night. He stared hard at the glazed eyes, sweaty upper lip, the hollow mind, the grotesque figure that mirrored on his own face in its disgust.
“Are you ok? We can stop now if you’d like?” Jason’s sophisticated voice slipped past the cigarette and sweat and into Ian’s ears, up to his brain, then through his eyes.
“Huh?” Confusion couldn’t begin to describe it.
“Ian? Ian let’s take a break.” And like that the mahogany desk reappeared and the manila folder lay open on top of it.
“Yeah, yeah a break would be nice.” Ten minutes of what was as close to peace as he could get bridged the next trip down memory lane.
“Ok, let’s go further back this time. Where are you? What do you see?” The doctor’s voice welcomed another frightening opportunity to reminisce.
Eyes closed, mouth open, heart pounded.
“I’m…I’m with Sierra at home; Jack isn’t. It’s quiet.”
“Ian? Where are you boo?” Sierra’s twenty nine year old voice tasted so soft and delicate in Ian’s naive, yet not innocent, ears. A six year old Ian laughed at the game of hide and go seek. “There you are!” Sierra’s jade eyes smiled down at her new child.
“Everything was fine,” Ian said at seventeen years of age, “until Jack came home. He’s screaming at her. Always screaming; and she’s crying, again.”
“You know how special he is to me.” Sierra’s shouts matched her husbands.
“And you know how much I hate that kid. He’s an orphan, a mutt; he is not your son!” They were arguing in the room next to the one Ian was hiding in.
Sierra couldn’t hold it in any longer, “He’s as close to a child as we’re ever getting!” She had crossed the line.
“So now I’m a failure as a husband because I can’t be a father? Maybe it’s not my fault. It’s yours, it’s your fault we can’t have kids.”
“But the doctor said that you,”
“Never mind what he said. Either you put that think back where you got it or I’m out.” She had heard his threat too many times.
“Then leave already!” She yelled on top of her sobs.
“Yeah, and when I’m gone you’re on the streets with no job, no money, no future. And when you’re homeless, they’re going to rip that kid out of your penniless hands and he’s going back to the orphanage. So either he goes and you stay, or you both go. Your choice.” Jack smiled in his confidence. Sierra turned around to see Ian peering from behind a door. He knew, and she knew that he knew, and Ian’s mind began to race.
“You eavesdropping?” Jack snatched Ian and dragged him across the bedroom floor, not at all bothered by his kicking and crying.
“Jack, Jack let him go.” Sierra begged, now on her knees, nauseous from the fake hormones and stress.
“Let him go? Let him go? Ok, you win.” With an arm extended out a second story window, he let go of Ian’s dangling body. Barely slowed down by an extended branch, Ian’s body fell on the grass below, breaking his right arm.
“What happened when you go to the hospital?” Another stupid question from Jason. Somewhere in his folders, files, and documents must have been all the facts, the information, the truth. Everything but the emotions.
“Nothing. Jack told everyone that I tripped and I didn’t think it was worth arguing if I was going to go back to the orphanage anyway. Besides, Sierra didn’t help me; she watched me watch Jack lie and she never did a thing. Of all the nine sets of parents I’ve lived with so far, she meant the most to me. But then I got used to it, the disappointment, the failure.” Ian stood up, having had enough of the pain from the past.
“So I guess that’s it for today?” Jason assumed from Ian’s desperate attempt to escape.
“Guess so,” Ian called back half way out the door. 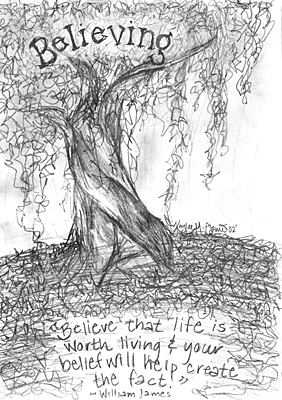 The author's comments:
This is a small 3 pg excerpt from a 190 pg novel i am currently working on, so i tried to make it as simple as i can to eliminate any possilbe confusion or necessary explaination. The title is something i just came up with right now to fit the 3 pgs, since the real title wont fit this small version. Any tips, advice, comments, or questions are welcomed =) Thnx.
Post a comment
Submit your own

Favorite Quote:
"How many lives will we take How many hearts destined to break Nowhere to run, can't escape Full of ourselves, tied to our fate The end is knocking"
-- Avenged Sevenfold

Favorite Quote:
"Words have no power to impress the mind without the exquisite horror of their reality."
~Edgar A. Poe

Wow, thank you! It is perhaps one of my favorite scenes. I wouldn't mind, but it is still a work in progress, so i'm not too sure when i will be done. I could always use an extra eye for editing =)

I'll check out some of your work =] thnx again!

Favorite Quote:
"How many lives will we take How many hearts destined to break Nowhere to run, can't escape Full of ourselves, tied to our fate The end is knocking"
-- Avenged Sevenfold

View profile
This is really good. I loved it. I have read alot of things and this was by far one of the best. Keep up the good work, your writing is amazing. I'd love to read the whole thing if you wouldn't mind.